Thor inserts himself in the middle of a battle between The X-Men and the Brotherhood of Evil Mutants. 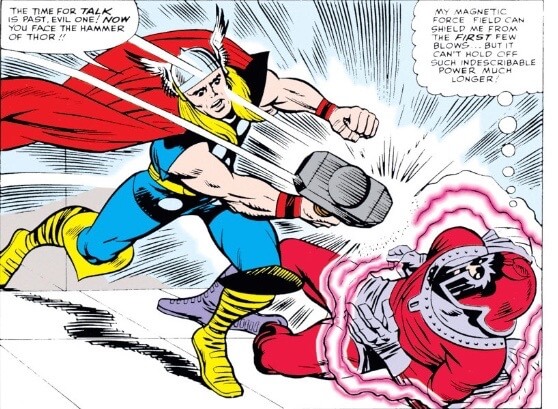 Thor vs. Magneto.  It’s not a bad comic, but there’s something really odd parts to the plot points.  First, Thor’s hammer is apparently susceptible to magnetism, because Magneto separates Thor from it (he can’t lift it, but he can create a magnetic forcefield around it).

This makes Thor revert to his Donald Blake form.  And despite the fact that he just held his own against Thor (and has taken on the entire X-Men), Magneto can’t seem to defeat Don. 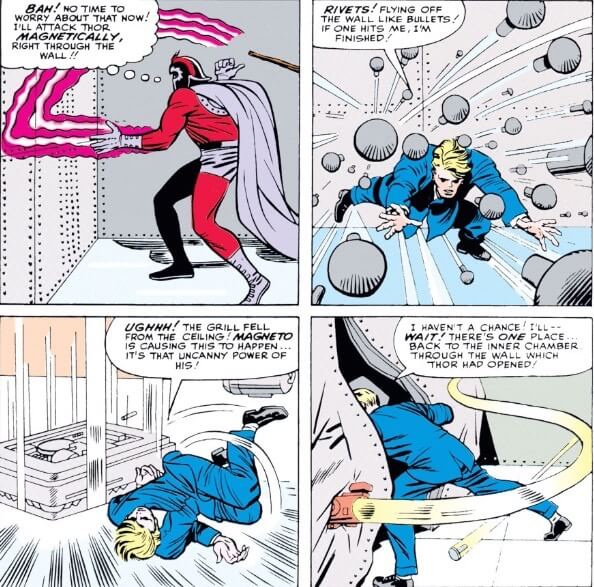 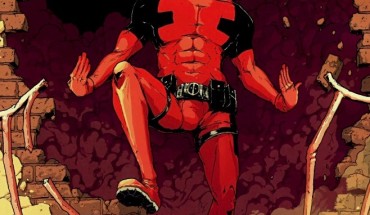 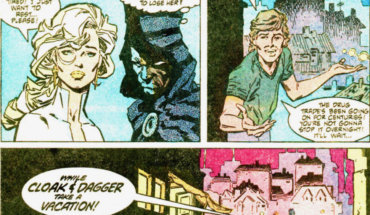 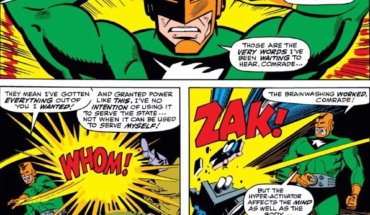