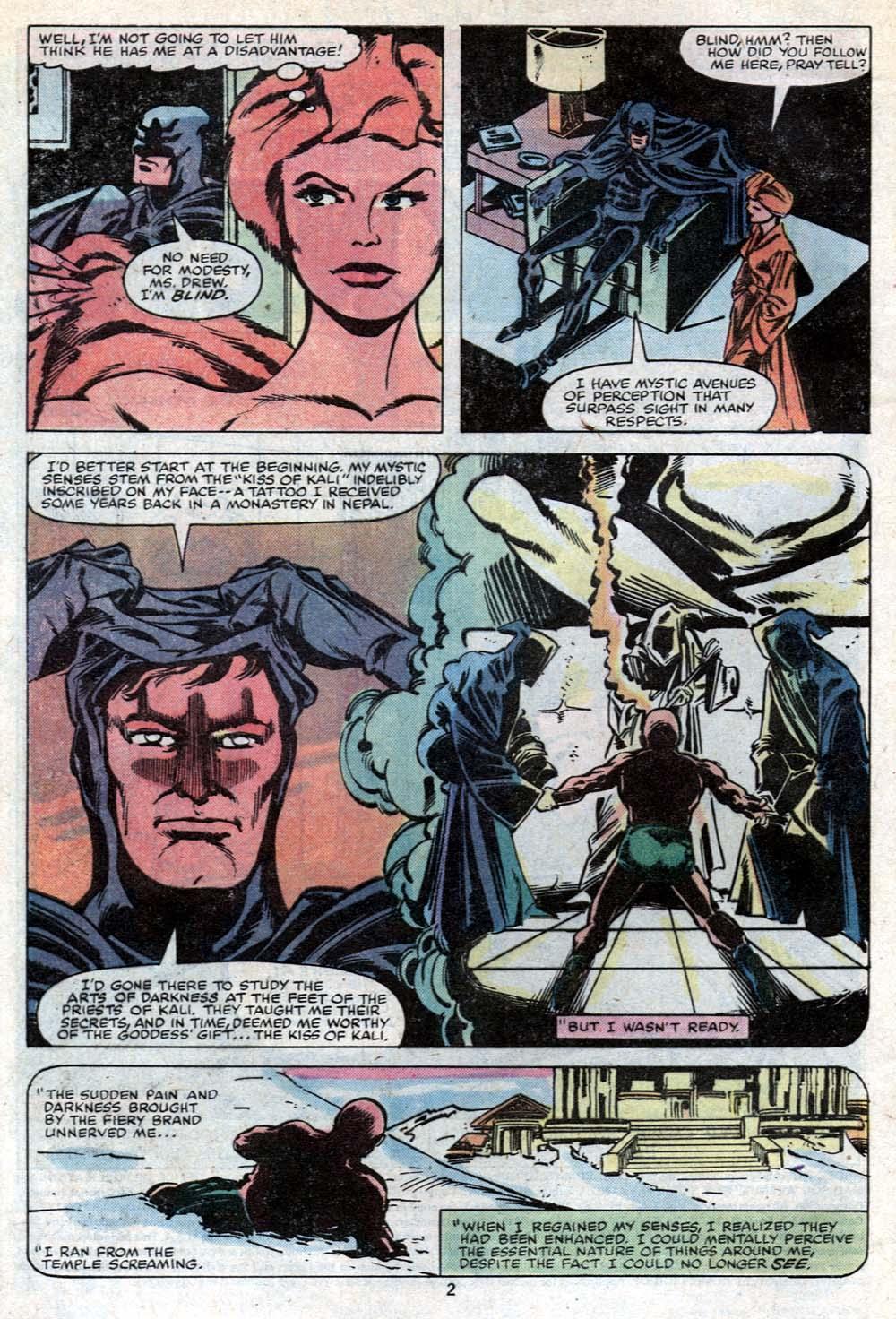 A story involving The Shroud, who gets his expanded power set to “summon the darkforce”–making him extremely similar to Cloak, who will appear in Spider-Man in a few years.  He seems to be becoming a love interest for Spider-Woman. He’s definitely an improvement over the creepy SHIELD agent Jerry Hunt.  The page above basically sums up the issue: Lots about Shroud’s mystical history, and he’s in the room with a naked Jessica Drew.  But he can’t see her, ’cause he’s blind. This comic has really become just a way to bring back esoteric characters.  Nekra comes back, for the first time many years.  Also, we get more developments about Jessica Drew’s hair.

Mark Gruenwald has been with us for a few issues now, and he’s starting to make this book his own.  It’s better, but still not great.  I think it would be better if a better artist were on the book.  In this issue, we get a doctor clarifying that Spider-Woman has pheromone powers, and we also see Jessica giving SHIELD agent Jerry Hunt the boot, which puts an end to the remaining Marv Wolfman storylines.