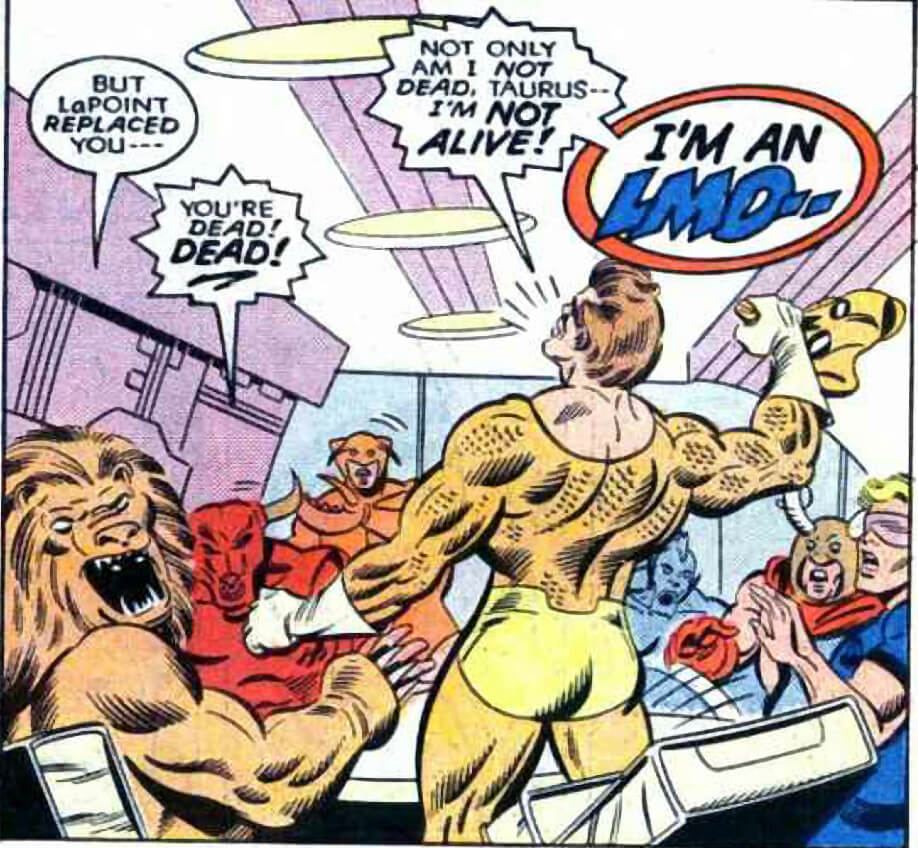 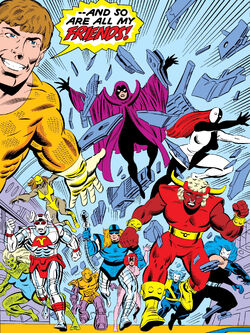 A bunch of Zodiac Life Model Decoys kill all the human Zodiac gang members and take over, but Taurus escapes and asks The West Coast Avengers to protect him. 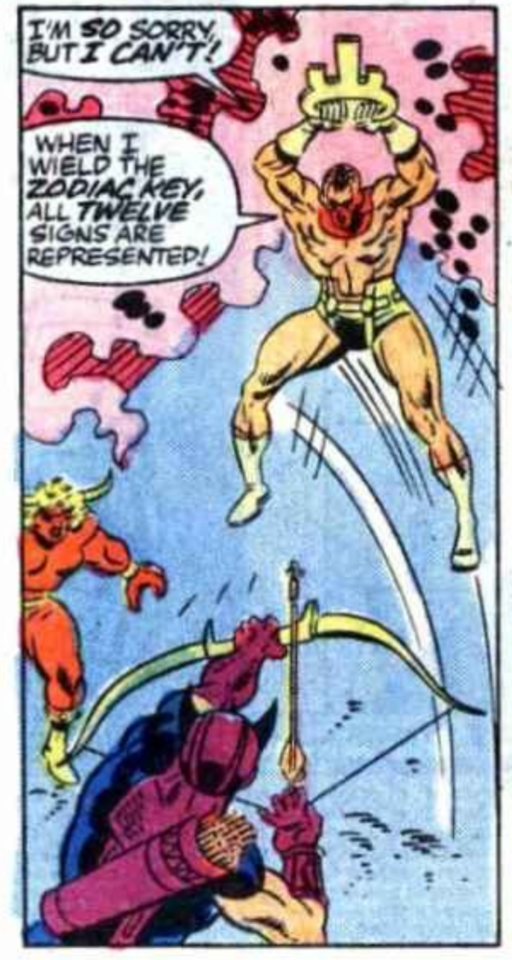 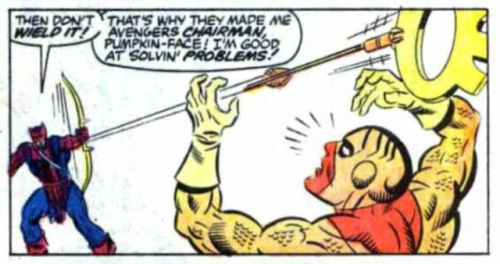 Then, the WCA take the rest of the three issues to blow up all the LMD Zodiacs.  They really aren’t very good at their jobs. 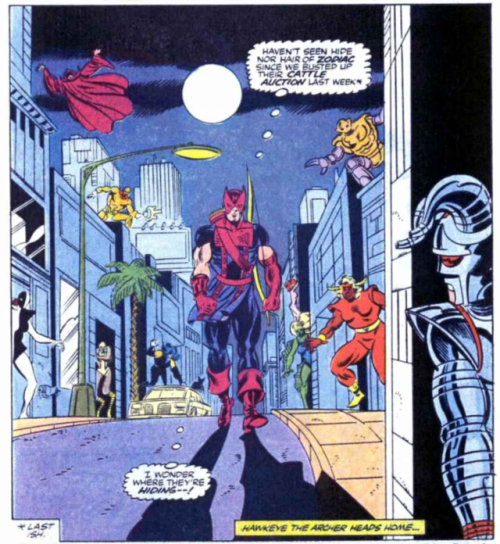 Moon Knight basically does it all on his own, which hurts Hawkeye’s fragile male pride. 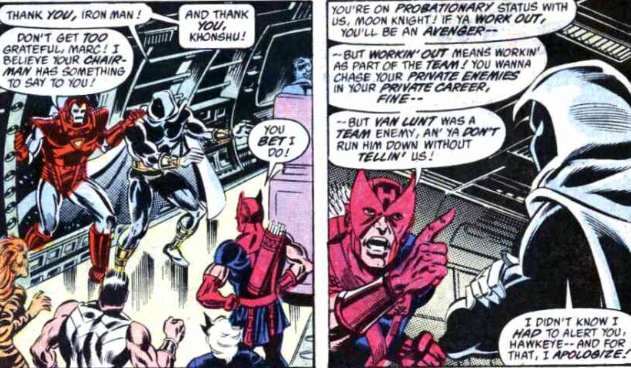 Moon Knight’s apology feels hollow.  Because he feels the righteous power of Koshnu…

That’s basically it.  Except that at one point Mockingbird calls Nick Fury for help and we learn that he smokes cigars in the shower. 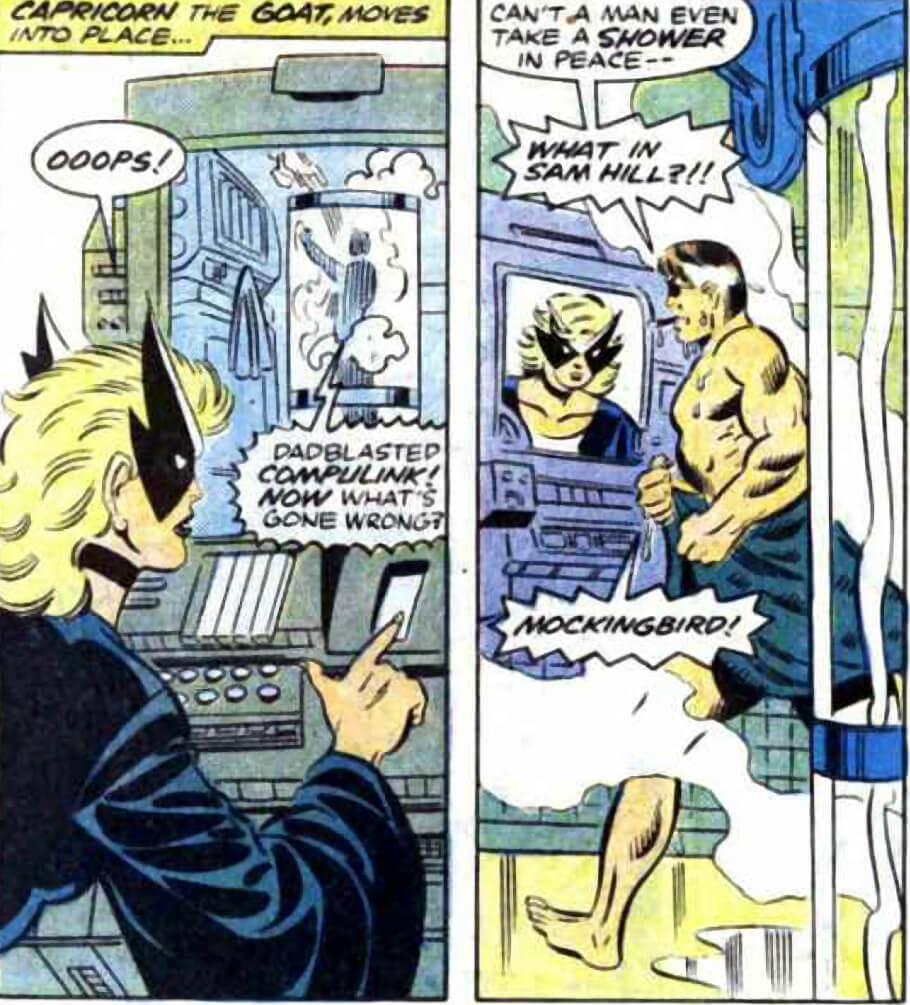 And hates computers.  That’s dumb.  He’s the top spy in the world—he has to like computers. 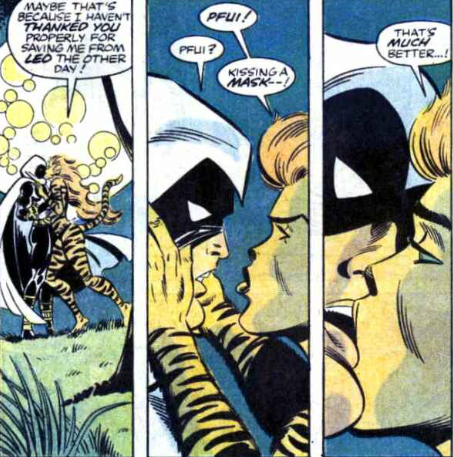 Moon Knight hasn’t even been working with the team for a full adventure and Tigra’s already hooked up with him.  It’s pretty uncharacteristic of MK, who has in the history of his appearances only been with one woman.  And this will definitely not be the last time I complain about Moon Knight in this book.  Tigra is still the team slut, trying to sleep with every member.  And all the mystery and interesting aspects of Moon Knight are completely ignored—he’s just some dude saying, “It’s not you, it’s me.”  Ugh. 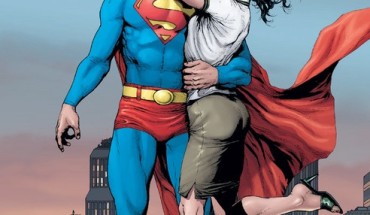 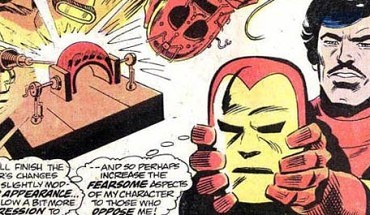