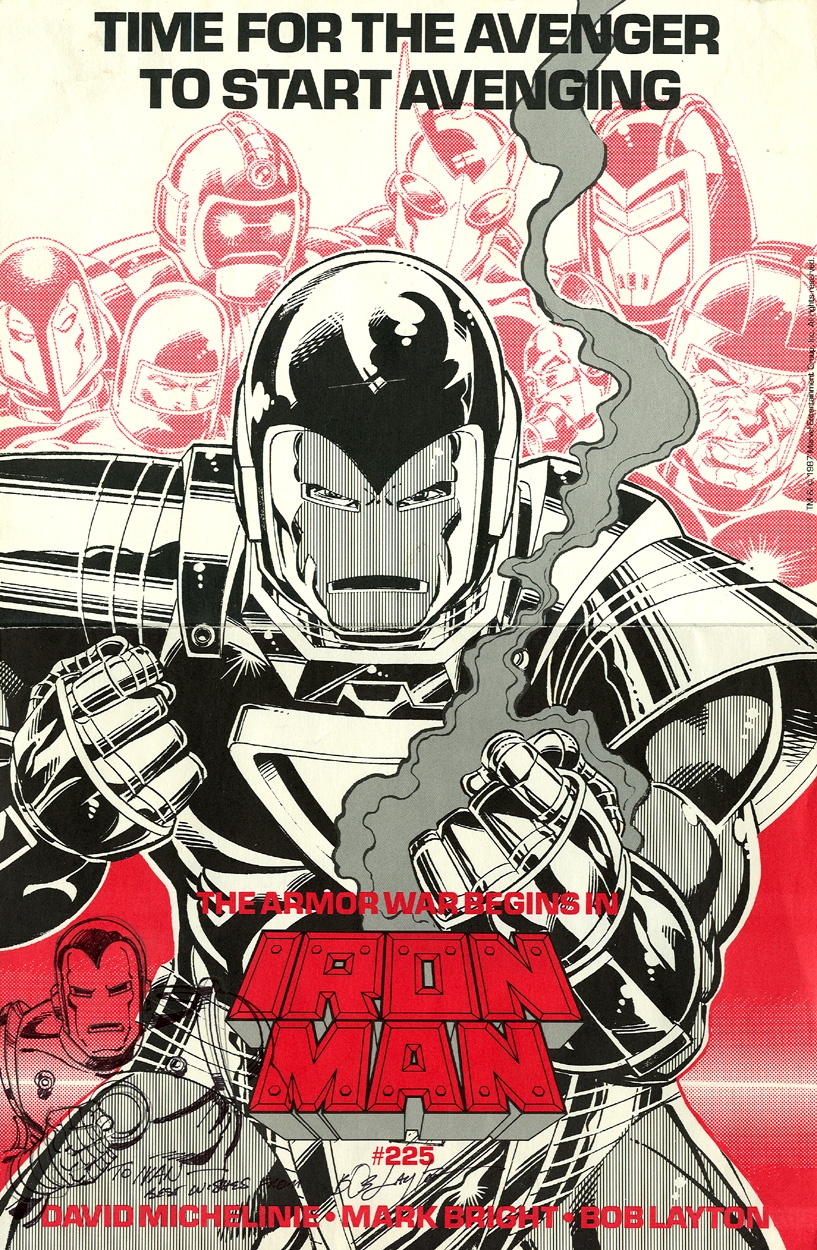 “Iron Wars” was a clever way to have a half-year event, but make it easily digestible in single-issues so that new readers could easily jump in.  Spymaster (who is now dead) stole and sold Iron Man’s armor designs to Justin Hammer, who in turn started making suits for anyone who would attack Stark International.  In response, Tony decides to go on the warpath against EVERY SINGLE armored Marvel villain. It began with a story titled, “Stark Wars” (get it, like Star Wars?), a double-sized issue that establishes the “too many villains have armor” theme with the best and lamest: Stilt Man!

Then, across these issues, he takes on Mauler, Controller, Beetle, and other minor villains most people have only seen in an issue or two here or there.  (So another benefit of this event is that it really values the faithful comic nerd!)

The other Avengers warn him he’s going too far (which is strange—all he’s doing is rounding up badguys!), and then, of course, they’re right…

…because not every armored character is using stolen Stark tech.  I have to say, though, that it fits with Tony’s ego that he assumes nobody but him can build weaponized metal suits.

Plus, Stingray is not a bad guy—he works for the government.  So…

Tony Stark feels compelled to fire his alter-ego so that he can continue to track down his stolen tech without his company being involved.  This enables him to go after Stark tech that’s not even stolen, like SHIELD’s Mandroids, which Tony built for them under contract. In all this drama, The Captain (Steve Rogers’ new identity) asks Tony to design a new shield for him.  Now, technically, that’s not armor—so Tony shouldn’t have a problem with it.  (Note: This story line ties directly to Captain America #339.)

Stark’s motives for giving Captain a new shield are to win him over, so Cap won’t stop Iron Man from seeking-and-destroying government property like The Mandroids.

But when Tony goes after government jailers The Guardsmen, whose suits were built by Stane using Stark’s concepts, The Captain goes after him… This is a logical place to break this summary in two, since it shows Tony Stark becoming increasingly alienated from his allies in his single-minded pursuit of “his” intellectual property.  I put “his” in quotes because, again, some of the targets purchased their armor completely legally.

Iron Man’s antics in the superprison will lead to a big breakout in Captain America #340.