In which we meet Janet Van Dyne who very quickly falls in love with Ant-Man and becomes The Wasp.  Hank gets all mushy… 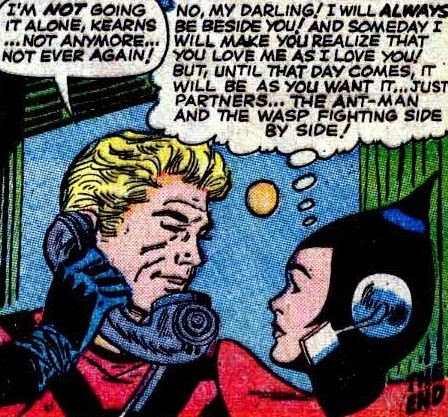 The seeds of her utter adoration are planted right from the start–the kind of “putting Hank on a pedestal” that will lead to her receiving abuse from the man for decades to come.

Very “soapy” writing, but to be fair, they were still figuring out how to do superhero-specific comics–as opposed to Western/Horror/War/Romance, the standard genres of the time.