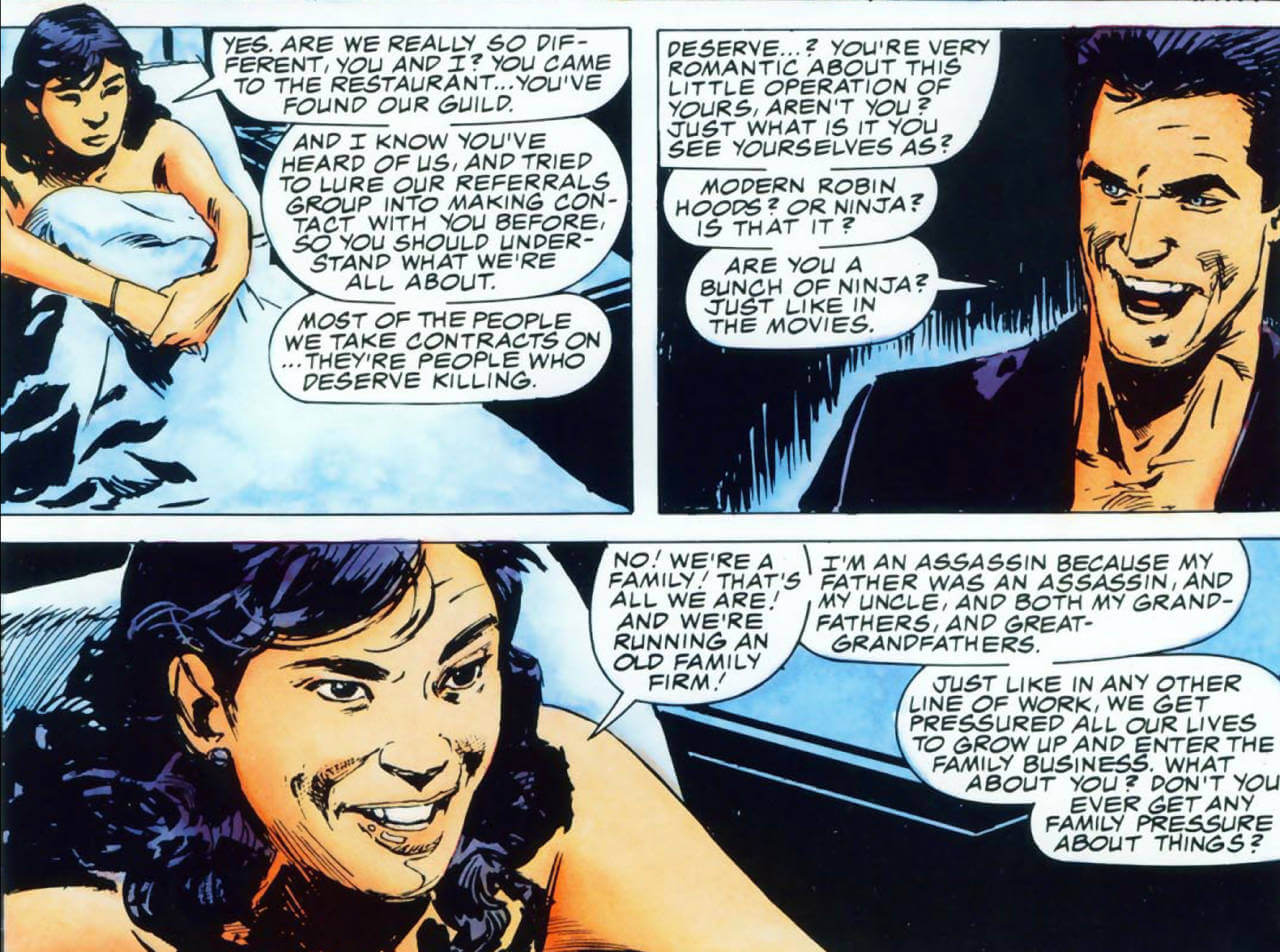 The short version: An assassin’s guild run out of Chinatown starts killing people, Punisher (in his undercover identity of John Maxwell) falls for a female leader in the guild, and decides that the people they are killing are people who should die, so he partners with the guild.  In the end, he doesn’t stay with the woman, Reiko, but his fondness for her causes him to allow the guild to continue to operate in “his” city.

I have to say, when Punisher is “chatty,” like in the panels above, he’s not that interesting. 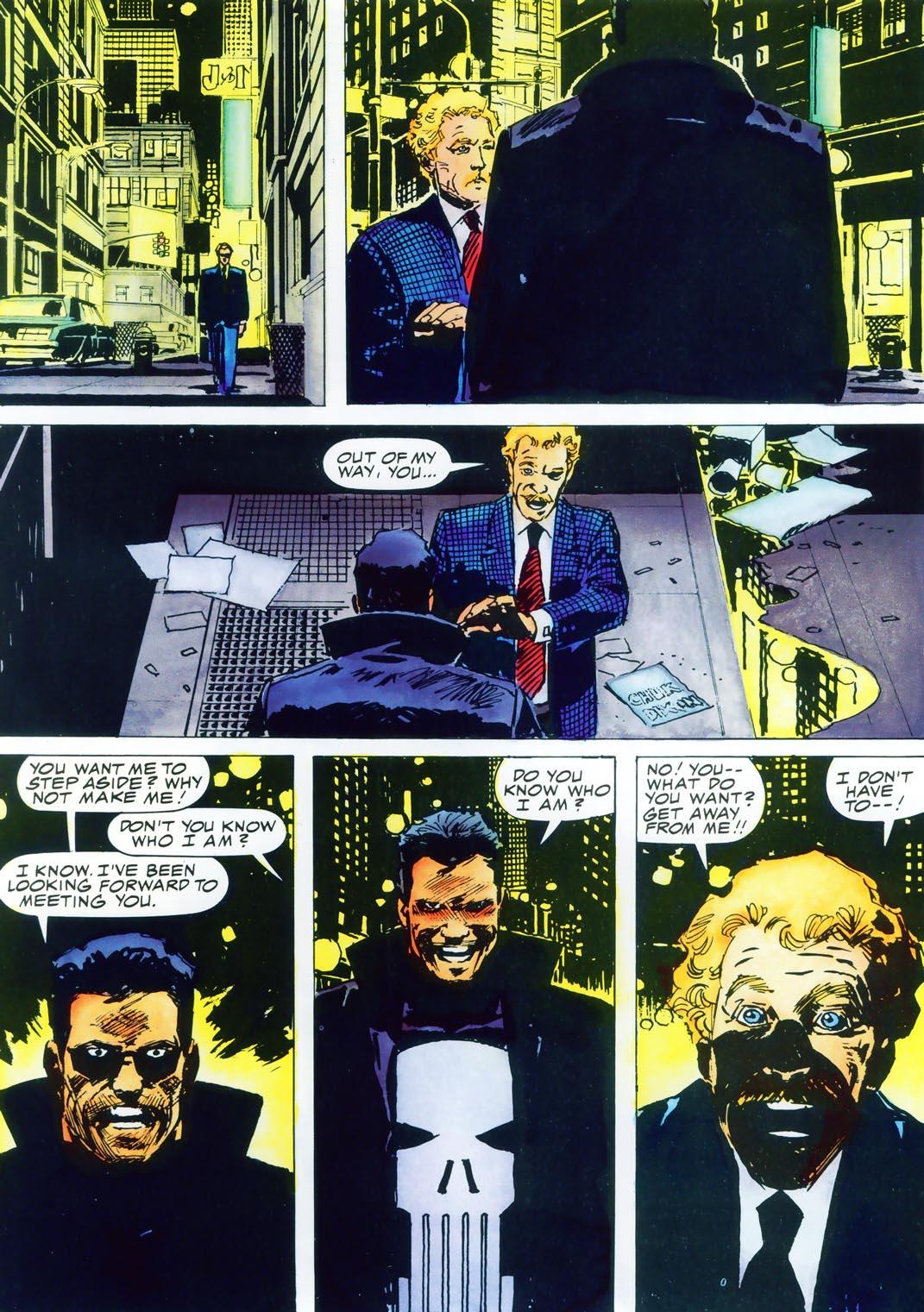 Even in the sequence above, when he confronts a “bad” guy–Punisher should never say, “Make me” to someone.  He’s just not a verbal badass.  It’s fine when he’s thinking to himself… 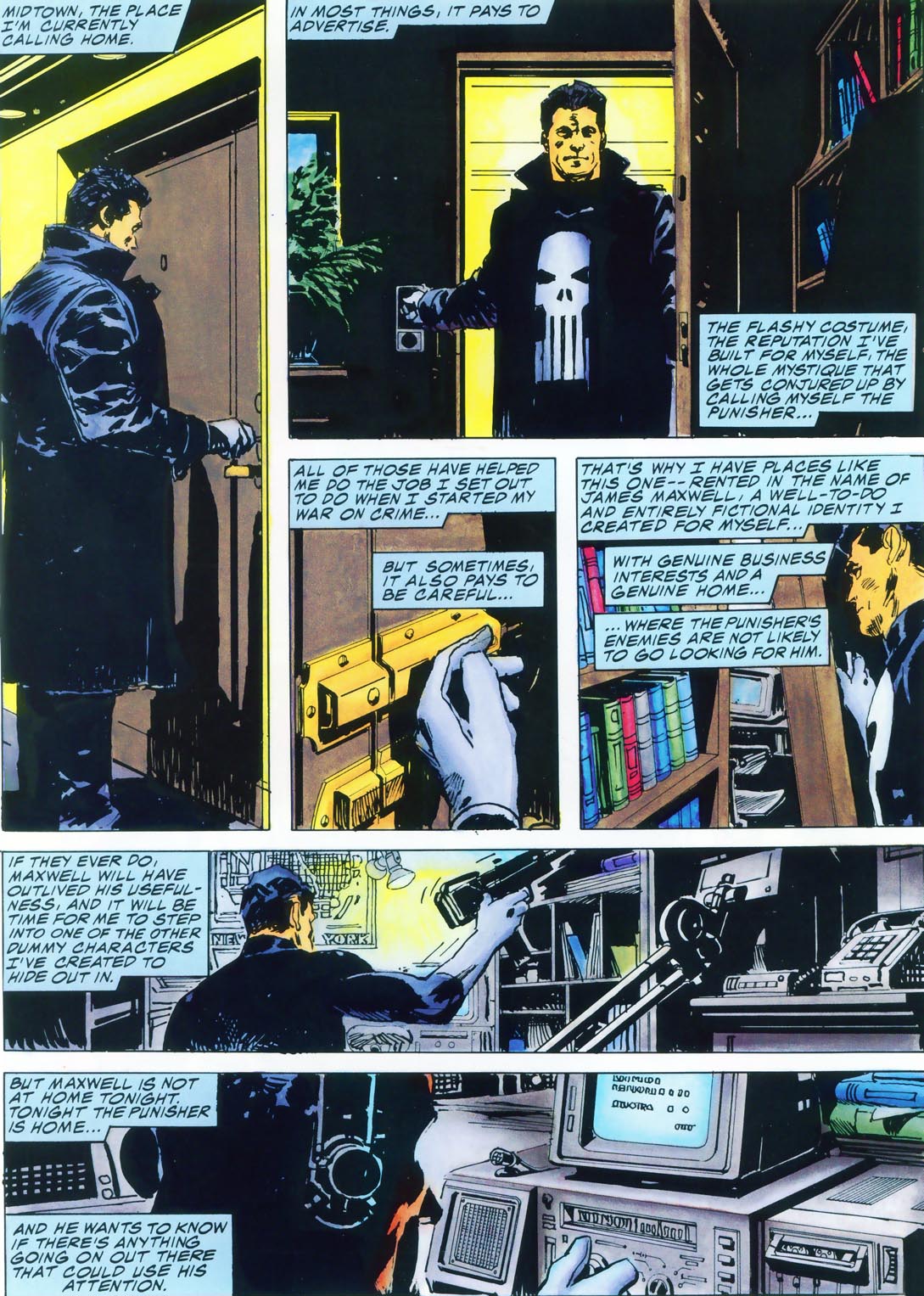 That’s characteristic of him: He has an internal life.  Having him know how to use computers and surveillance equipment makes sense, too–he’s resourceful and will take the time to learn what he needs to learn to get the mission done.

I’m also not a big fan of Pun in love.

But it’s not a terrible book. 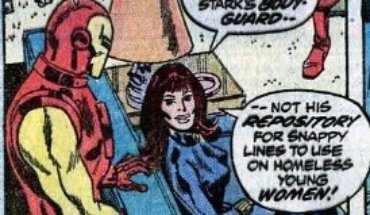 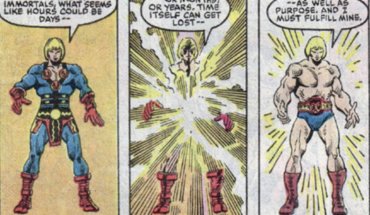