The second comic in the Marvel Universe, and only because it birthed a legendary character. 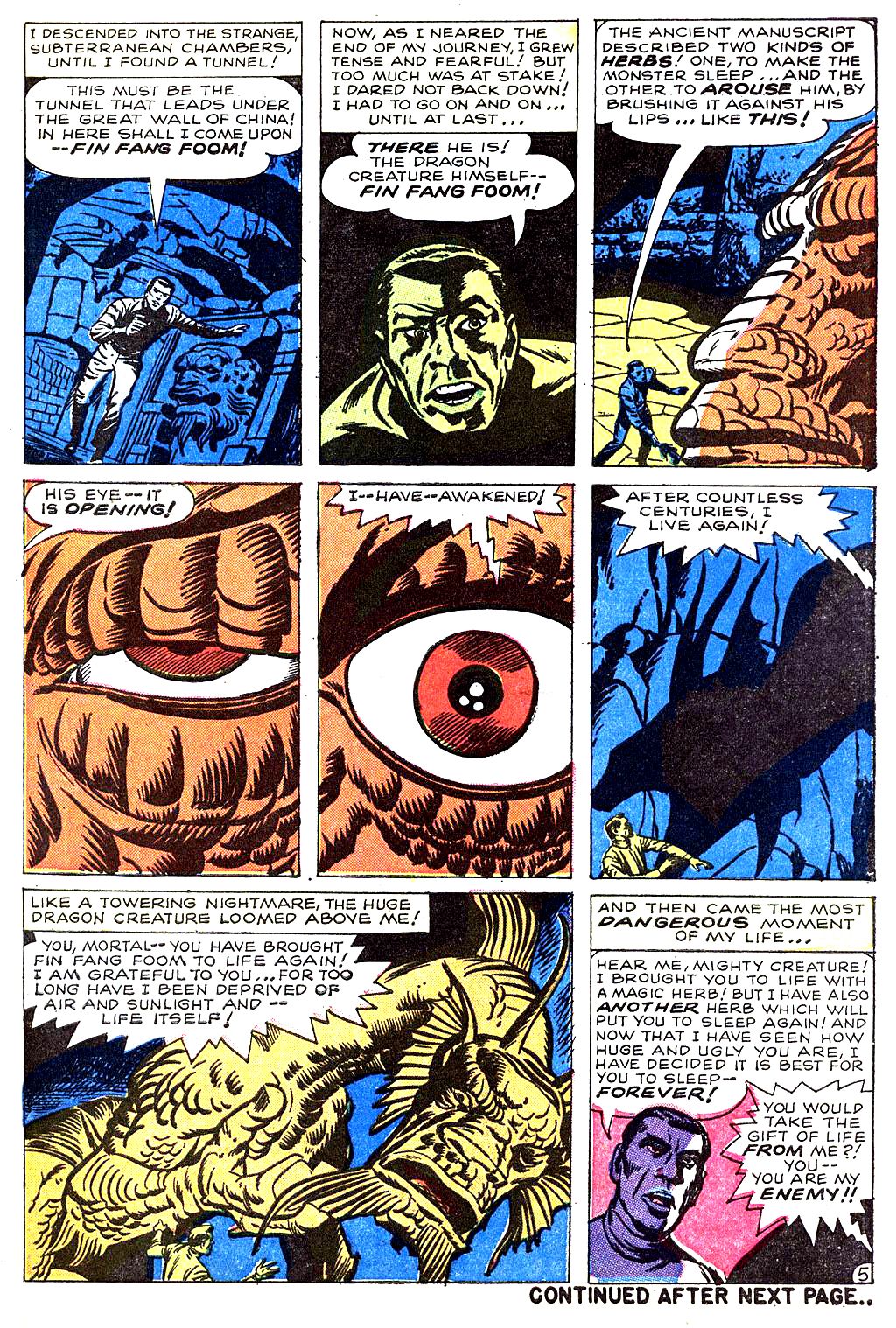 Fin Fang Foom was probably Jack Kirby’s most famous “monster”–and he created a lot of them.  In the creature’s origin story, a Chinese teen rouses the ancient dragon Fin Fang Foom to fight the Chinese Communist Army and then, after Foom destroys them, he puts the dragon back to sleep.  But not until after he destroys the Great Wall.

Foom didn’t appear again until 1974, but he became so popular that, in retrospect, this done-in-one horror comic really needs to be thought of as the second issue in what we now know to be the Marvel Universe.