The Wasp gets her stinger blast!  Interestingly enough, it’s not a stinger at all….

Also in this issue, Egghead “eggs” (goads) Giant-Man into attacking Spider-Man so that, while the heroes fight, Egghead can rob a bank.  But Giant-Man’s ants tell on Egghead, and the heroes go get him. 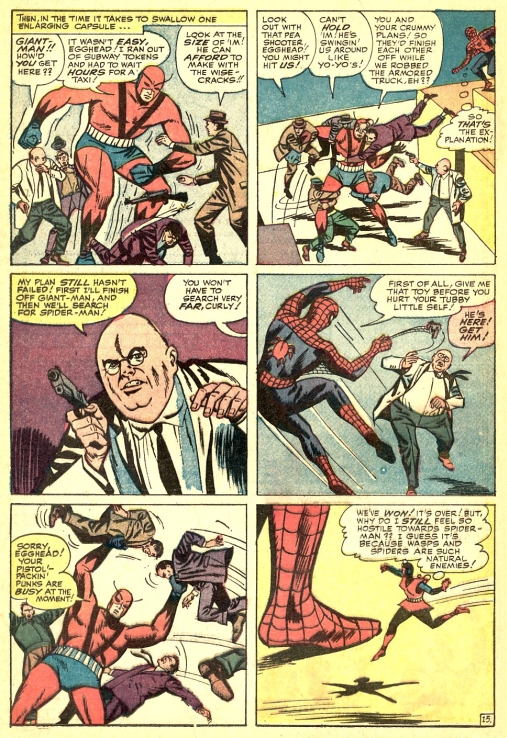 Finally, Janet doesn’t like Spider-Man because, Hank says, wasps have a natural dislike of spiders. 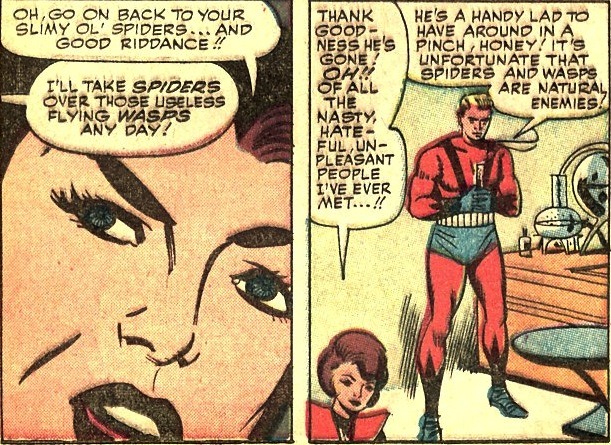 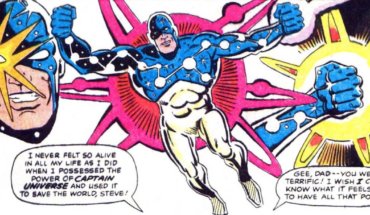 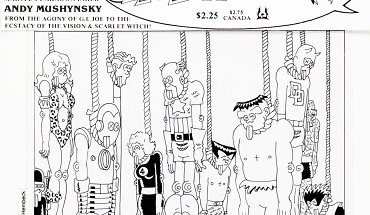 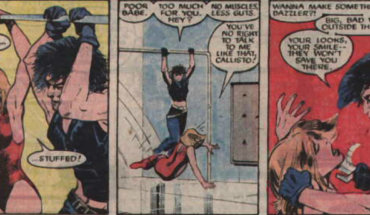