“Captain America must die!”  Grant Morrison’s most famous Batman arc was titled “Batman Must Die!”  Was this where he got the idea?

And, Cap breaks his arm.

This extended storyline represented the first time Captain America took off his costume out of shame and anger towards where his country had gone.  The story starts with issue #176, which is also a penultimate chapter for the extended Secret Empire story that ended last issue.  Englehart was writing done-in-ones (and twos) in The Defenders, but his Captain America stories were typically long and fairly complex.  He had a great ability to write all kinds of stories–big dumb action in The Avengers, weird and wonderful in The Defenders, and philosophical and thoughtful, here in Cap.

In the middle of this terrific arc, the old X-Men foe, Lucifer, is hired by a Harlem crimelord to fight Falcon for a couple issues. 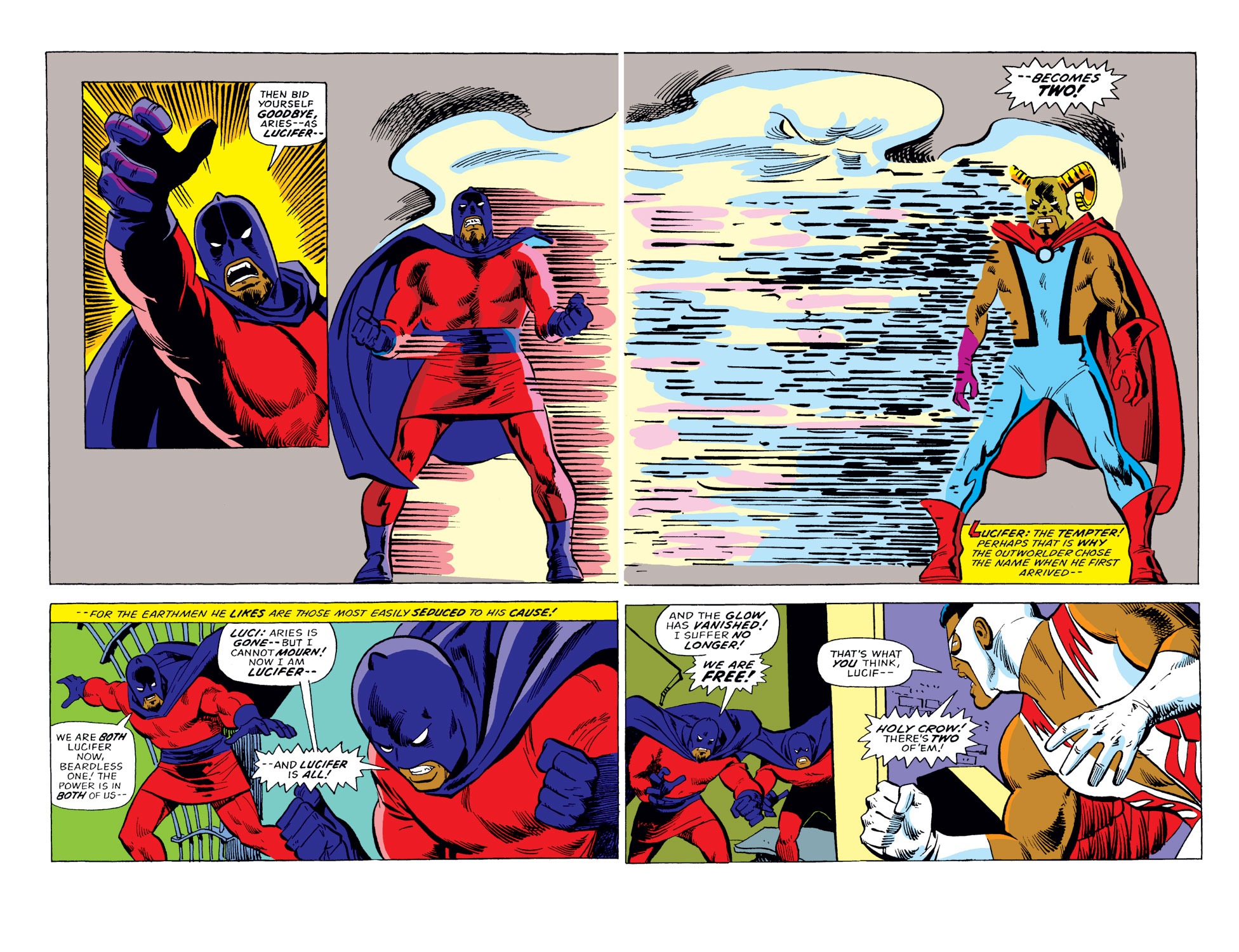 This was while the X-Men’s own book was cancelled, so their characters were up for grabs.  Steve Rogers helps, but only while wearing a ski mask, since he’s stopped being Captain America.

Falcon doesn’t appreciate this–he wants the man in the flag to help protect Harlem, not some honky in a ski mask.

Cap decides that since the Secret Empire went all the way up the chain to the President, his country is corrupt and he gives up being Captain America.

Of course, nobody wants him to quit.  Falcon keeps trying to convince him to put the costume back on.  Steve Rogers’ sense of duty is triggered when he sees his partner in a fight.  And there’s a weirdo in a yellow suit (Yellow Arrow!) who keeps attacking Steve Rogers in his civilian identity.

It turns out, it’s Hawkeye in disguise, trying to manipulate Steve back into being Captain America.

Anyway, their efforts work–but now how they planned. Steve becomes Nomad, The Man Without a Country.  I’ve read that the Nomad identity was actually Steve Englehart’s girlfriend’s idea. And just as this story might have inspired Grant Morrison, it also may have inspired The Incredibles, as Nomad has a bit of trouble with his cape while fighting Serpent Squad… 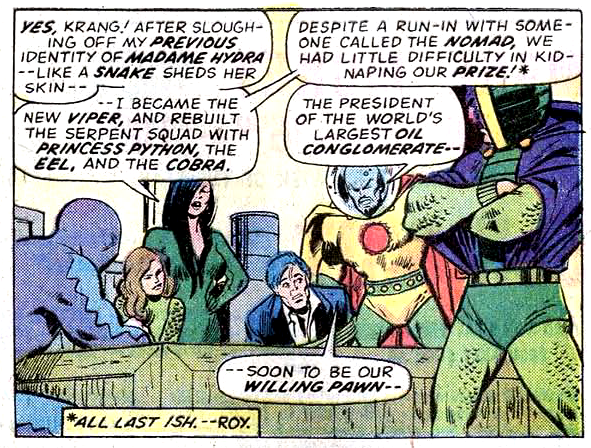 The Serpent Squad wants the Serpent Crown, so Namor gets involved. Also, it’s the first time Madame Hydra takes the name Viper.  She does so by killing the “real” Viper character who used to work for her. It’s a little diversion in the overall adventure.  It’s nice to see Marvel letting Englehart really tell a decompressed story that has plenty of time and room to breathe.

Mark Gruenwald gets a letter printed in #181, and he’s a future Captain America writer.  That’s neat. And, of course, it ends with him back in the old duds.  What finally convinces him is a bunch of copycat vigilantes in Cap suits decide to carry out his name and one gets the crap kicked out of him. Then there’s a really weird retcon of Falcon’s origin where he was a street hood named “Snap” Wilson turned into Falcon by Red Skull.  Not sure why it’s here–it feels tacked on. 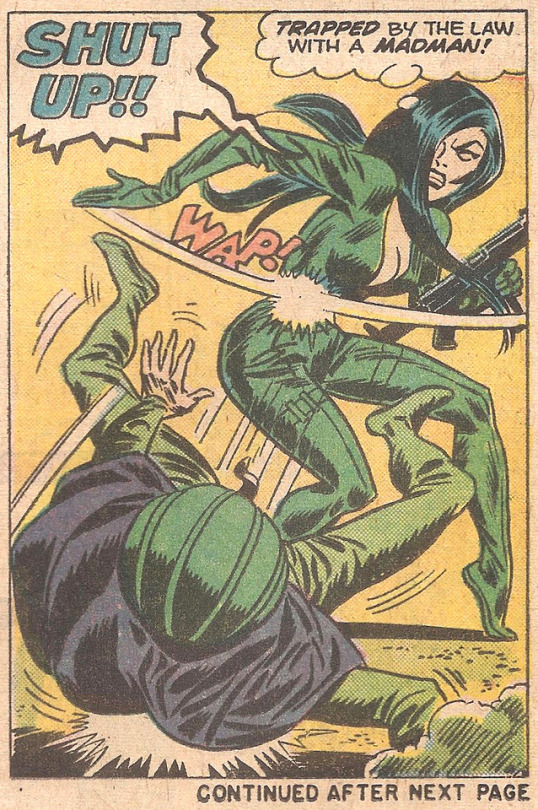 After this, Steve Englehart quits.

Creators: Steve Englehart and Sal Buscema (up to #184), Frank Robbins (the rest)