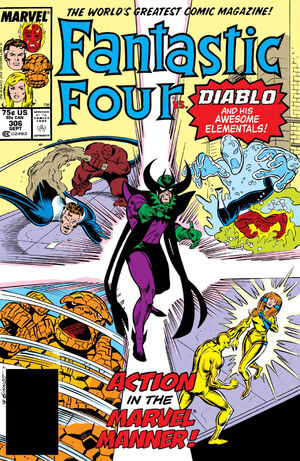 It’s an “old school” cover, with multiple action scenes that try to show how jam-packed this issue is.

Sharon says no.  But at least she lets Ben touch her…

Sharon is a rape survivor, and can’t stand men to touch her.

While I do enjoy those kinds of covers, this issue isn’t really that dense.  It’s a good issue, though.  Mainly, after bringing Human Torch’s ex-girlfriend on to the team, Thing brings his ex-crush to the team as well: Sharon “Ms. Marvel” Ventura, from his wresting days in his solo comic.  This is all hilarious and awesome.  Johnny marries the girl Ben was dating for decades, so Ben gets revenge by stacking the team with hot chicks Johnny can’t have.  Brilliant.

With all the new players in place, Franklin sums it up.  Out of the mouths of babes.

And, of course, the comic must have action so Diablo shows up and gets foiled again. 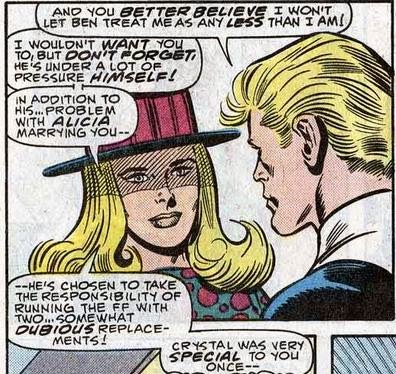 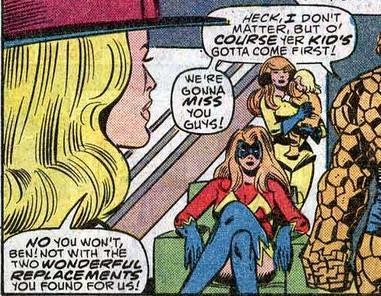 And finally, in the end, Sue and Reed leave. 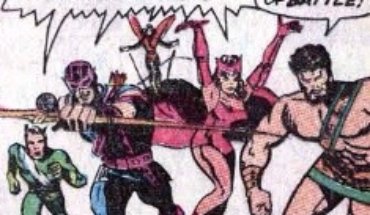