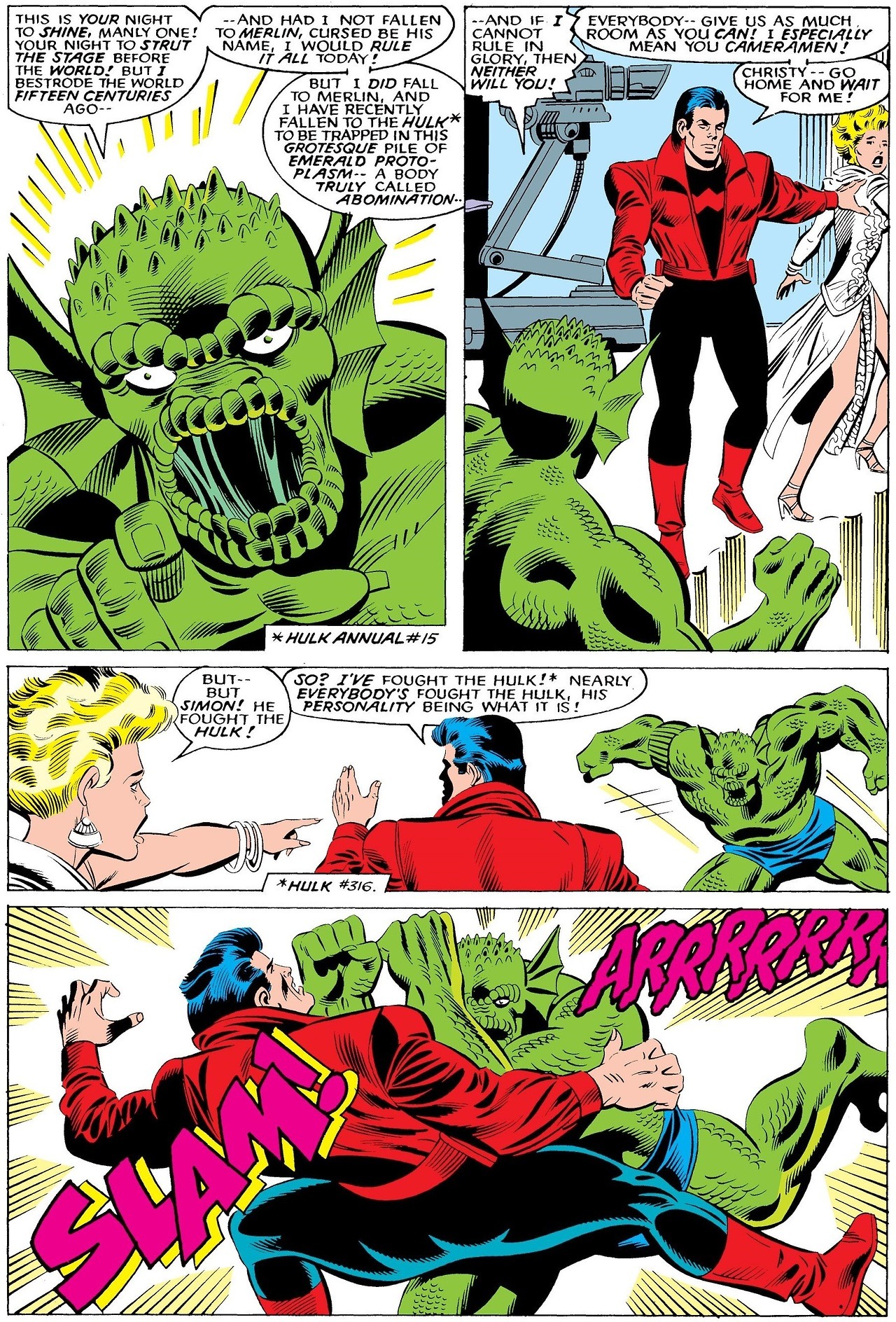 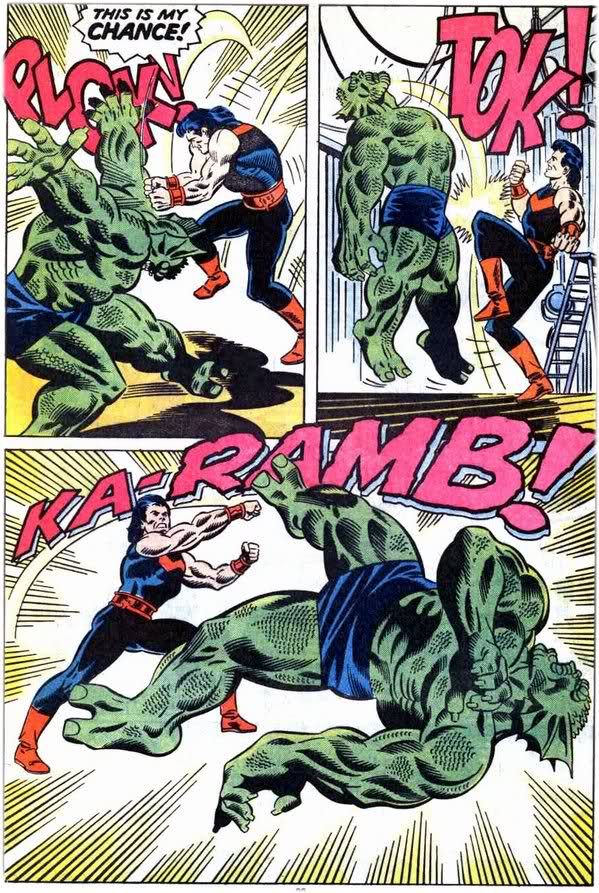 Wonder Man is in Hollywood, and gets a big movie role in a blockbuster, and then becomes a complete tool and decides to quit being a hero and just act.  Also, Steve Englehart’s depiction of Dino DeLaurentis is pretty racist.  Then, he fights Abomination for reasons I can’t understand and learns that Hollywood is unkind so he goes back to the West Coast Avengers.

He beats him a little too easily.  I mean, Abomination has taken on Hulk. …Hank Pym is an athiest and… Moon Knight says goodbye to Frenchie and decides to hang out with the WCA for a while. Sniff. Sniff.