For his first issue, Tom DeFalco makes the interesting choice to have a story where Thor doesn’t actually appear.  Well, he does, but only in flashbacks.

The flashbacks, as the cover promotes, are new material from the old Secret Wars comic: Enchantress tells her baby sister, Lorelei, about how she fell in love with Thor but blew her chance to be with him.  Look how she cries when she thinks he’s dead. 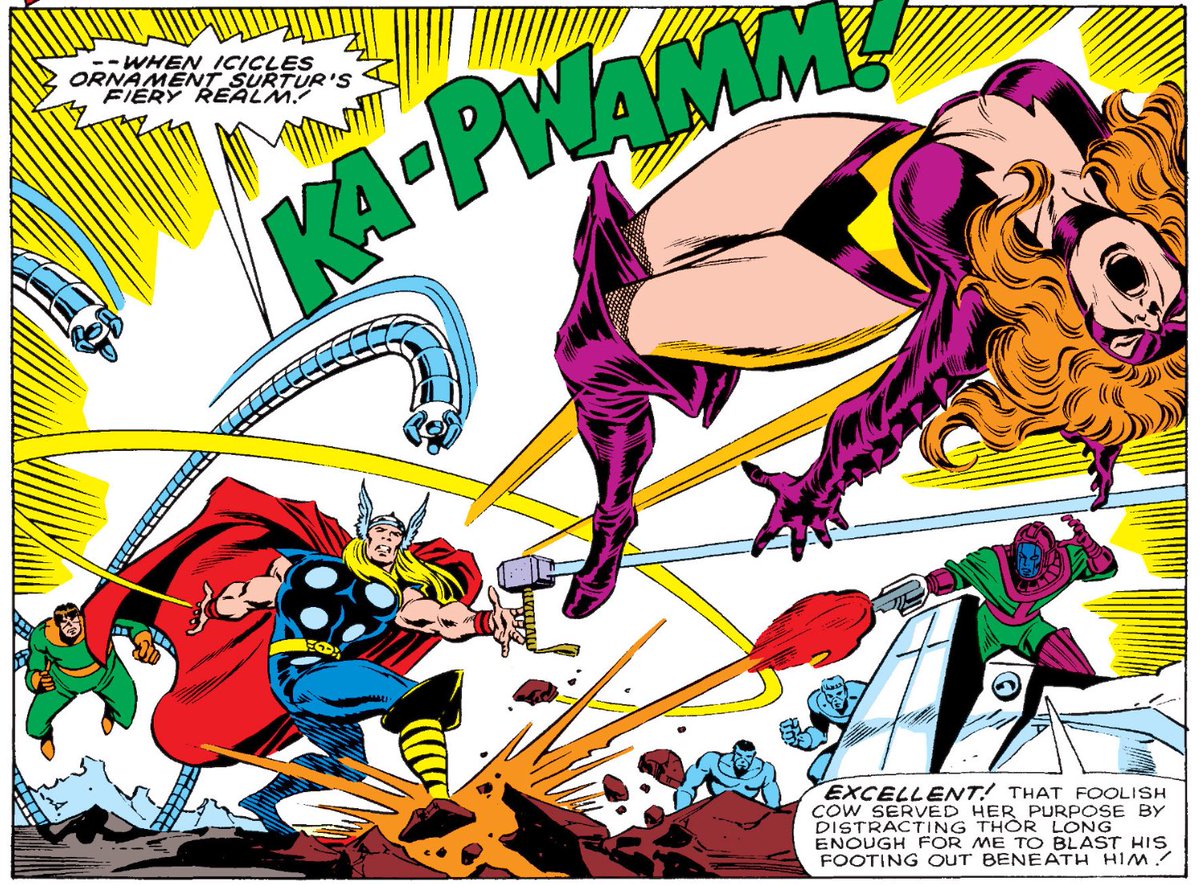 Well done, and a wise way to phase readers out of the epic Walt Simonson Thor run, which is still one of the best of all time and is, frankly, an impossible act to follow.

Creators: Tom DeFalco and Ron Frenz
Grade: C+.  Above average. Actually, for Thor this would be a B- given that, other than Simonson and Lee/Kirby, there aren’t a lot of Thor comics that are above average.