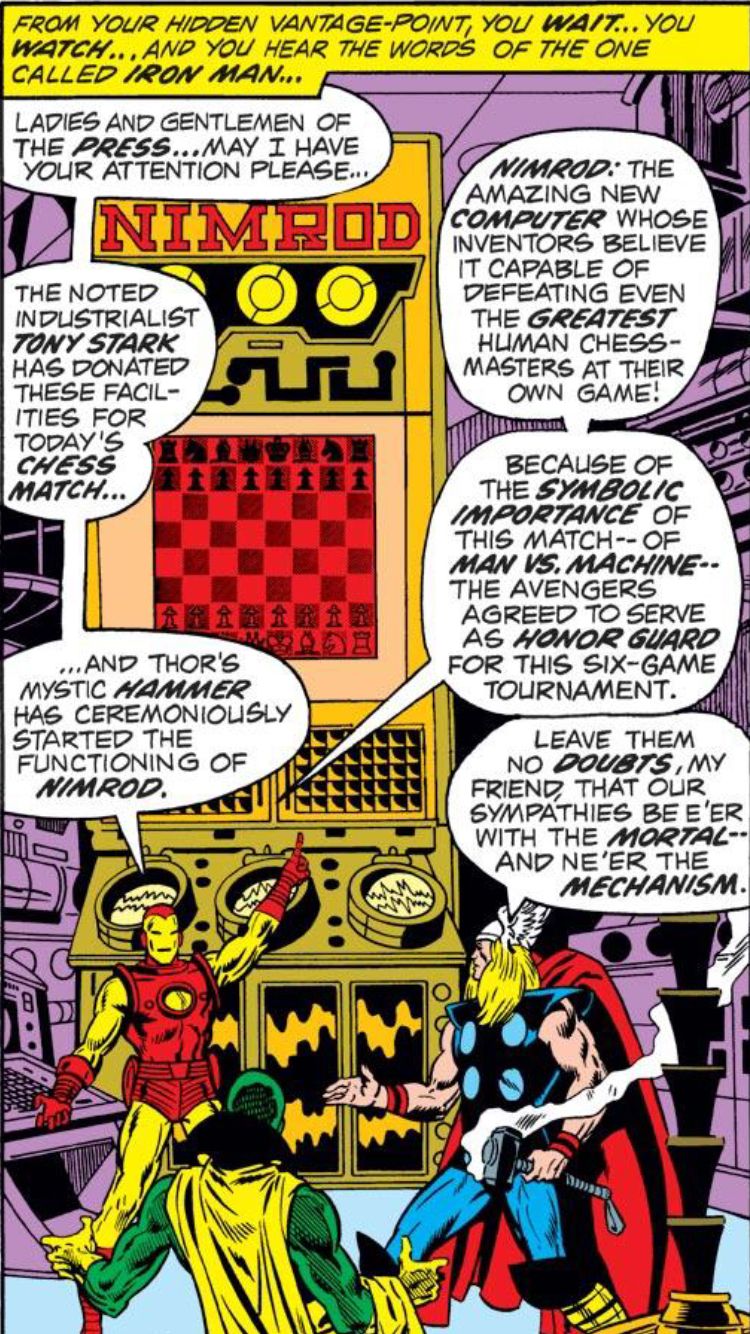 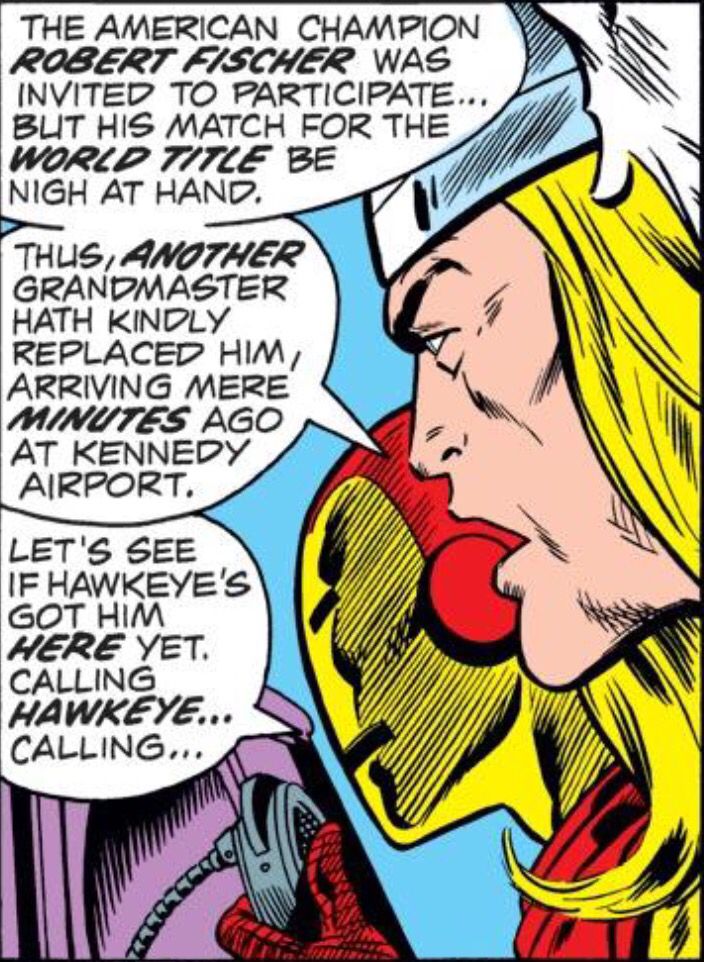 …who gets killed during the match by Leonard Tippit, a guy who The Watcher essentially turned into an assassin.

Watcher gave him Leonard the power to do this, and he actually kills five people during the issue.

The Watcher first appeared in the Fantastic Four in his white robes, but for some reason they thought it was better for him to be all blinged out in gold here.  And he’s telling someone to commit murder to save the timeline.

There’s also this great way he explains the meaning of time, as a tree.