One of the best things about Nocenti’s run are the Christmas issues.  In this one, DD teaches the Hells Kitchen kids not to steal on Christmas.  And then, suddenly…IRONY! The other aspect of this issue: It involves a guy who kills himself by strapping himself to a lightning rod, and being electrocuted.  Immediately thereafter, it’s snowing.  That’s weird. I’ve never seen it lightning in a snowstorm. DD is hanging out with the Hell’s Kitchen kids a lot, but he’s not a very positive role model and the presence of kids doesn’t lighten the tone of the book. 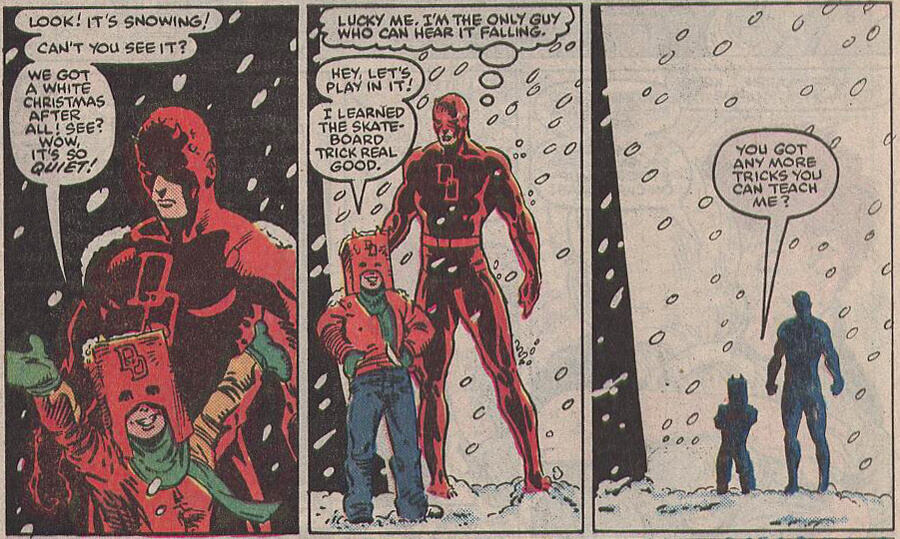 I still like Ann Nocenti’s approach to the character.  It’s tonally dark, which is consistent with Frank Miller and other DD authors before and after her, but there’s a strangeness—almost surrealness–to it that feels unique.
This is also Todd McFarlane’s first Marvel comic, I think.

And a Mike Zeck cover!