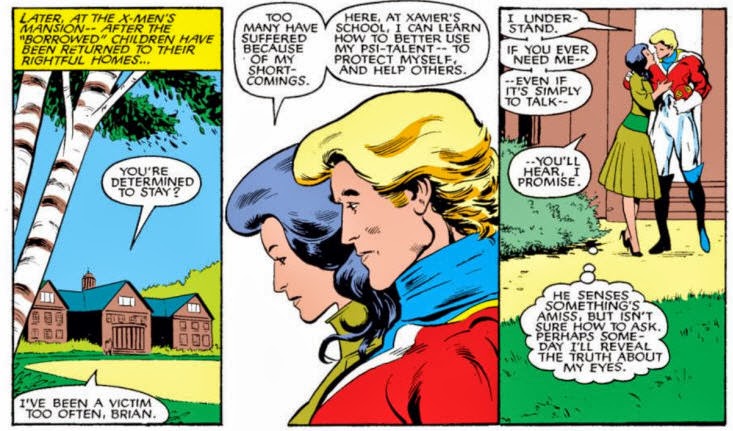 Captain Britain drops his baby sister off at Xavier’s school.

Mojo artificially ages the kids and gives them powers.  One is Jubilee:

Captain Britain gets involved, since his sister Betsy (Psylocke) has been kidnapped, so this is the first time we’re seeing him with the X-Men.  In the coming years, he’ll be firmly folded into the X-Universe.

Part of Mojo’s plan involves de-aging the heroes into kids—but that effect wears off at the end of the story.  Warlock has a huge role in this issue, being largely immune to Mojo’s powers.

The captives are freed from the Mojoverse, and Psylocke is left with artificial eyes, given to her by Mojo.  Also, Warlock and Doug “Cypher” Ramsey are starting to become symbiotic in a way kind of similar to Venom and Eddie Brock, only not evil.

We then move over to the X-Men annual, in which Longshot formally joins the team.  We start with a big reveal that the bionic eyes she got from Mojo in the New Mutants annual are actually transmitters to Mojo (come on, who didn’t see that coming?).  Mojo as a big TV producer gets some solid development in these two comics. Longshot’s appearance has the X-Men devolve into children, just as Mojo’s magic did to the New Mutants in the previous annual.  This means the New Mutants have to act like the adults and save the X-Men. 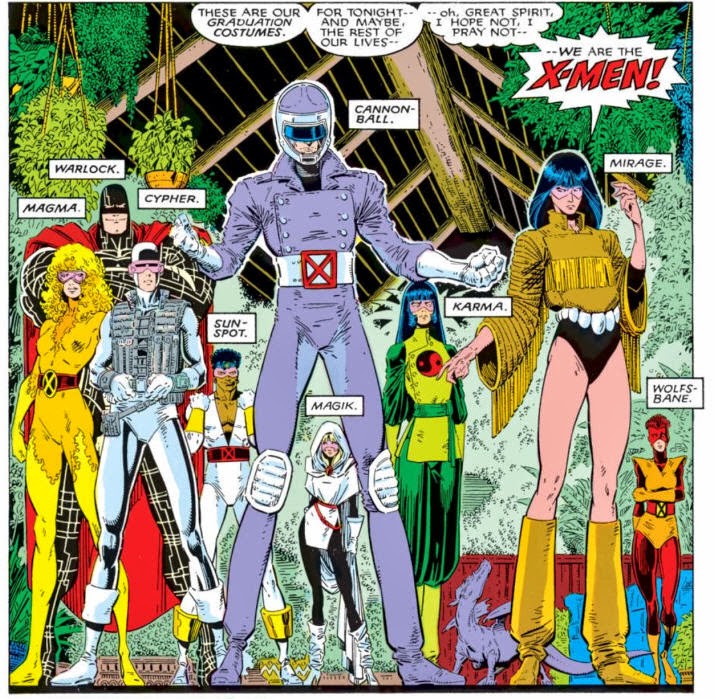 And Longshot gets to fight Spiral, at last.

It’s a very good story—both annuals are very good.  Chris Claremont is at the top of his game and he’s working with two of the best artists of the 1980s.