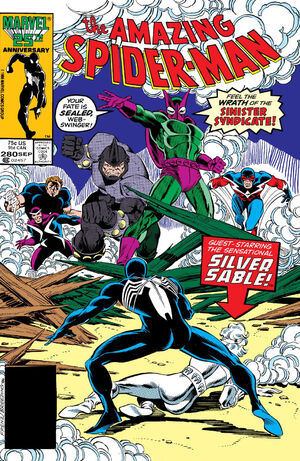 Silver Sable came to New York to hunt Jack O’ Lantern last issue.  Now, she and Spider-Man team up against a new team of villains: The Sinister Syndicate, comprised of Hydroman, Boomerang, Rhino, Speed Demon, and the new-and-improved Beetle. 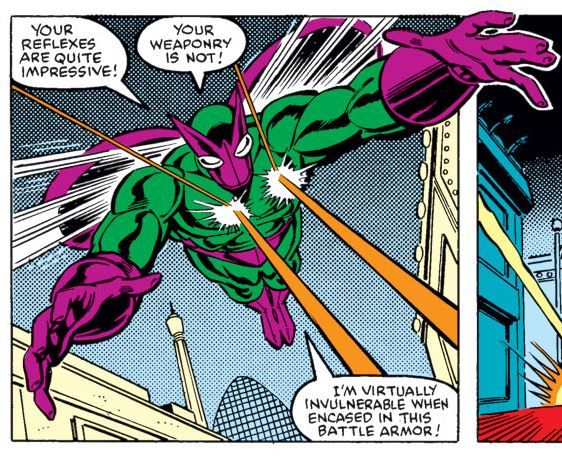 Meanwhile, Jack O’ Lantern is the latest villain to try to be hired as Kingpin’s lead assassin.  And he’s feuding with Hobgoblin, thanks to the scheming of The Rose.  Who used to be called “The Schemer.”  And who is Kingpin’s son.  (But none of that has been revealed yet.)

Anyway, just when it looks like the heroes will lose… 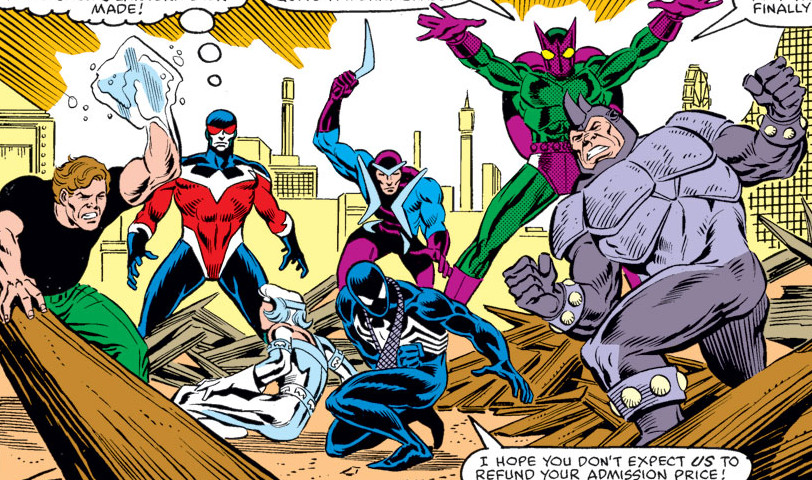 …Sandman shows up to help the heroes. 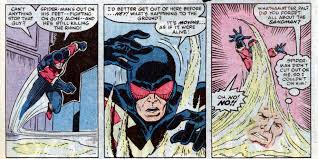 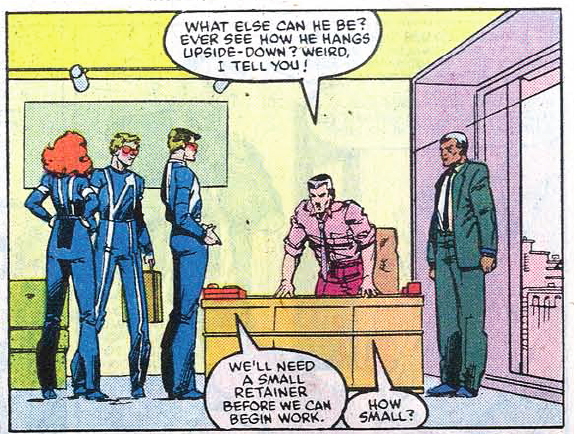 It makes for an interesting subplot. 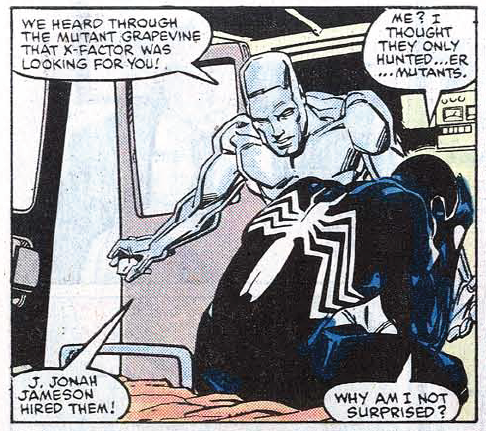 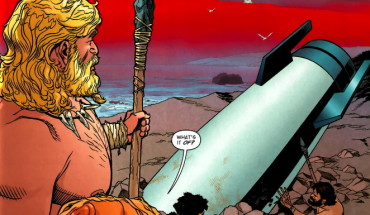