Before Orange Is The New Black came the Valkyrie-in-jail storyline, combining all my favorite things: Women’s prison stories, superheroes, and blondes.  It’s very cool–I think it’s the first time Marvel put one of its heroes in jail.

Part of Enchantress’ spell that put Val in Barbara Norriss’ body makes her unable to fight women, so the big boss of the women’s prison gang pretty much has her way with Val.  I wish this storyline had been developed more–I could have read at least two full issues of it. 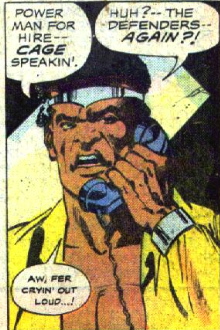 But, like with every Steve Gerber story, there’s a lot more in these issues.  For one thing, Luke Cage guest stars. 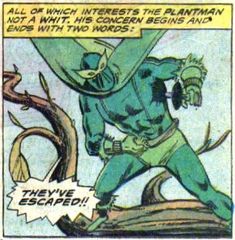 For another, Plantman appears as a solo villiain for the first time.  If you think about it, a dude who can control plant life should be pretty powerful–yet in prior appearances he’s been mostly teamed with lame partners like The Eel and Unicorn or taking on Human Torch by himself.  Now, he takes on the entire Defenders team.

While recovering from brain surgery, Kyle Richmond gets kidnapped by Plant Man.  Kyle’s turning into a full-time “hostage” type.  That’s a role most 1970s comics relegate to women, so atta boy Steve G. for doing some gender switching.

Then, Plant Man also captures Dr. Strange and Red Guardian (who is still in the U.S. after doing brain surgery on Kyle because Strange hypnotized her Russian handlers into letting her hang out for a while).

Plant Man is kinda tough in these issues.

And then, if all that wasn’t enough for just three skinny issues, Elf with a Gun shows up and kills some tourists in the Grand Canyon.  EwaG may be the slowest burning storyline of the 1970s. 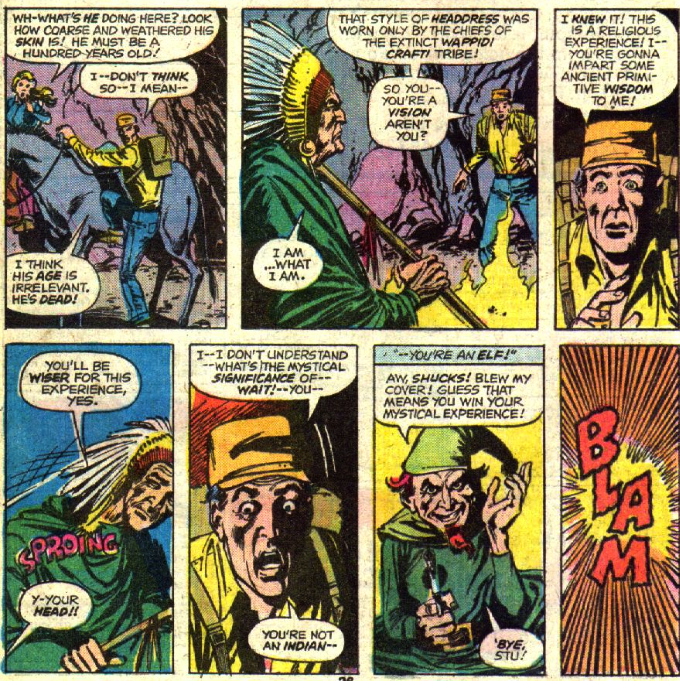 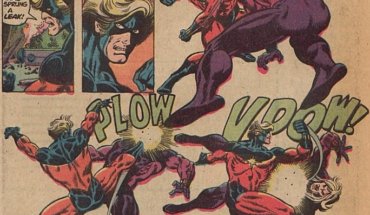 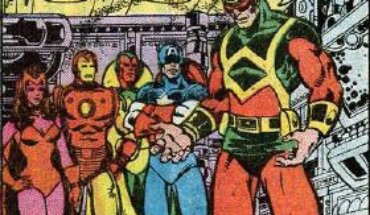