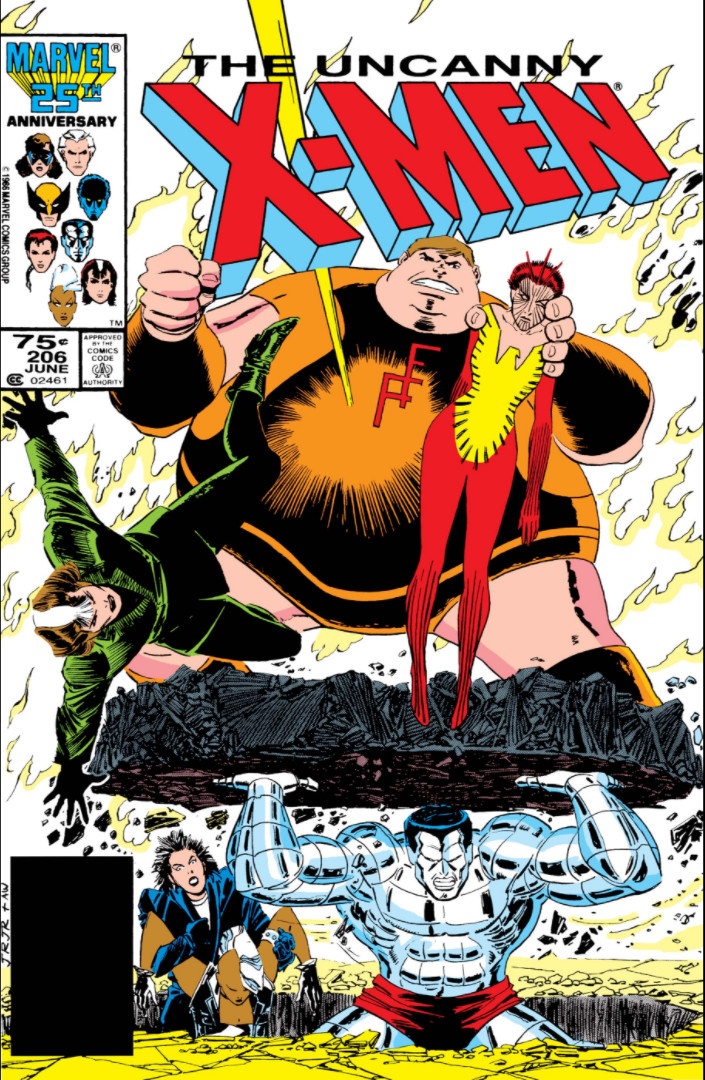 The return of John Romita Jr.!

The X-Men are all out in San Francisco, which means we get to visit with the original Spider-Woman as well (now de-powered) and future X-Factor character rock star Lila Cheney.

Then, it’s time for a big battle with Freedom Force.

Freedom Force are basically the first Thunderbolts team: A bunch of kinda villains hired by the government to serve justice, which, in this case, means hunting mutants.  The Spider-Woman from Secret Wars has joined the Force, so I guess we’ll be seeing more of that character.

Also, the team has Spiral from Longshot’s book, Blob, and my two favorite Brotherhood members, Avalanche and Pyro.