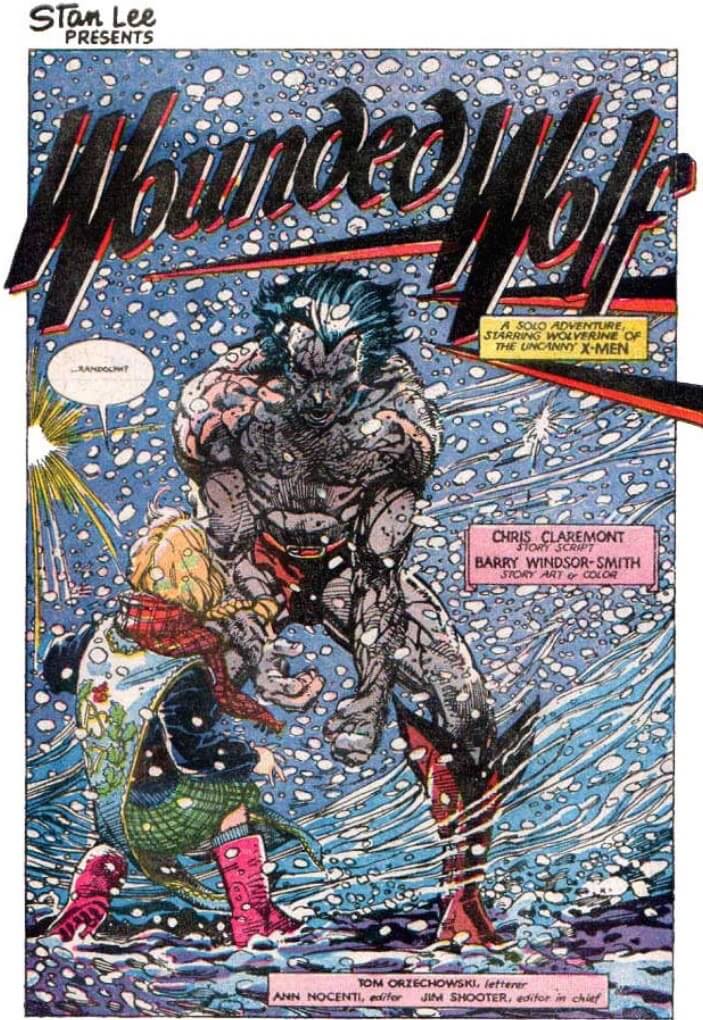 Last issue, Nightcrawler got a solo story.  This time, it’s basically a Wolverine story.  And it’s drawn by occasional contributor Barry Windsor-Smith, who has a somewhat abstract approach to comic book art and puts a lot of emphasis on the use of color and texture.  Not what you think of for a gritty character like Wolverine, but it works.  And it’s probably the reason he later was the artist on several projects that further defined the character in the early 1990s.

This is also the issue that brings Longshot’s “universe” of characters fully into the X-Fold.

Deathstrike, it’s explained, is targeting Wolverine to “honor” her dead father, who had some kind of adamantium visionary project that I admit I don’t fully understand.

The story opens after Wolverine has already sustained an attack that happened off screen, and he’s lost his memory.  It gradually comes back to him, as he goes into berserker rage mode, and he cuts Lady Deathstrike (who, remember, is his former friend Yuriko) to pieces—but not to death.

The framing sequence, or narrative through-line, is an appearance by Katie “Energizer” Power of Power Pack. 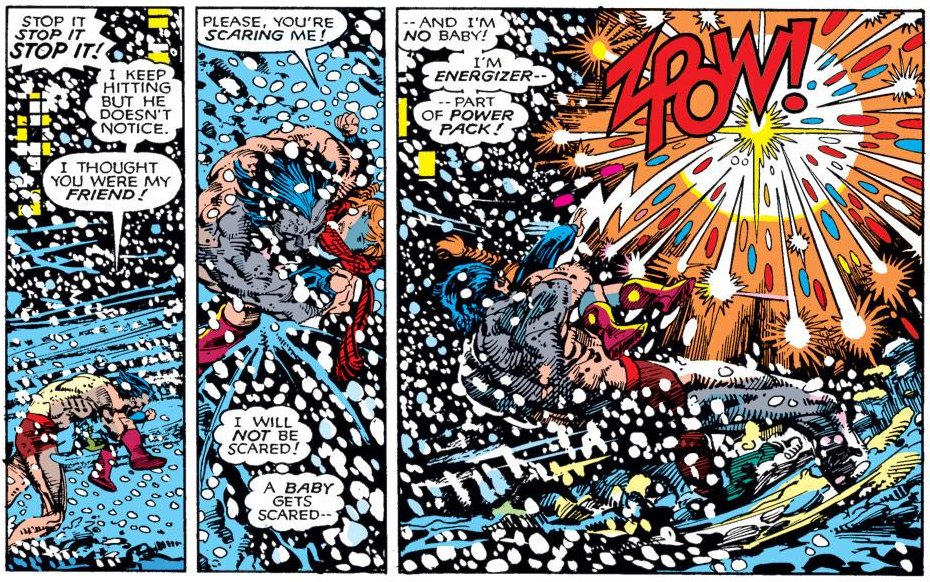 She doesn’t user her powers much in the issue, but she supports Logan throughout—she is lost in a snowstorm in Central Park, which is where the action happens.  It shows Wolverine’s ties to children—particularly little girls—which is a consistent pattern for him.  He’s also served as a father figure to Kitty Pryde, Jubilee, and others.  It’s a simple narrative device used to counterbalance against the potential for Wolverine to be a one-note character, like Punisher.  They did the same thing in the wonderful movie, The Professional. 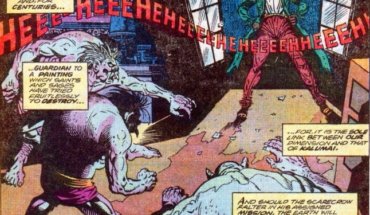 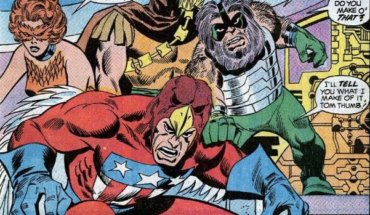 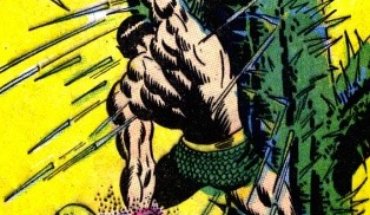