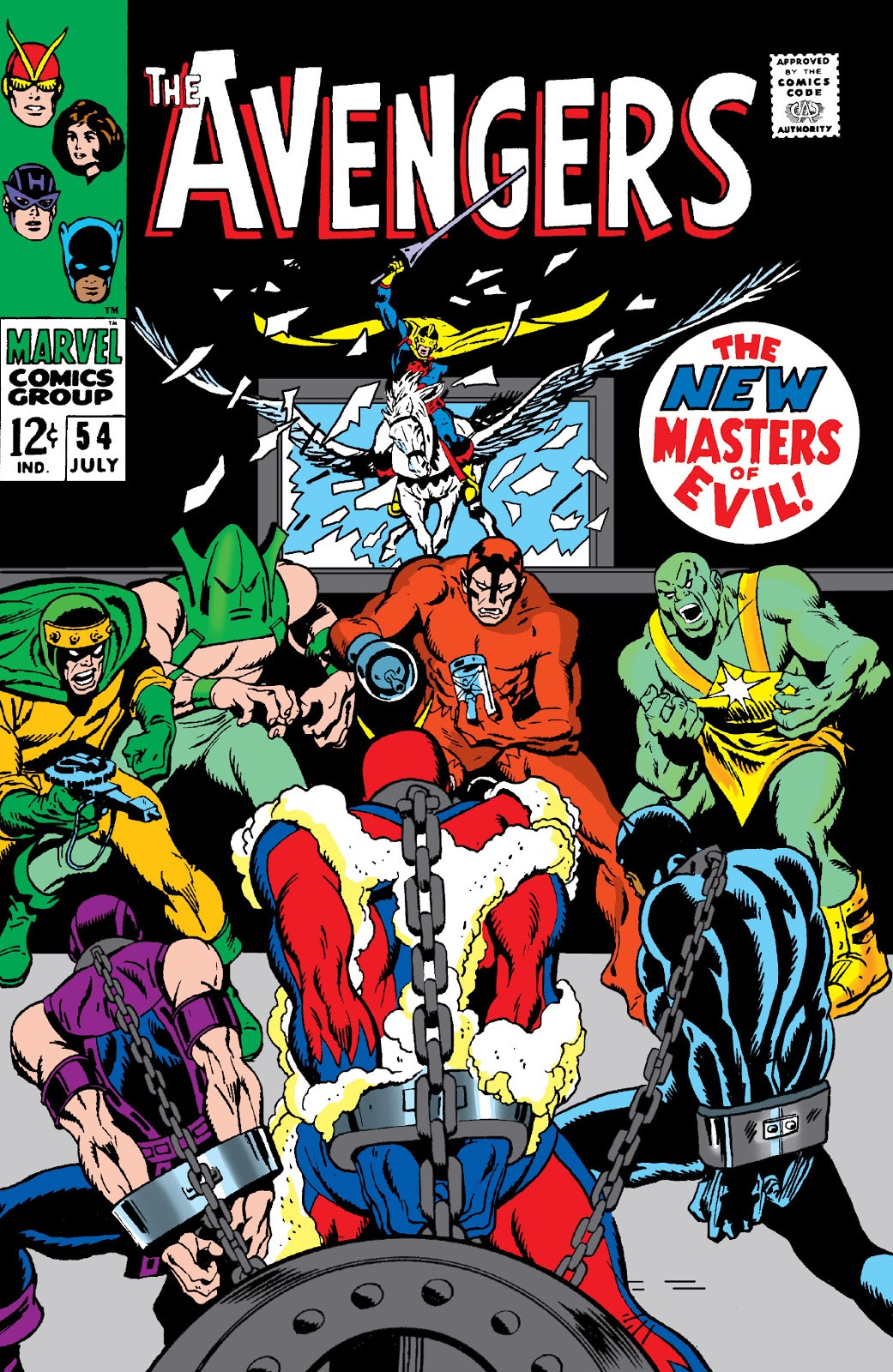 I can’t put enough exclamation points in the header for this one.  Roy and John’s Avengers effort, so far, has produced a goodly number of above-average issues, but here is where it begins its move to greatness.

I’m assuming you know the story, but in case you don’t: The greatness starts with the cover.  The team is in chains, there’s a new Masters of Evil…Awesome.

Then, there’s the splash page.  Why is it great?  Because it’s got Black Panther proving he’s got a brain.  Most non-Kirby appearances before this one didn’t feature his brilliant technological brain, but here is, front and center, working with Hank Pym.

Also, Hank is calling for Jarvis.  The interaction between “normies” and superheroes was something that made Marvel great in the 1960s, and it was a tradition that continued through the 1980s.  Nowadays, there’s almost never a scene of them interacting with unpowered folks—unless you count SHEILD, Hydra, etc. And Jarvis has a big role here: He betrays The Avengers for money, selling out their new security secrets (from the splash page, above!) to the new Masters of Evil to help buy medical care for his mum.  He does rationalize it later, saying he knew The Avengers would beat them, and there’s an indication that he was mind-controlled as well.  So we can forgive him.

Then, there’s the debut of the new villainous lineup…And their mysterious leader, Crimson Cowl, who is revealed to be a robot.

But not just any robot–Ultron 5! It’s not clear why he hides under robes, but there we go.  This is the character’s first appearance, and he morphs into the extremely cool looking robot above from this one, earlier in the story.

Plus, we have the new, “good guy” Black Knight taking an undercover role on the bad-guy team.  They figure it out, though, and beat him up.

Great story with lots of impact on future storylines, complex plotting, good characterizations…This is the best Roy Thomas can give.  And Buscema’s art just keeps going from great to even greater.