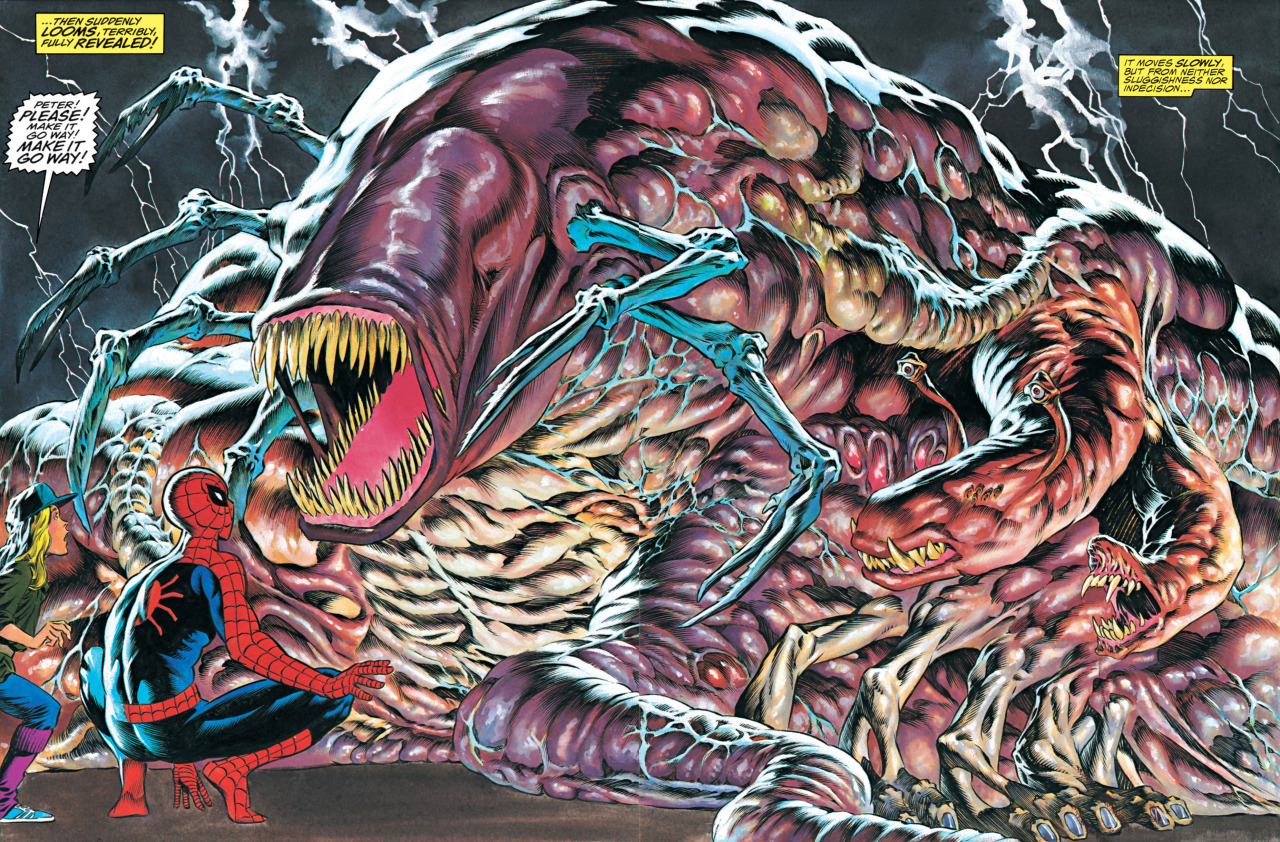 So here’s the thing about Marvel’s Graphic Novels: They were actually graphic novels!  Nowadays, OGNs are rare—usually, “graphic novel” refers to reprint volumes these days.

The other thing about the MGN series was that sometimes it was original work and other times it involved existing Marvel characters, but the stories could go farther than a standard comic and the creators could be people who would never commit to a full-time series.  Sometimes they weren’t new creators, and those were the MGNs that “mattered”: Jim Starlin killed Captain Mar-Vell; Chris Claremont introduced the New Mutants; etc.

“Hooky” is one that didn’t “matter” but was really cool. Spider-Man works with an ancient sorceress (who is trapped in the body of a little girl) to defeat an interdimensional threat. Why Spidey?  Because, literally, Dr. Strange wasn’t available.

The writer was a new writer, and I don’t think she did much after this, but the artist was the great Bernie Wrightson—and that certainly was enough to sell it.