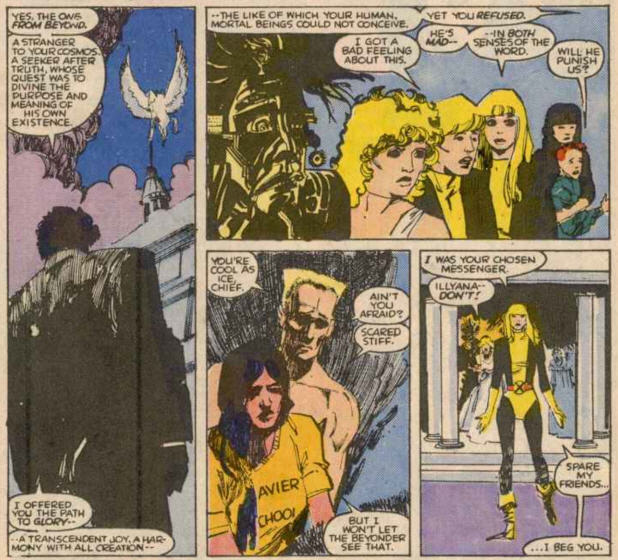 Time for a tie-in! 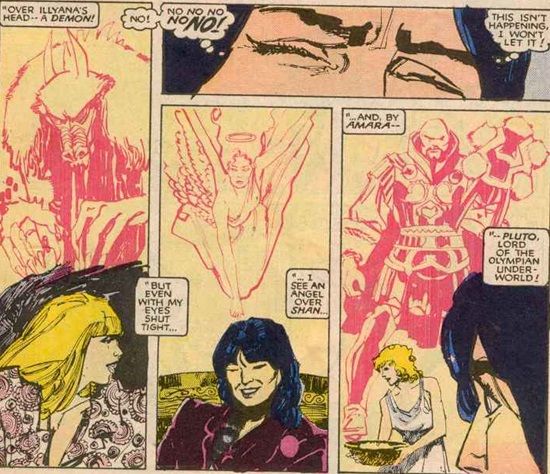 Valkyrie really only became a central Marvel character when she joined the Defenders, and even then that team wasn’t ever really able to develop her Norse-side very much because that book had a lot of other things going on.  So Chris Claremont made Dani Moonstar into a Valkyrie, and he does some very cool stuff with it.

In this issue, we see that Valyries, which by legend are designed to accompany dead warriors, can “see” a person’s imminent death.  It is manifested in the form of a representation of death from the individuals own spiritual faith.  So, Dani sees a demon for Illyana, Pluto for Amara (whose background was an ancient Greek civilization preserved and maintained into current day), etc.

Turns out, the deaths she’s seeing will be caused by Beyonder, who promptly kills The New Mutants.

He brings them back in the next issue of Secret Wars. 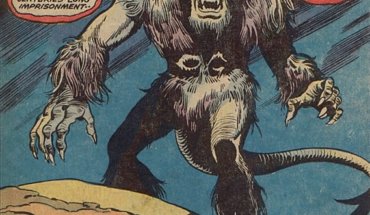 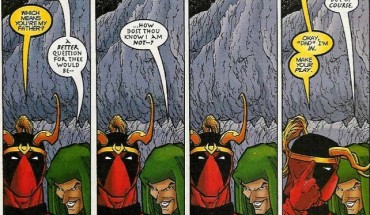