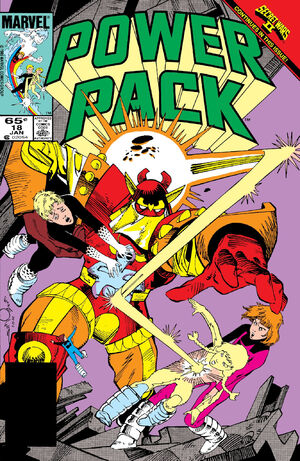 Everybody gets a turn in the box, and this time The Beyonder forces Power Pack to include him in their story.  You know, he tried his hand at love, total domination, etc., but really his power was inserting himself into ongoing storylines.

Anyway, Louse Simonson is a total pro and makes the absolute best of it by tying into her husband’s now-classic Thor run.  (“I’ll see your editorially mandated crossover, and raise you one creator initiated crossover!”)  Walt even does the cover.

Beyonder has empowered Kurse, a Dark Elf, and the dude is cold kicking ass in the pages of Secret Wars II #6.  When the Powers’ kids’ mom is hurt during Kurse’s brawls across Manhattan, Power Pack goes after him. 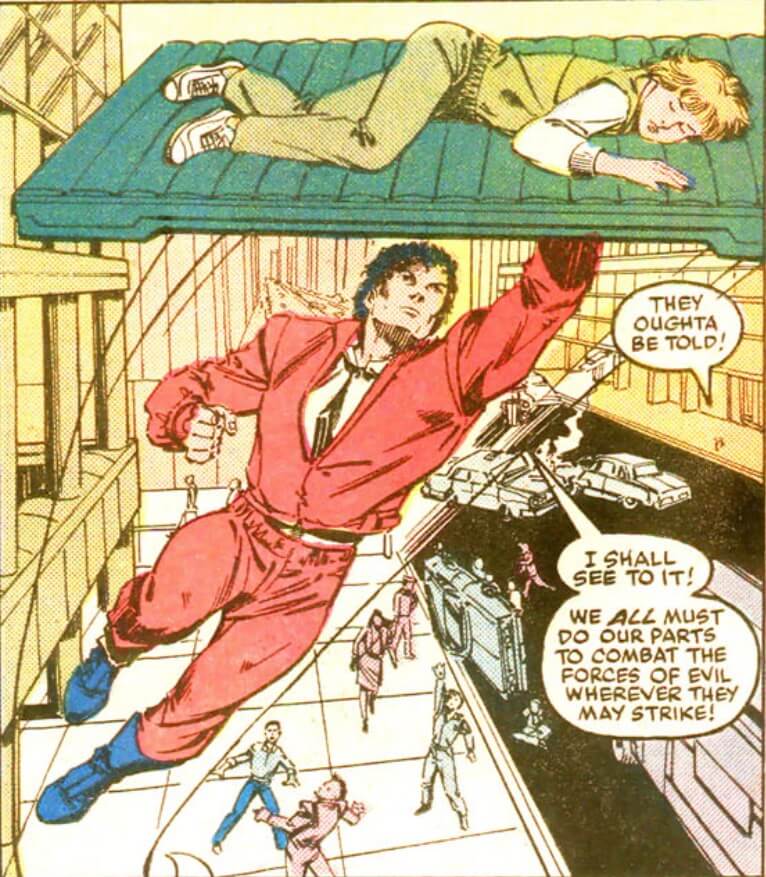 Beyonder flies Mom Power to the hospital, which is odd because (a) he could teleport her there or (b) he could just heal her instantly.

The Power Pack team has gotten bigger now—Franklin and Kofi are members—which adds opportunities for the kind of character-based engagement that Ms. Simonson excels at.

The action continues in Thor #363, where we get to see Walt draw Power Pack.

In the end, it takes Thor, Beta Ray Bill, and the Pack to defeat Curse, and Beyonder sends the villain to Hel.

But at the real end of the issue, one of the most revolutionary and radical things in the history of Thor happens… 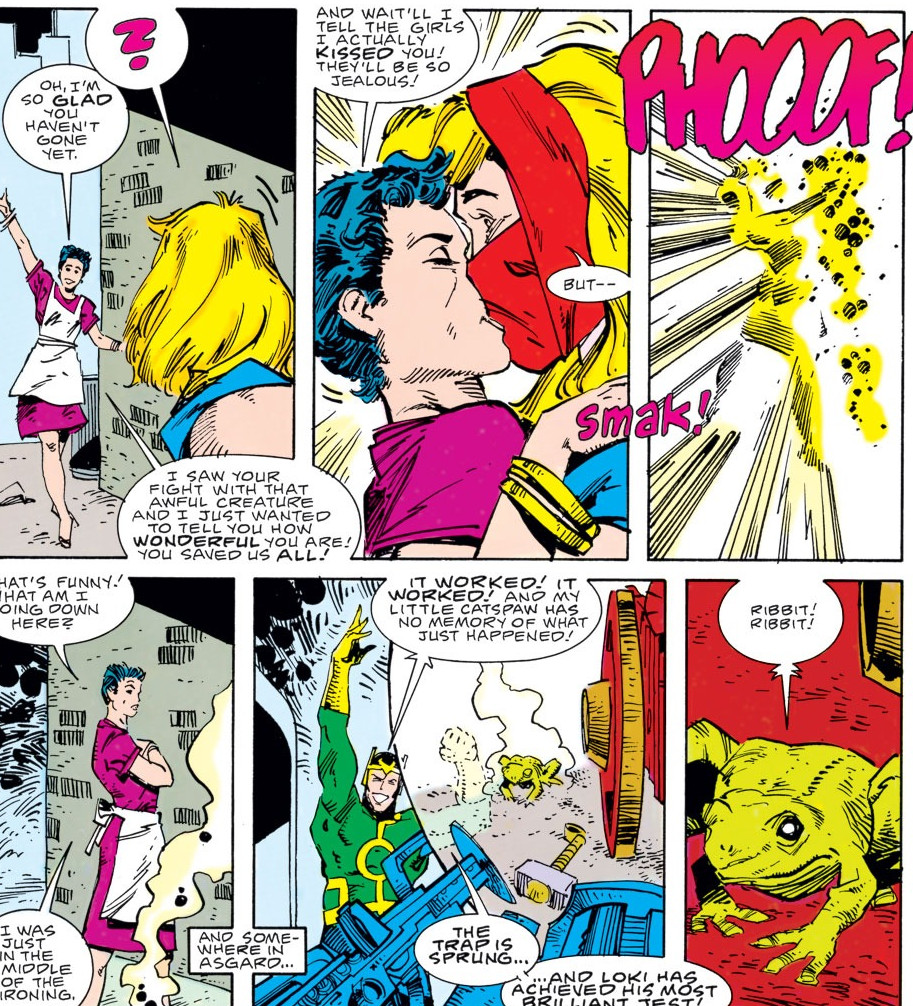 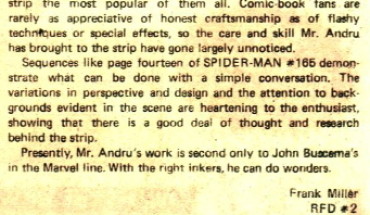 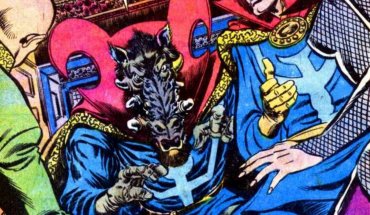