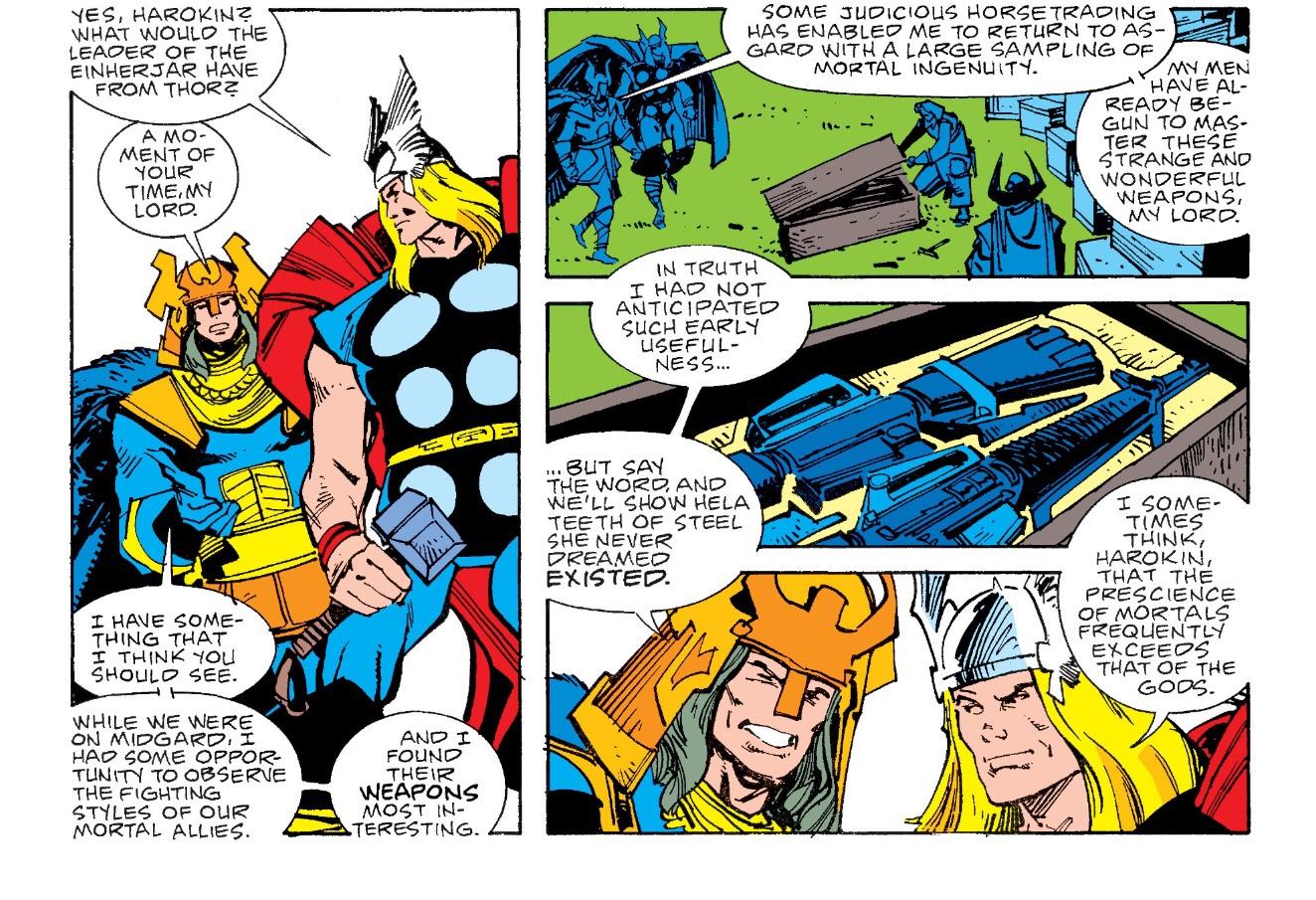 Many Asgardians have been stuck on Earth for a while, and now they get back Asgard to find their home ravaged by war and Odin dead.  Rather than lick their wounds, they decide to go to Hel and try to rescue some mortal souls that Hela is keeping there.  They decide to upgrade their armory with machine guns and then, in the big battle, Thor gets a nice scar on his face from Hela… 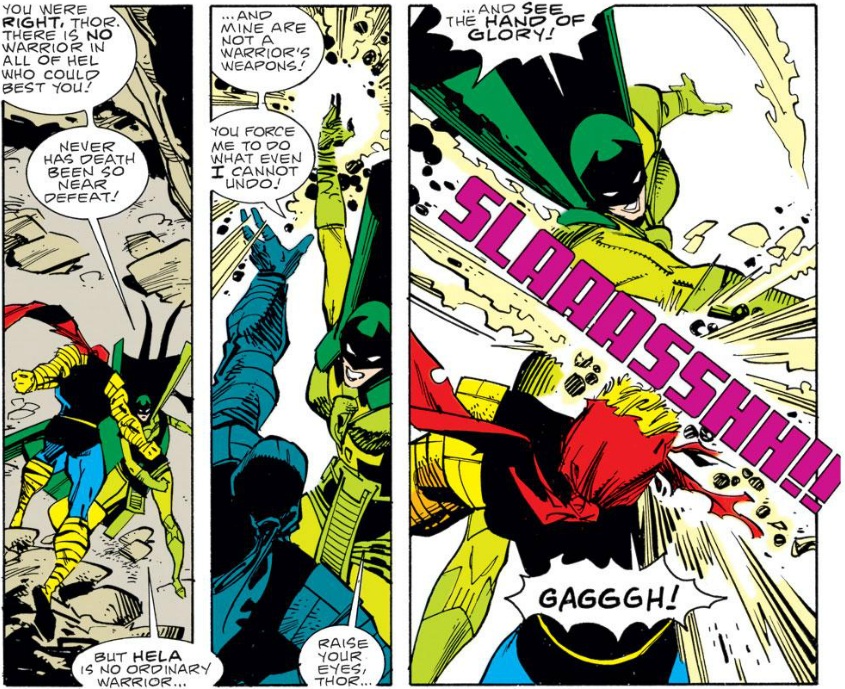 …That results in his wearing a kerchief over his face for the rest of the story, and subsequently growing a beard.

Once they find and meet up with the mortal souls, Thor’s team has to shoot its way out of Hel, which leads to what may be the most famous sequence from Walt Simonson’s run… 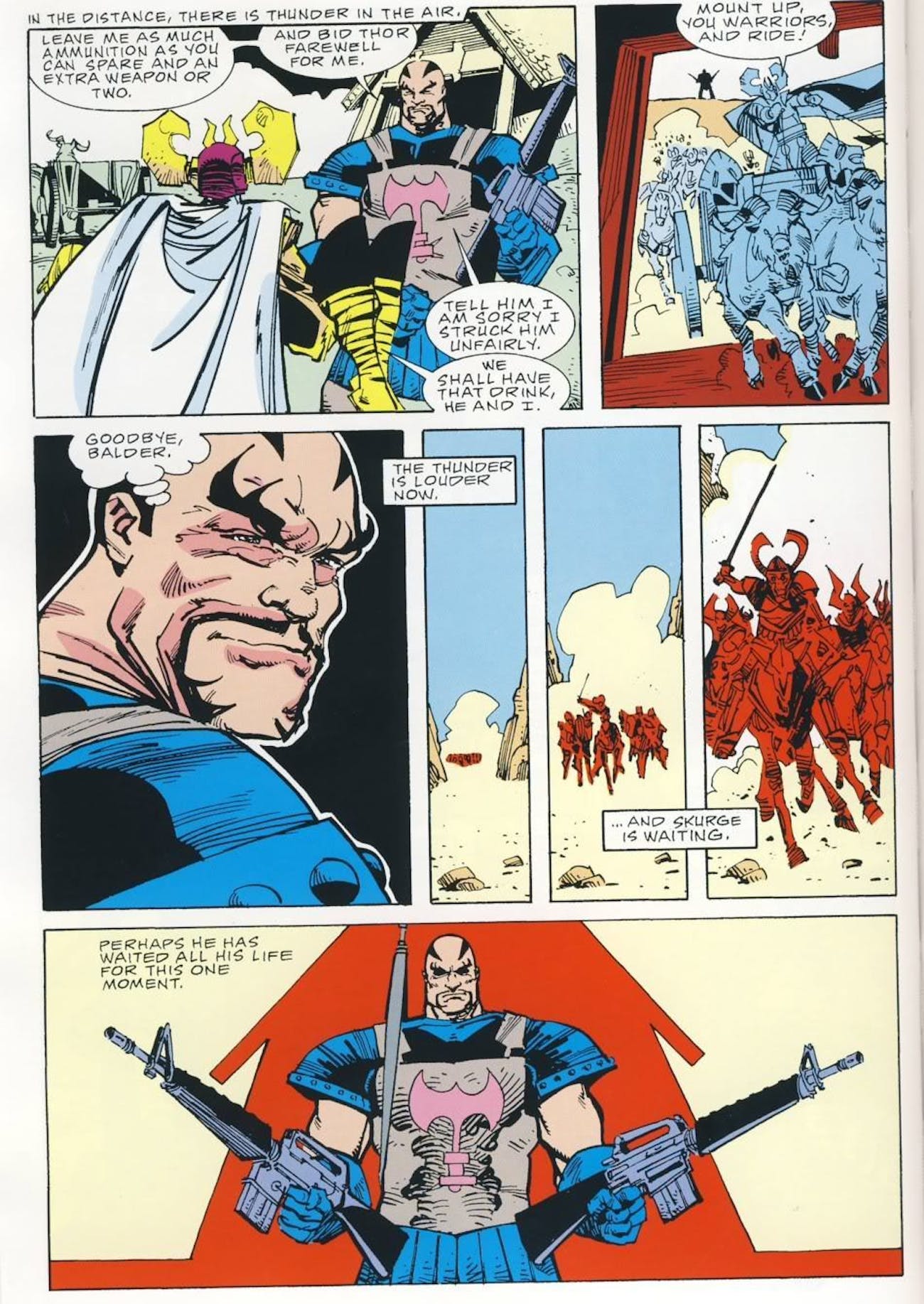 Nice.  Executioner dies in the effort. 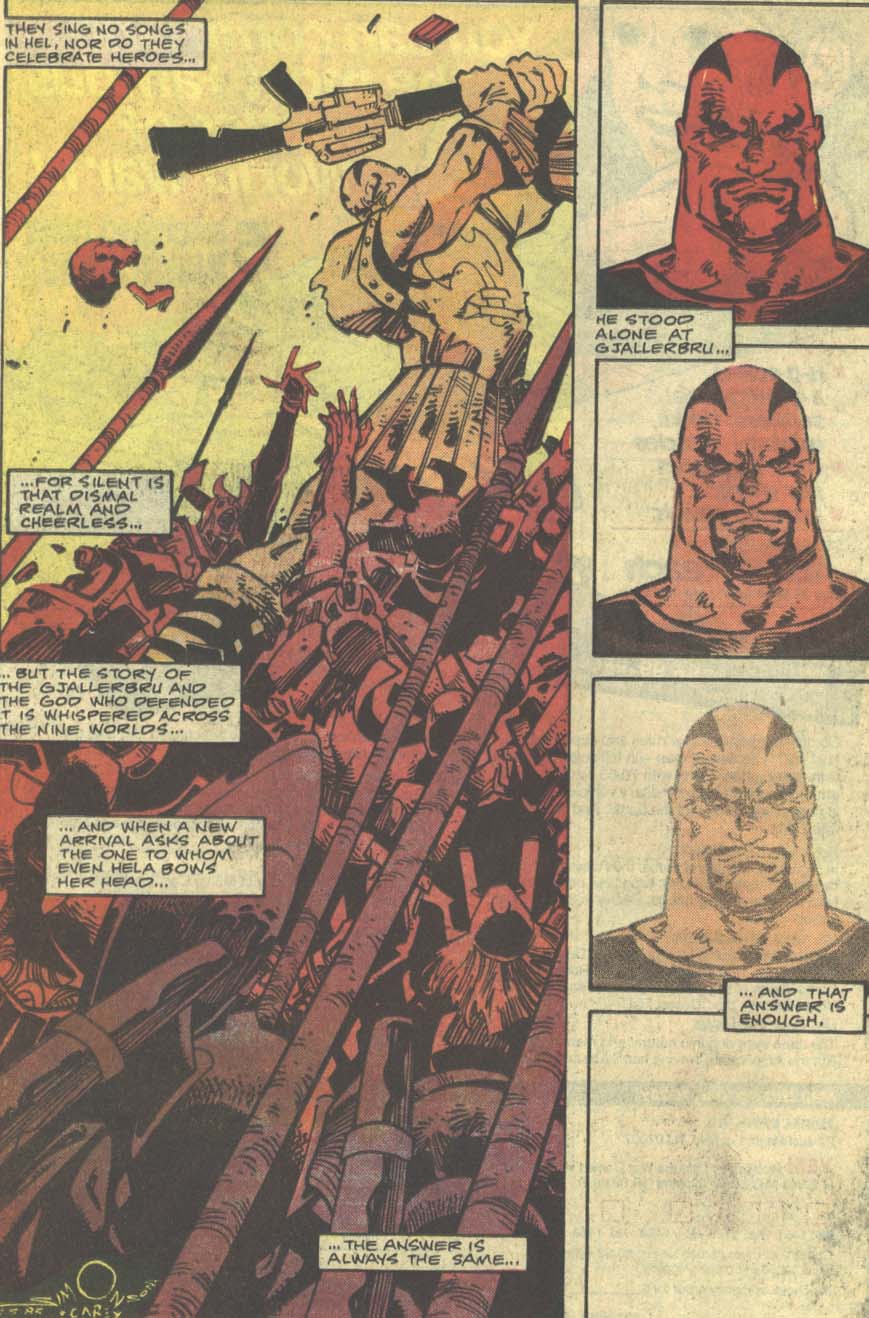 Simonson wrote the hell out of epics.  Just phenomenal work.

As always, many many other storylines going on at the same time—this is a book that is as rich as it is deep.