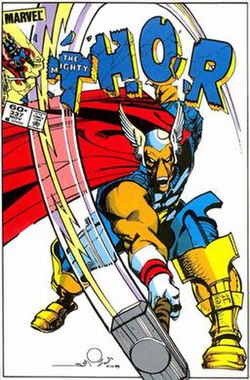 In which Walt Simonson literally destroys the failing Thor comic and rebuilds it as a brilliant book–for the first time in history.  So much has been written about this run that I’m loathe to cover it here.  I won’t go into tons of detail.

It starts with the cover: A strange, horse-like creature holding Mjolnir and breaking the logo.  Of course, we all know by now that the character is Beta Ray Bill, an alien who proves his worthiness by lifting Thor’s hammer and then getting the right to fight to the death for it. 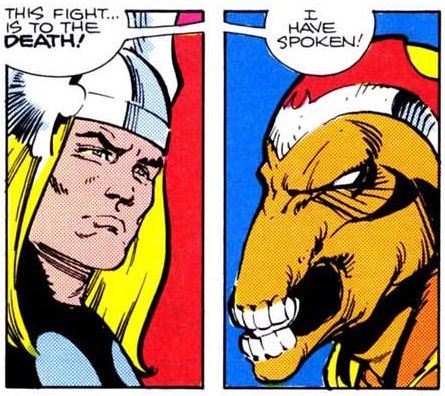 That guy who “has spoken” is Thor’s dad, Odin.  What a dick. 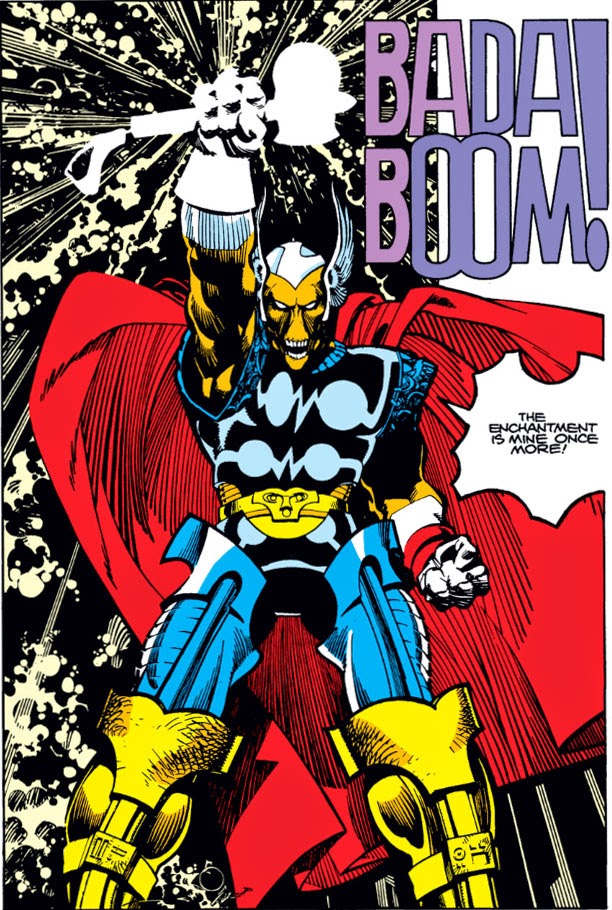 Eventually, he gives Bill his own hammer, Stormbreaker, but the dude didn’t have to put his own kid through that kind of a battle.  No wonder Thor has issues.

Another great element of Walt’s run was his joyous use of the entire Asgardian pantheon.  Most of the major characters got good facetime and were developed into full-blown personalities, all of whom contributed mightily to the Thor book.

By the time these issues are over, Thor and Bill have had a big space battle adventure together, and Don Blake is gone.  The Thor/Blake curse is transferred to Stormbreaker, and it is Beta Ray Bill who transforms into a less-powerful version of himself.  This was Simonson’s way of not having to deal with the very weak Blake character and the totally unnecessary secret identity trope in Thor. This story also introduces Lorelei, who is the sister of Enchantress, and seems to share Loki’s penchant for mischief by making Sif jealous.  Here’s her very first appearance: 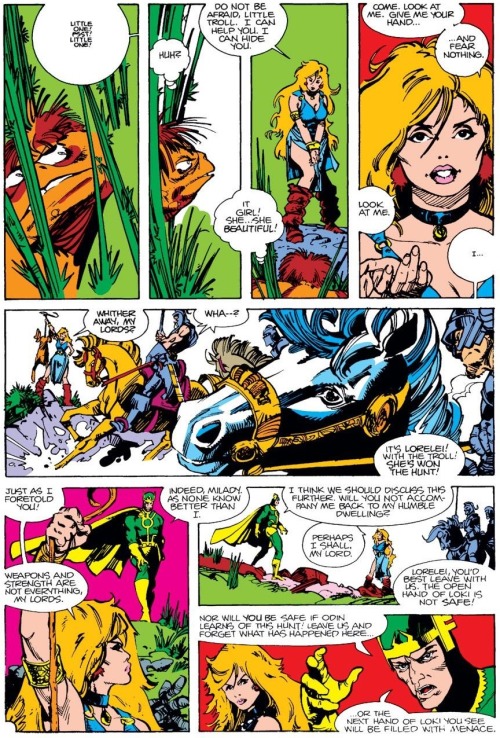 For issue #339, assistant editors month, Mike Carlin takes over the letters page.  He did the same thing in The Avengers #339. 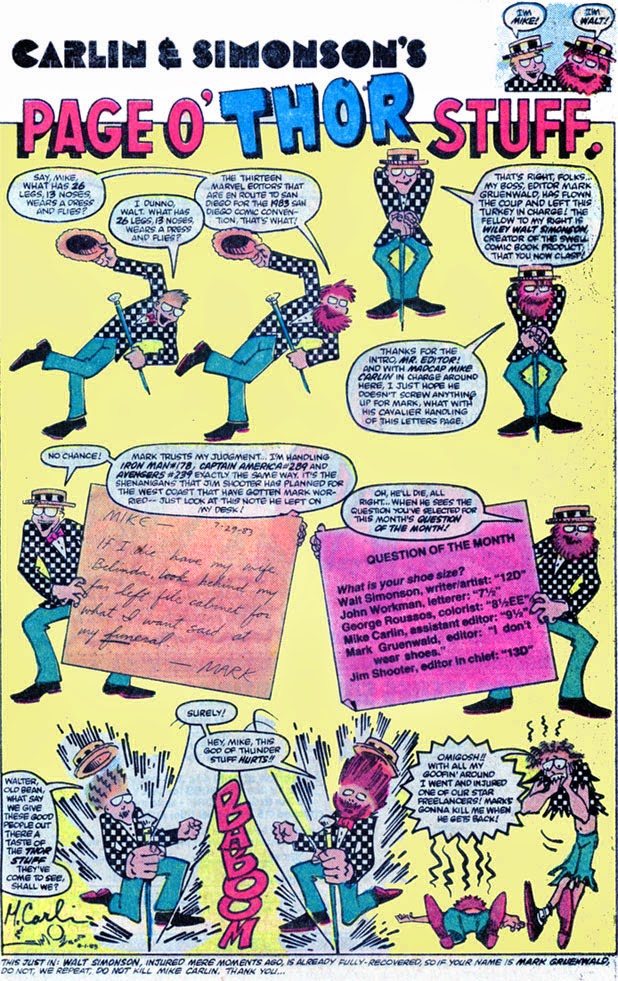 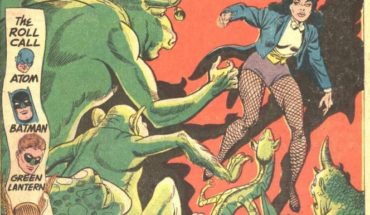 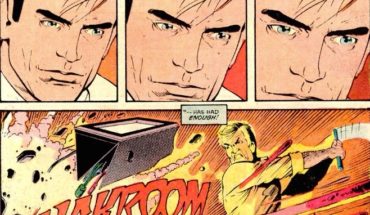 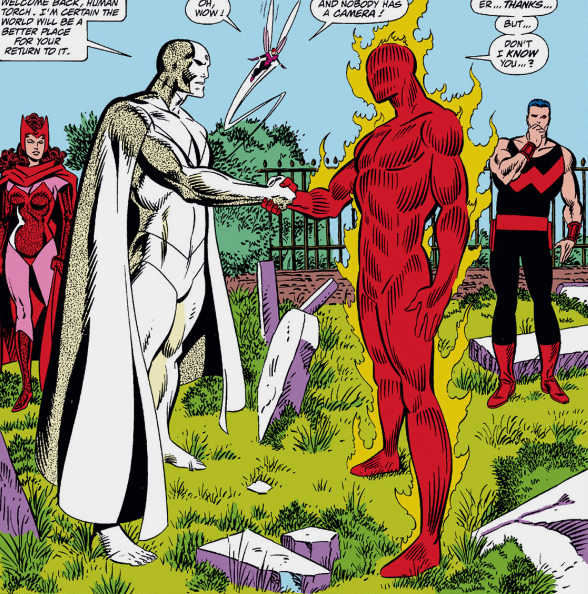