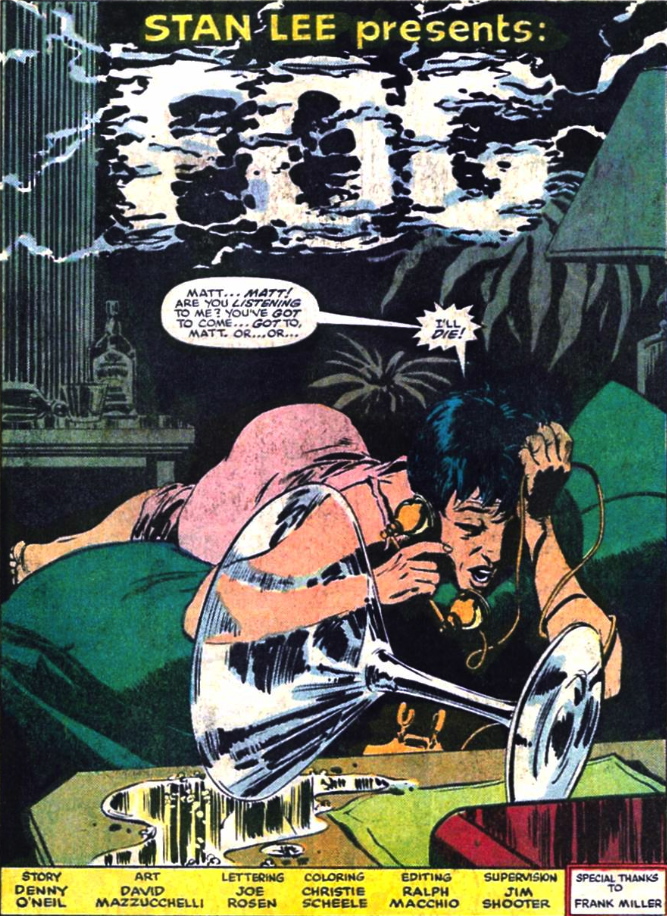 Last issue might have marked Frank Miller’s return to Daredevil, but #220 really builds on his legacy.  I’m not sure why it gets a “special thanks to” on the credits page, but it’s certainly appropriate.  This issue is all about the fall out from the Heather Glen story.

Remember her?  She was engaged to Matt Murdock, and Foggy and Black Widow broke them up using forged “dear John” letters.  Granted, Matt was a total dick when he was dating her, but breaking them up behind their backs was an even bigger dick move.  Next time you feel sorry for Foggy, remember this issue.  ‘Cause it’s very, very dark.

It starts with Heather drunk dialing Matt, begging for help.  He won’t go to her because (he thinks) she dumped him, and Matt’s a proud guy who seems to be able to sleep with anyone he wants.  But he’s tormented, clearly.  So he throws himself into work.

Alone, scared and abandoned, Heather hangs herself, and Matt finds the body. 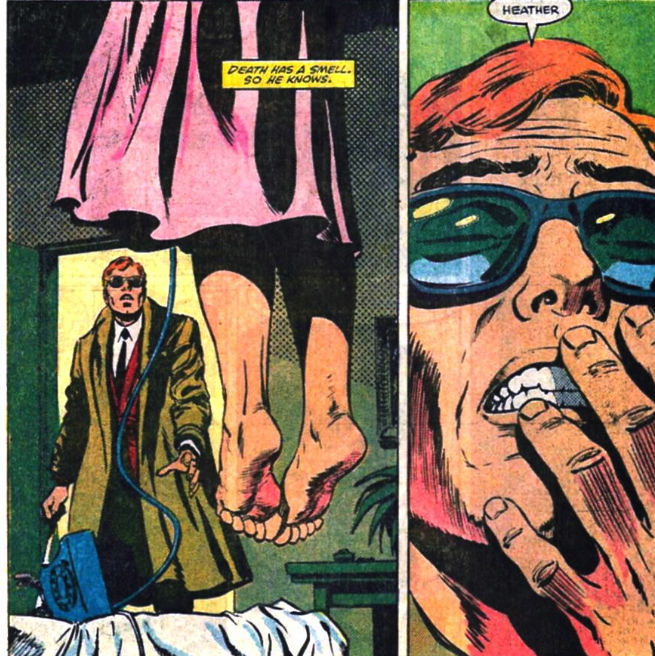 I don’t remember any comic book before or since dealing with suicide like this.  The repercussions are dramatic: Daredevil is convinced Heather was murdered, and goes after some mob guys who were involved in the corruption of her father–the very reason Foggy and Widow interfered with Matt and Heather’s relationship in the first place. 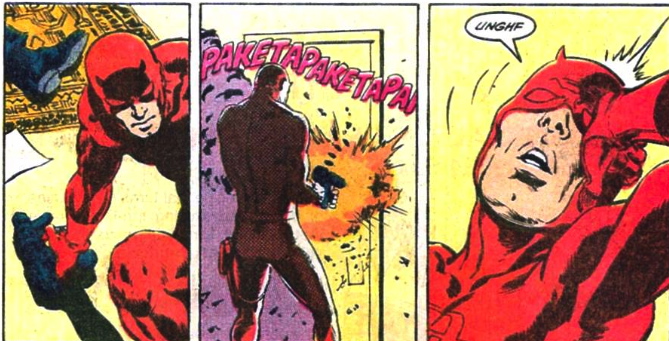 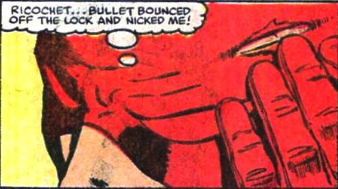 Angry, guilty, and not quite himself, Daredevil uses a gun for the first time ever.

He’s not good at it. The bullet ricochets back and hits him in the head. It’s a great way to show how torn up, how out of his element, he really is.

But what kills me is the ending.  Matt feels terrible for not answering Heather’s cries for help, and Foggy tries to build him up by telling Murdock it’s okay because he just didn’t love Heather as much as she loved him.

He at least loved her enough to help her.  Or should have.  But then when Murdock says he’s still responsible, Foggy doesn’t talk him out of it.  Foggy lets the secret of what he and Widow did go to Heather’s grave. 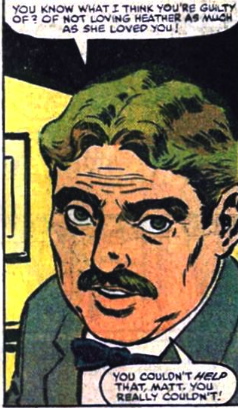 This was as much Foggy’s fault as Matt’s.  And nobody ever recognizes this–ever.  If this were a novel, I’d fault it for leaving a big issue like this unresolved.  But as a serialized comic, it makes sense.  The little evils that men do often go unrecognized, unpunished, and forgotten.

This is simply one of the greatest character-driven comic books of all time. 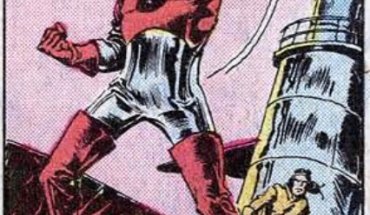 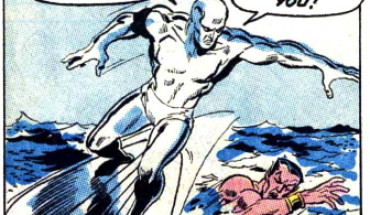