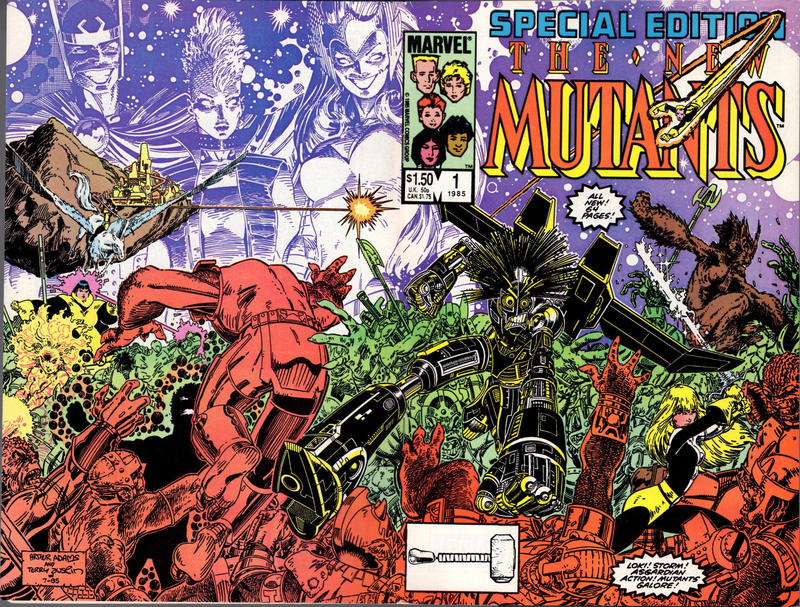 Immediately following the X-Men/Alpha Flight mini-series, Loki and Enchantress mess with the X-Men and the New Mutants.  He does this by kidnapping the team, but Magik tries to use her teleportation power to get the team free and they end up all over Asgard.  So, it’s a bunch of mini-adventures—like the old Justice League/JSA team-ups of the 1960s and ‘70s.

Karma is now obese because Farouk messed with her weight, and her adventure makes her slim again (call it a true deus ex machina, as an Asgardian Sand Devil grants her this wish), and… 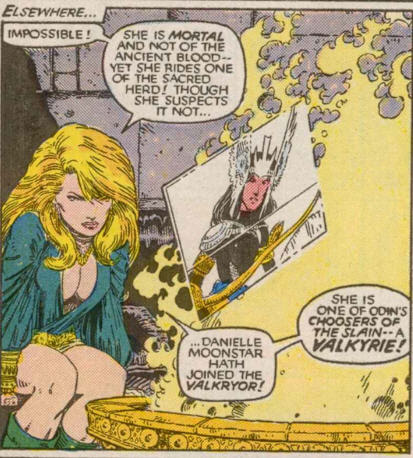 …Dani Moonstar becomes a Valkyrie, among a bunch of other things.

Loki makes Storm his queen and gives her powers.  So, eventually, all the mutants go to Asgard to stop Loki from being a dick.  Again.  And save Storm.

Obviously, the art is something fantastic here.

It’s a good annual—not hugely consequential, but everyone gets good screen time.