The cover to this issue is terrific.  One of the best of the 1980s. 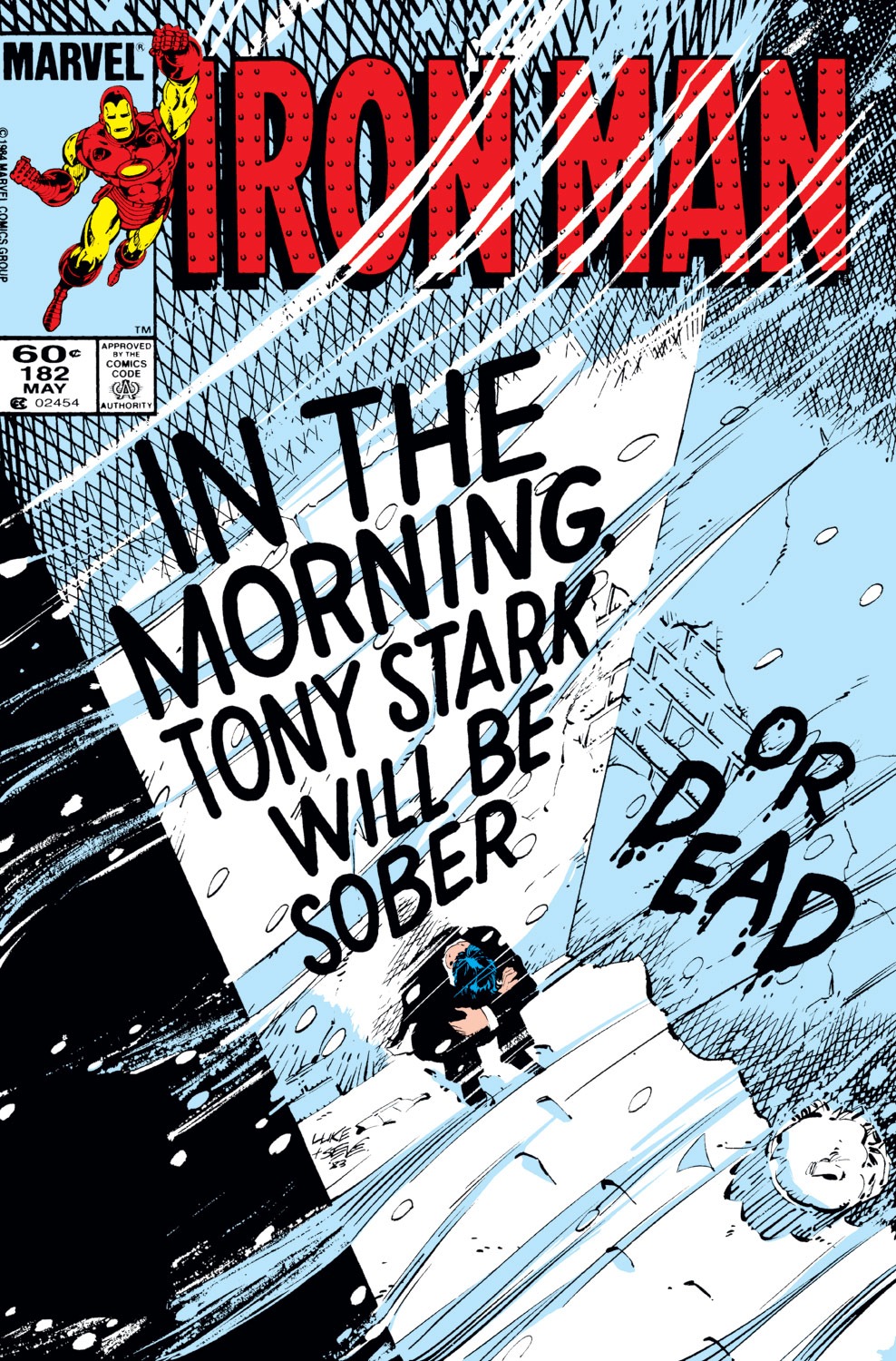 But, of course, Tony doesn’t die.  He’s a wino now, who got a junkie pregnant, and the two of them are huddled in an alley during a snow storm, trying to keep from freezing to death.  By drinking.  He lives.  The baby lives.  The mother dies.  And this is enough to make him hit bottom and decide to sober up, but… He won’t be Iron Man again, “for a while.”
Overall, yes, this was in many ways just a retelling of the Demon in a Bottle story, but in many other ways it wasn’t.  Alcoholics are prone to relapse, so it makes perfect sense that Tony drank again—and in this arc, we saw a much more realistic portrayal of alcoholism: The sufferer usually loses everything (especially male alcoholics), betrays friends, and has to give up certain elements of his identity in order to get sober again.  The only thing missing, really, is any mention of a Higher Power.  But of course, when you’re a genius like Tony Stark, it makes sense that you wouldn’t rely on God to sober you up.
The baby ends up being Timothy Anders, who returns for just two more issues in Iron Man #199-200, which was Denny O’Neil’s second Iron Man run.  I will opine that this is a lost opportunity—baby Anders could (and should) have ended up being more important than this.