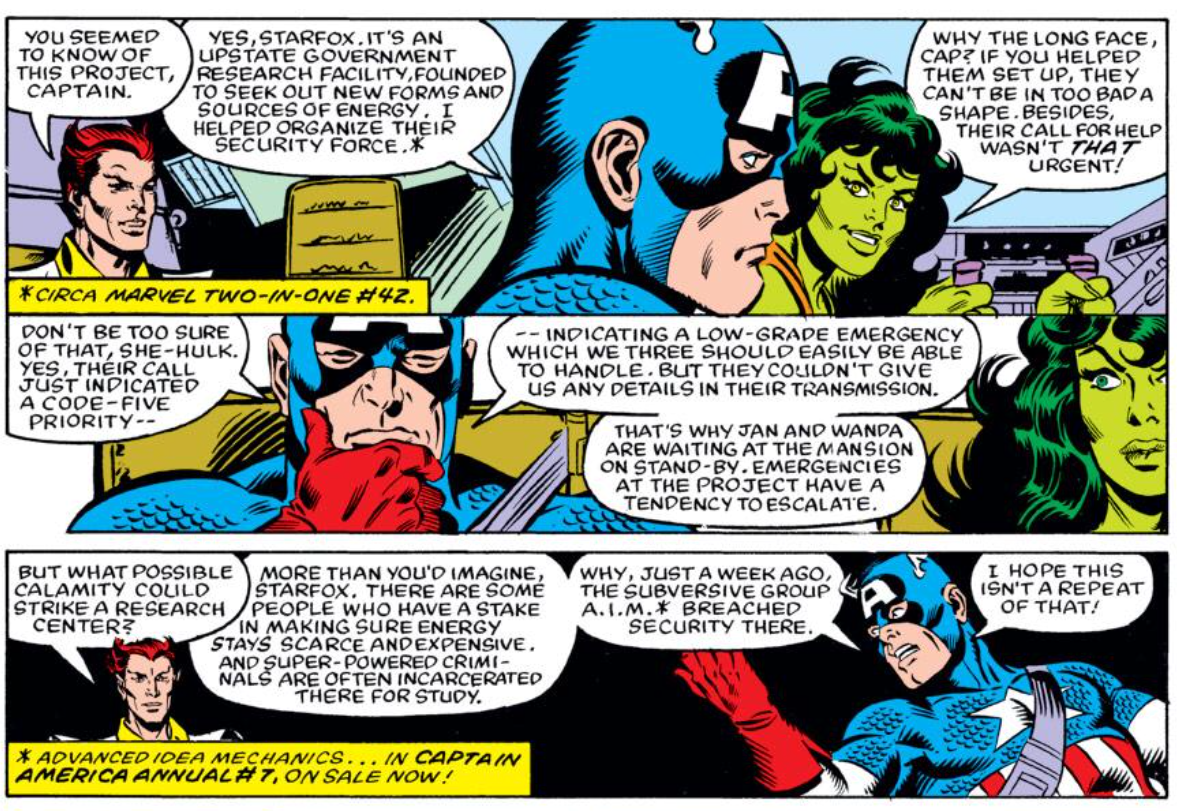 Marvel Two-in-One is over, so there’s no regular place to find updates about Project Pegasus, so why not use it here?  We know there’s a Cosmic Cube there, and it draws the attentions of MODOK (who “created” the Cube—but in this issue, we learn he actually just “discovered” it and didn’t create it), a rebel AIM group (who want to steal the Cube and who are not part of the AIM group led by MODOK), The Shaper of Worlds (who has a long history with it), and Wundarr, who now goes by Aquarian (who the Cube changed from being a satire of Superman to a satire of Jesus Christ). Incidentally, we learn that MODOK (Mental Organism Designed Only for Killing) used to be MODOK, in which the “Killing” was replaced by “Computation.” It’s a big annual with basically nonstop action.  At one point, Captain America’s shield is turned into a crab. By the time it’s all over, we learn that The Shaper is actually a Cosmic Cube, manifesting in the form of Shaper, which means he can tame and soothe the Cube when it starts to get out of control.  Shaper-Cube was created by The Skrulls.

It’s an interesting idea that Cubes are basically some kind of entity that can be created using a discoverable methodology that has been found by skrulls, Kree, and others.  Question why Earth’s super-smart guys can’t create one, but whatever.

Lots of exposition about the meaning of Cubes.