John Byrne knows how to start a story.  A multi-issue arc that moves straight into one of the greatest Galactus stories of all time begins with the above splash page of Thing looking through the new portal to the Negative Zone.  Then Reed has to get all science-y. 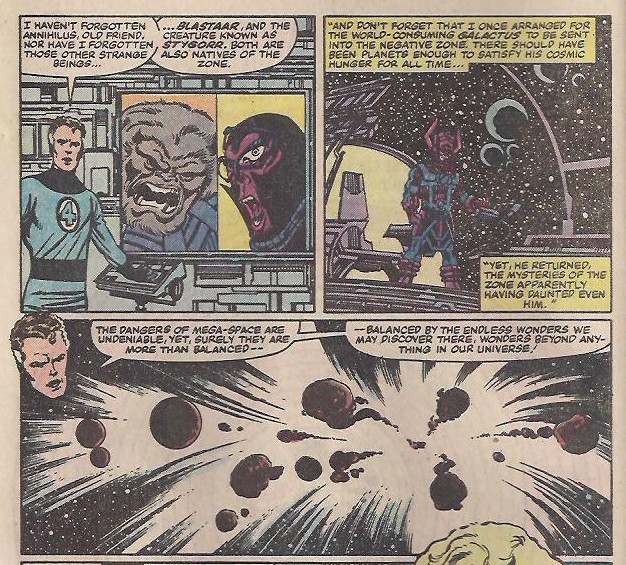 The Fantastic Family go through it and travel through several wild, almost Steve Ditkoish adventures through negative space.

There’s one little dude they meet, above.

And in #252, we get a “sideways” comic book—one that had to be read like a calendar rather than a book.  In this way, it consisted entirely of widescreen panels—a practice common today, but highly unusual back then.  It allowed for completely different page design. 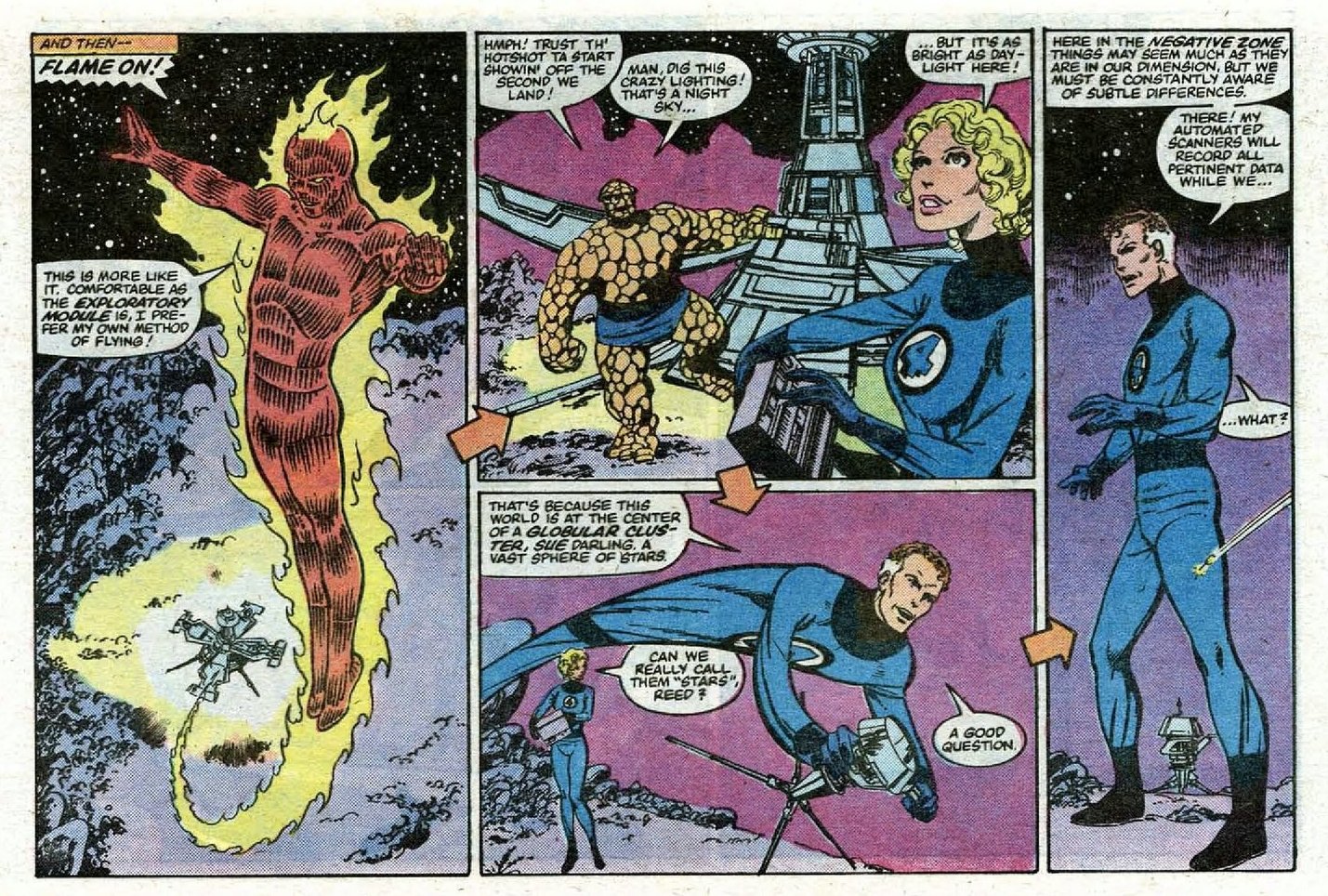 It’s kind of a “Star Trek” phase for the team.  Their ride only lasts a few issues, though—I would have loved to see a Byrne maxi-series about the FF’s adventures through the Negative Zone.  There’s so much rich material to dig out of that mine.

Anyway, while the FF is out having fun, it turns out that the door swings in as well as out… He also answers the phone, which is weird. 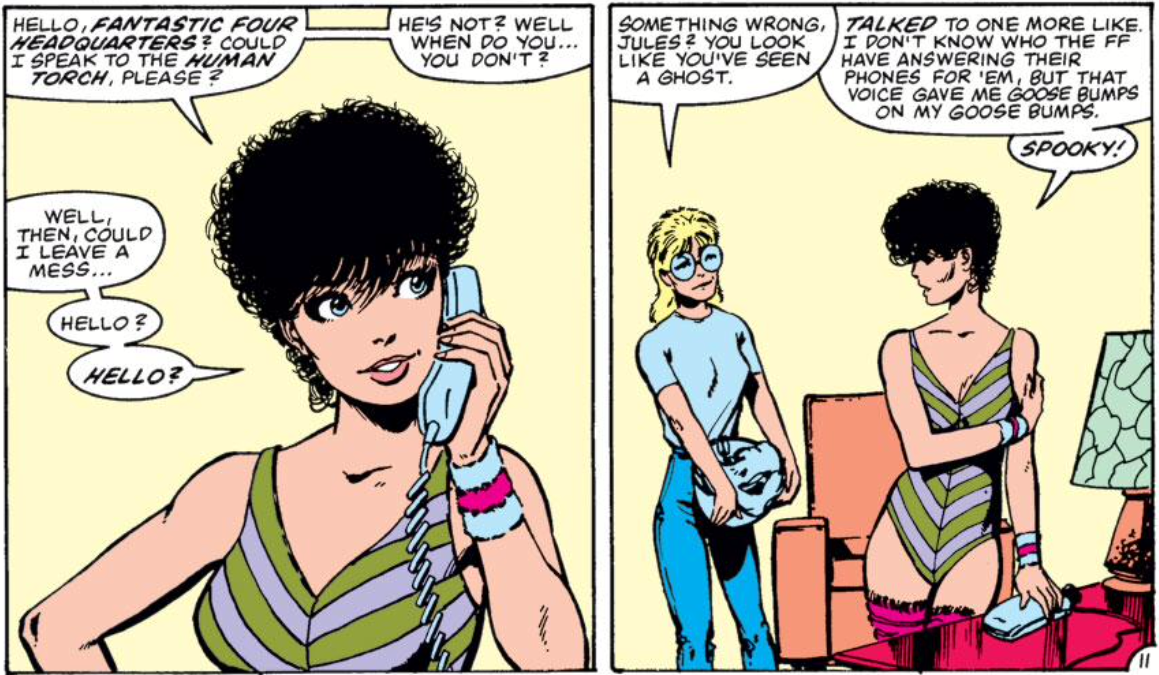 As part of his invasion of Earth, Annihilus puts a force-field around the Baxter Building, and The Avengers try to break through, so we get to see John draw She Hulk for the first time.

She’s not quite so muscular yet—she still has a bit of a generic body—but one thing Byrne always did well with Shulk was the hair.

Within the next two years’ worth of issues, she’d replace Thing on the team for a good long stretch.

Anyway, The Avengers try to bust through the Annihilus-generated forceshield. Vision tries to phase through it but the action renders him comatose–and he’ll stay in that state for several issues. 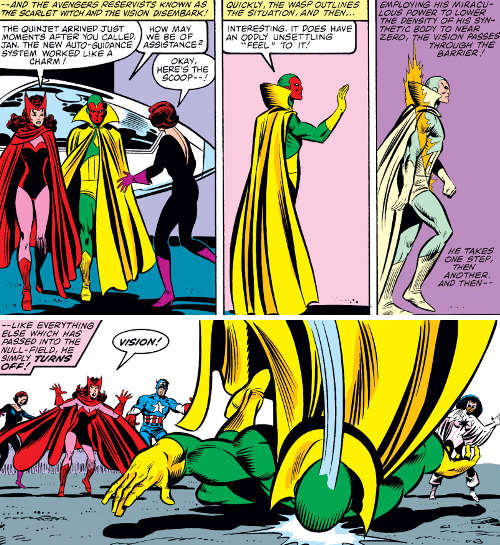 Towards the end of this saga, we see that Galactus is hungry again.  And former “flame” of Human Torch, Frankie Raye, sets him up to eat the Skrull homeworld. Also in this arc, the team buys the Baxter Building and becomes landlords. 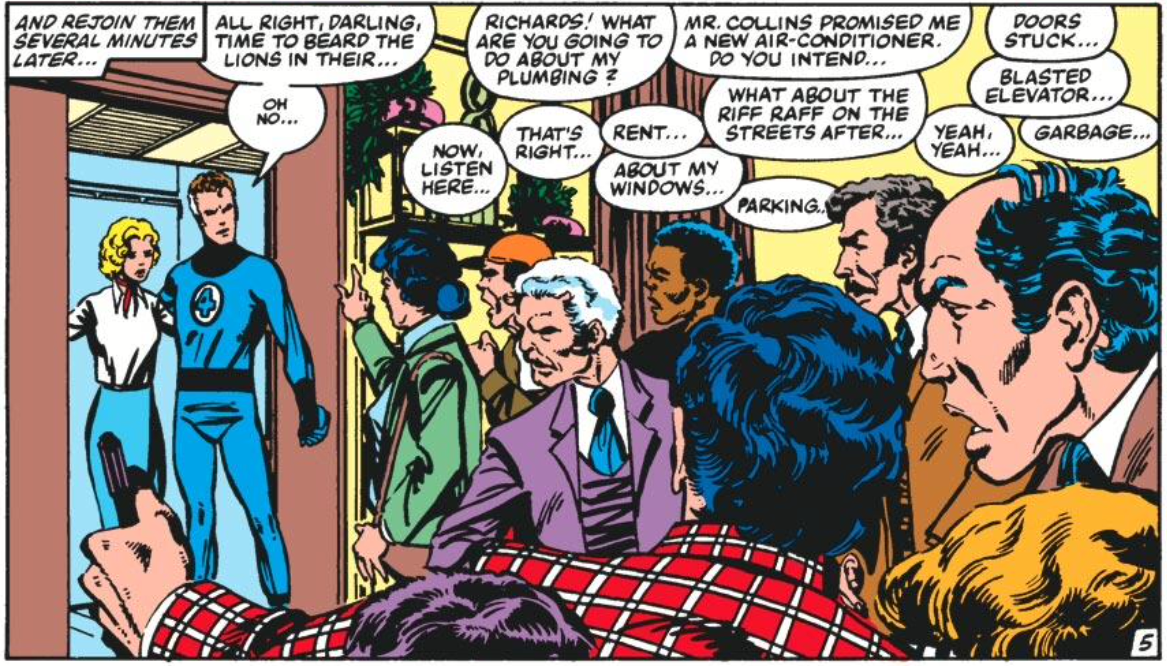 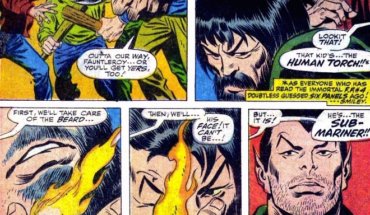 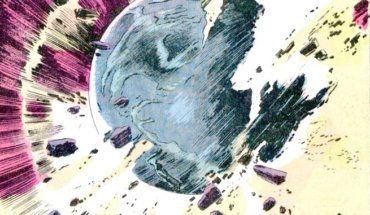