Reasonable Doubt was released on June 25, so we’re celebrating with a tribute to Jay-Z.

A is for Aloe Blacc’s cover of 99 PROBLEMS.

B is for BRUSH YOUR SHOULDERS OFF.

C is for Jay and Beyonce’s CRAZY IN LOVE

D is for DJs Mellow and Cinema, who created The Commission, a great team-up that never happened. This is seriously one of the best mixtapes of all time.

E is for EMPIRE STATE OF MIND.

F is for Pharell’s FRONTIN, which featured Jay-Z.

G is for the classic Grey Album by Danger Mouse, which was the first time an artist remixed an entire album. It was brilliant, and helped establish Danger Mouse–and put Jay-Z into another stratospheric level. You can still find it, if you look hard enough.

H is for HOLY GRAIL.

I is for Ice-T, who was the first guy to record 99 PROBLEMS. That’s right, Hova took it without credit!

K is for Alicia Keys, who recorded the sequel to EMPIRE STATE OF MIND.

N is for 99 PROBLEMS.
https://www.youtube.com/watch?v=LloIp0HMJjc

O is for OCEANS, as covered by Jahborne….

R is for RUN THIS TOWN

S is for SHOW ‘EM WHAT YOU GOT

R is for Clipse’s Re-Up Gang version of ROC BOYS (AND THE WINNER IS…). Amazing, truly.

T is for Timberlake. Specifically, SUIT AND TIE, original by Jay and Justin Timberlake.

U is for UMBRELLA, the Rhiannon song that Hova was featured on. Rhiannon was his artist, as well. Here’s some covers of it.

V is for The Verve, who were expertly mashed up with Hova, below.

W is for Wednesday Sound Murder’s cover of 99 PROBLEMS. 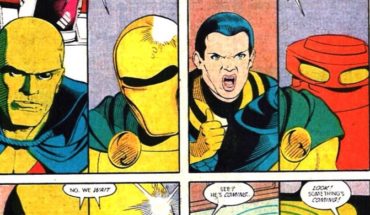