The cover shows Moon Knight facing a three-fold mirror, with each of his other personalities emerging from the reflective services, with weapons, attacking him.  Moon Knight’s schizophrenia hasn’t been a huge part of the series so far—it’s made appearances now and again—so this issue’s cover announces that it’ll be coming to the fore.

The story starts with Peter Alraune–the brother of Marlene, who is the girlfriend of Steven Grant (Moon Knight’s millionaire alter-ego)–having a nightmare, and then flashes to Moon Knight’s old foe, Morpheus The Dream Demon. 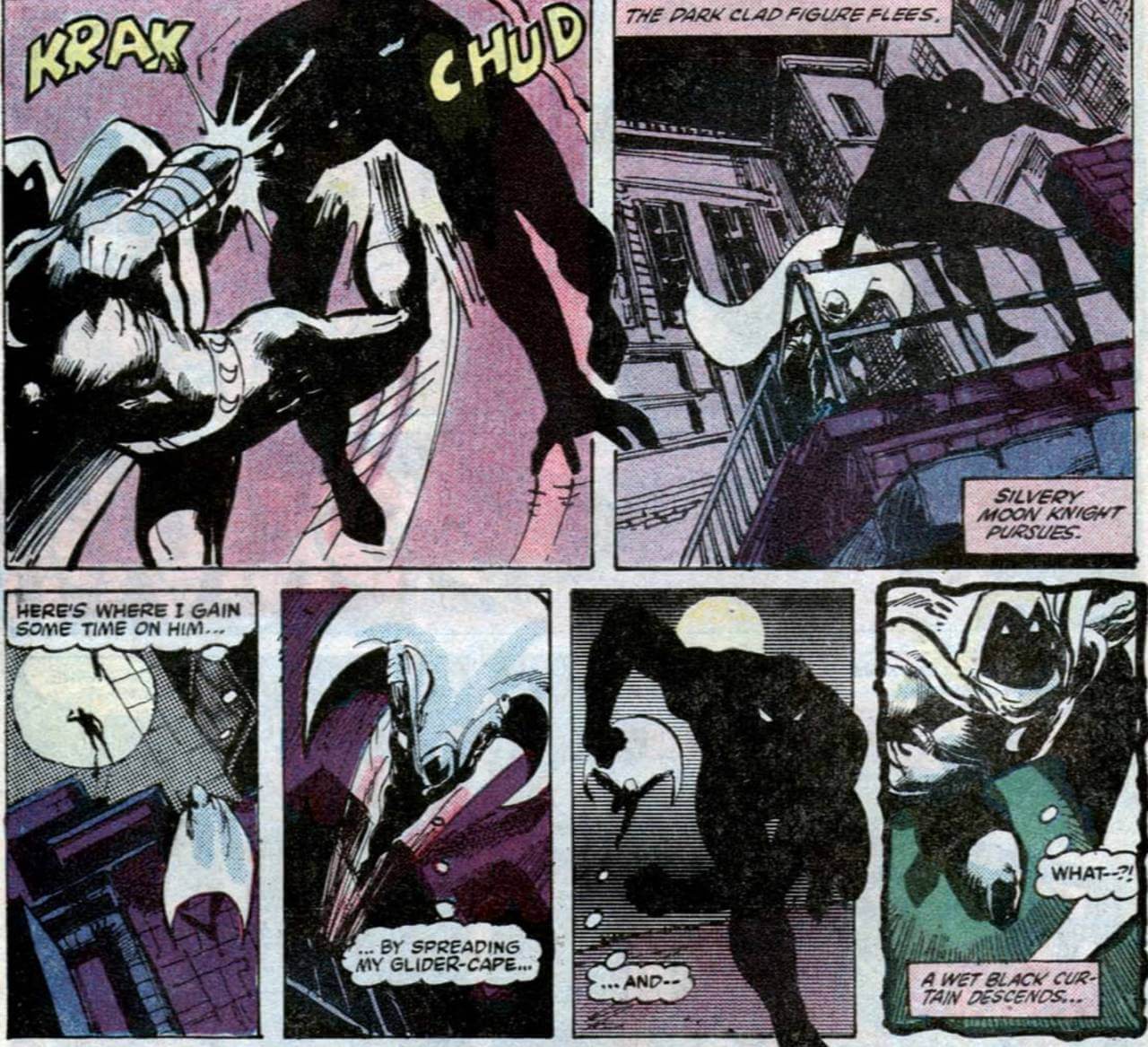 Morpheus is up to no good again, and he’s possessing people in their sleep to make them attack Moon Knight—and one of the people he’s using is Marlene’s brother.  In the end, it turns out that Peter Alraune has some kind of psychic power and his own nightmares actually created Morpheus, not the other way around, and to atone, Peter kills Morpheus and kills himself at the same time. 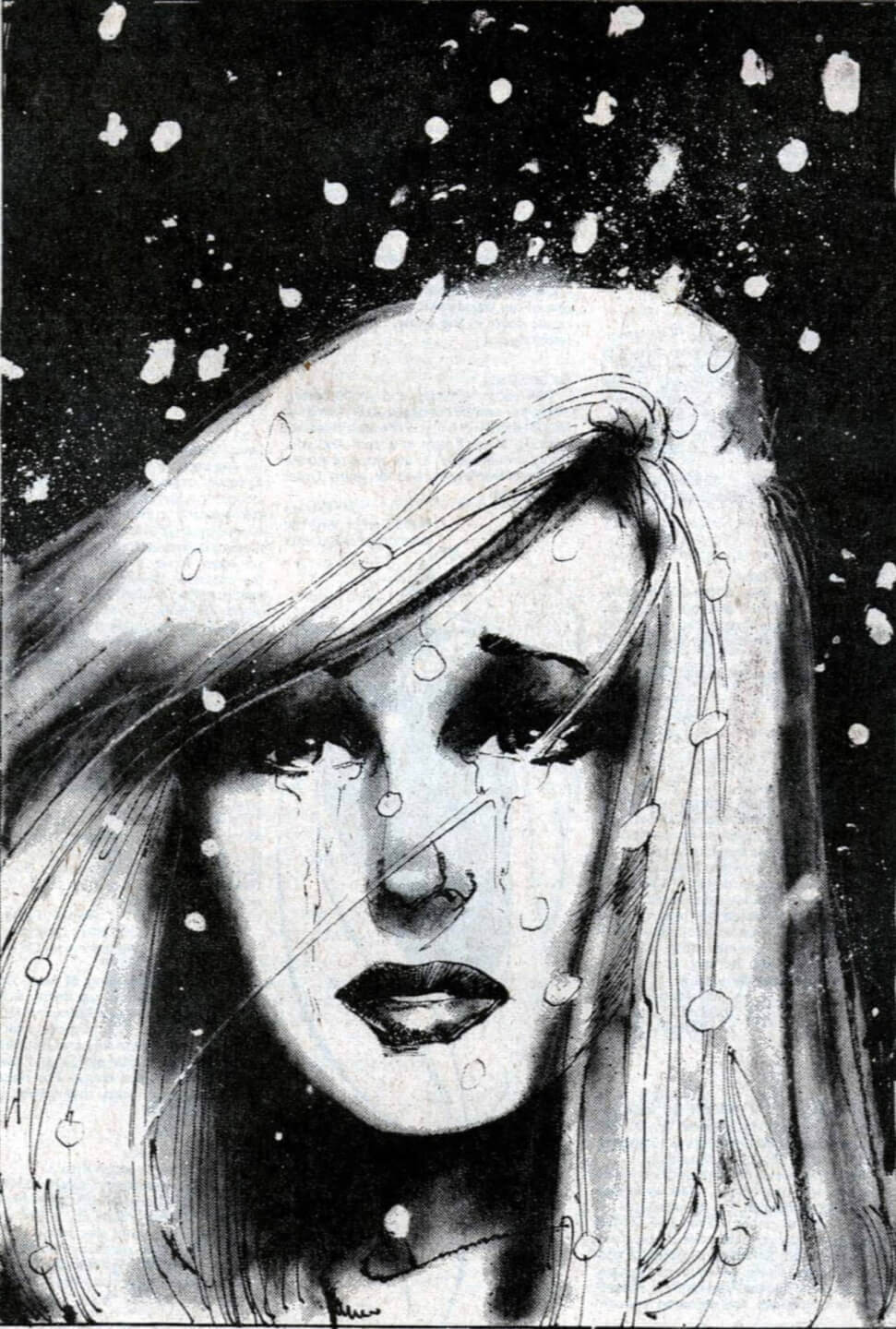 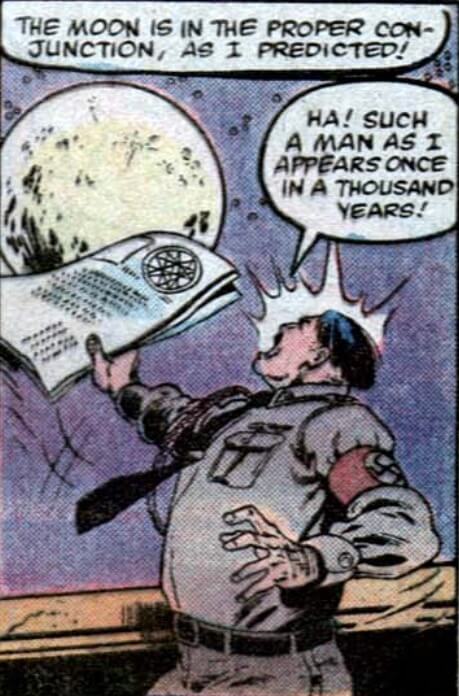 Which leads to the above, absolutely stunning final page of Marlene crying.

Issue #23 has another “Tales of Koshnu” backup.  It’s not terrible.  It plays with the historical legend that Adolph Hitler was superstitious, and has Koshnu messing with him. 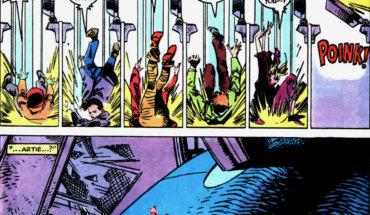