Chris Claremont brings Captain Britain across the pond in his first Marvel Universe appearance. His previous books, released in England first and then compiled in the U.S., were technically in continuity but didn’t really touch the main Marvel Universe.

But more importantly, it’s the first appearance of Arcade! I thought this might mean that there wouldn’t be the obligatory, “Hello, nice to meet you, let’s fight” battle.  But there was. It’s a great issue–full of giant pinball machines and arcade claws–everything you’d expect.  Murderworld gets broke in the end, and Arcade swears revenge–but seems to enjoy it. 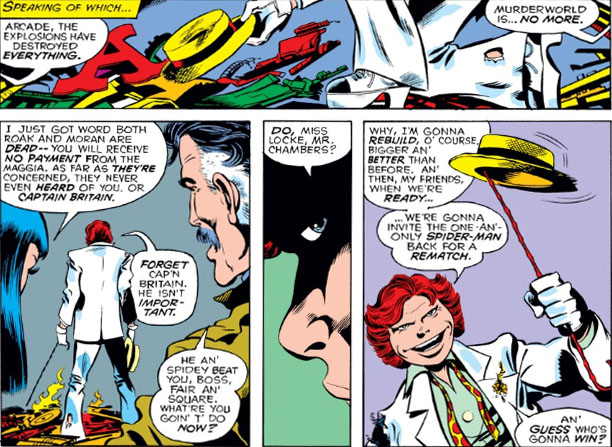 Creators: Chris Claremont and John Byrne
Grade: B
For the complete history of the MU, year by year, go here.