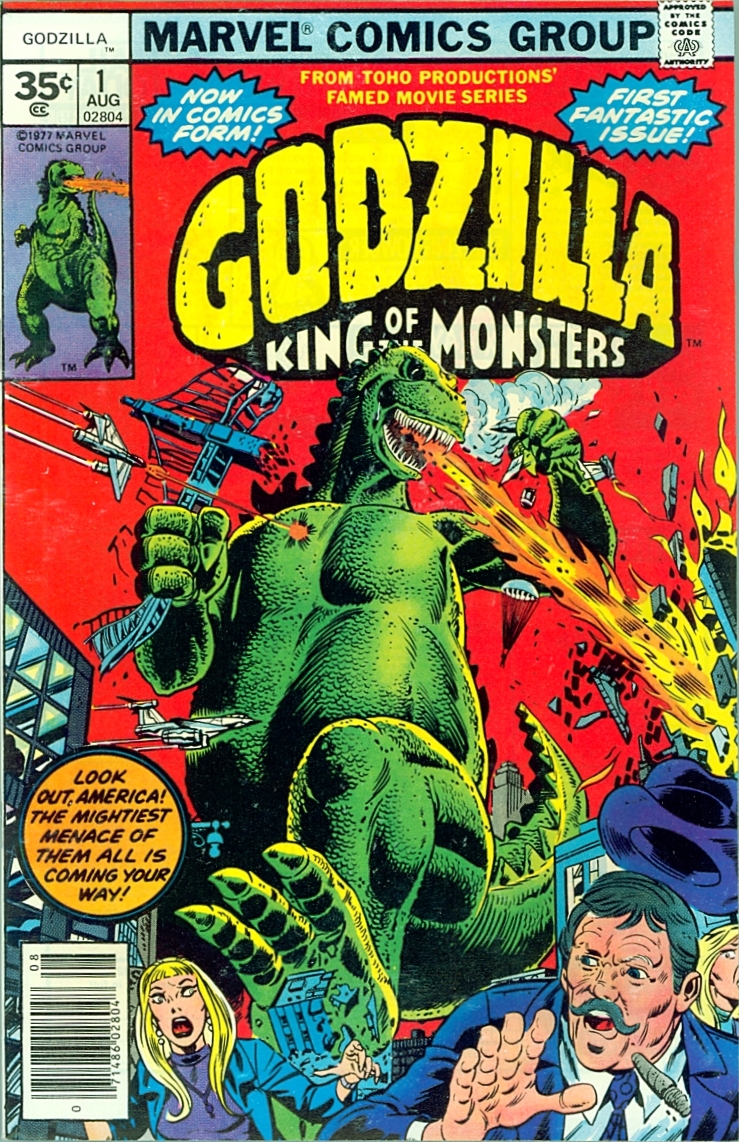 Godzilla. It must have been a big deal to the folks at Marvel to get one of the biggest movie stars of the 1970s to sign on the dotted line as a franchise character for them. It was such a big deal, in fact, that they made ‘Zilla part of their universe—and they let us know that from the beginning, right in issue #1, when Nick Fury and Dum Dum Dugan led a team of SHIELD agents to Japan to help the country deal with a Godzilla invasion…

This book wasn’t great. But it was way, way better than it had any right to be.