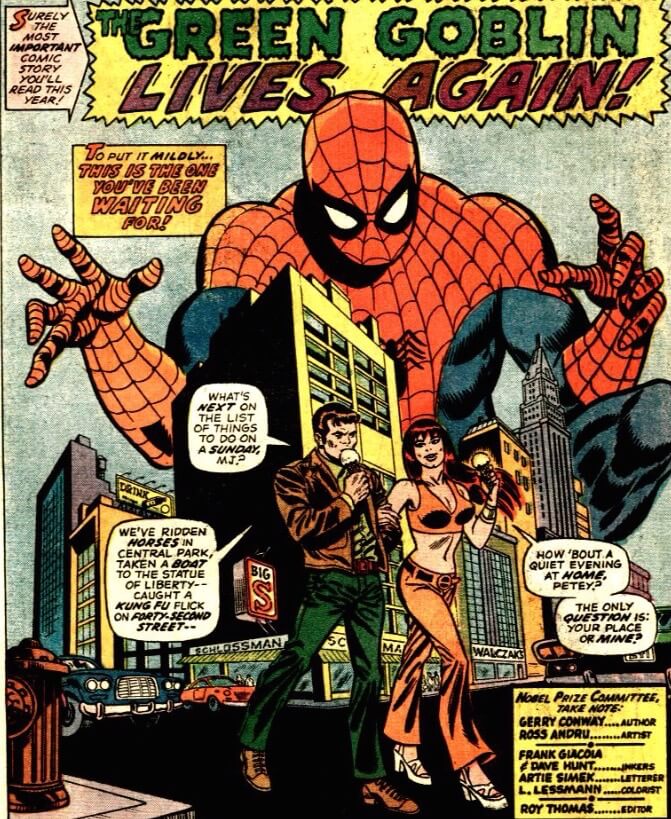 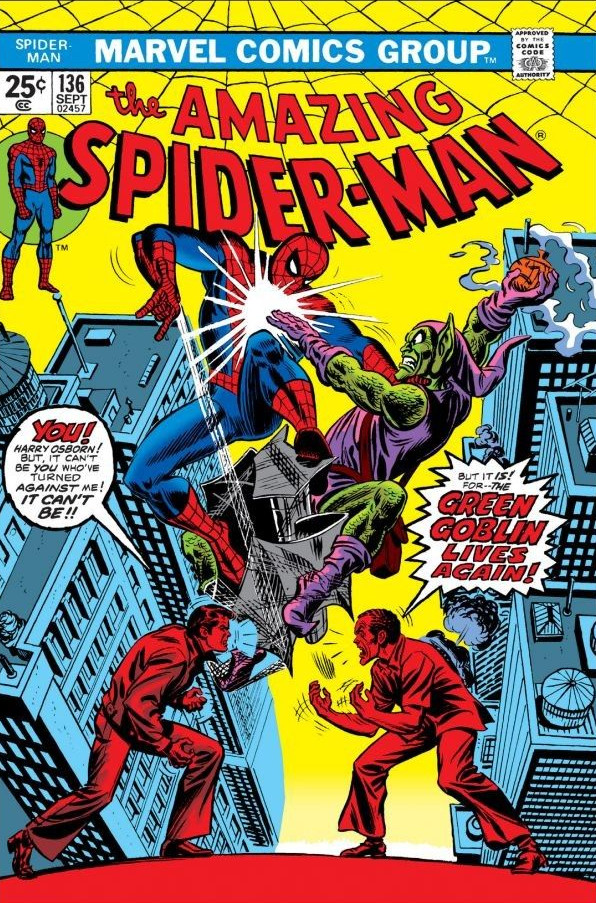 Gerry Conway wrote some very good issues of AmSpM and some very bad ones.  This is one of the former.

It starts with a wonderful splash page, showing Pete and MJ on a date, eating ice cream, and a giant Spider-Man above them, looming, ready to crush them.  Absolutely great.

And the cover is fantastic, too.

MJ invites Petey up to her apartment, but before he can get some action, the apartment blows up.

MJ’s in the hospital, and The Green Goblin, now Harry Osborn, is to blame.

We go through the usual “but you’re dead” stuff, but it’s handled well, and then we get a battle, and one of the classic Spider-Man punch-in-the-face panels…

I feel the same way about Ross Andru as I do about Gerry Conway.  He’s capable of some greatness, but doesn’t usually achieve.  This issue, it’s all great.

By the end of the issue, Peter knows for sure that Harry knows his secret identity.  And unlike most folks who figure out a hero’s identity, Harry is happy to tell everyone.

Harry is revealed (formally, to Spidey) as Green Goblin and he figures out Peter is Spider-Man.  But nobody believes him because he looks and sounds crazy.  You’d have to be crazy to have hair like that, amiright? 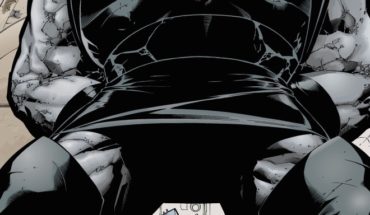