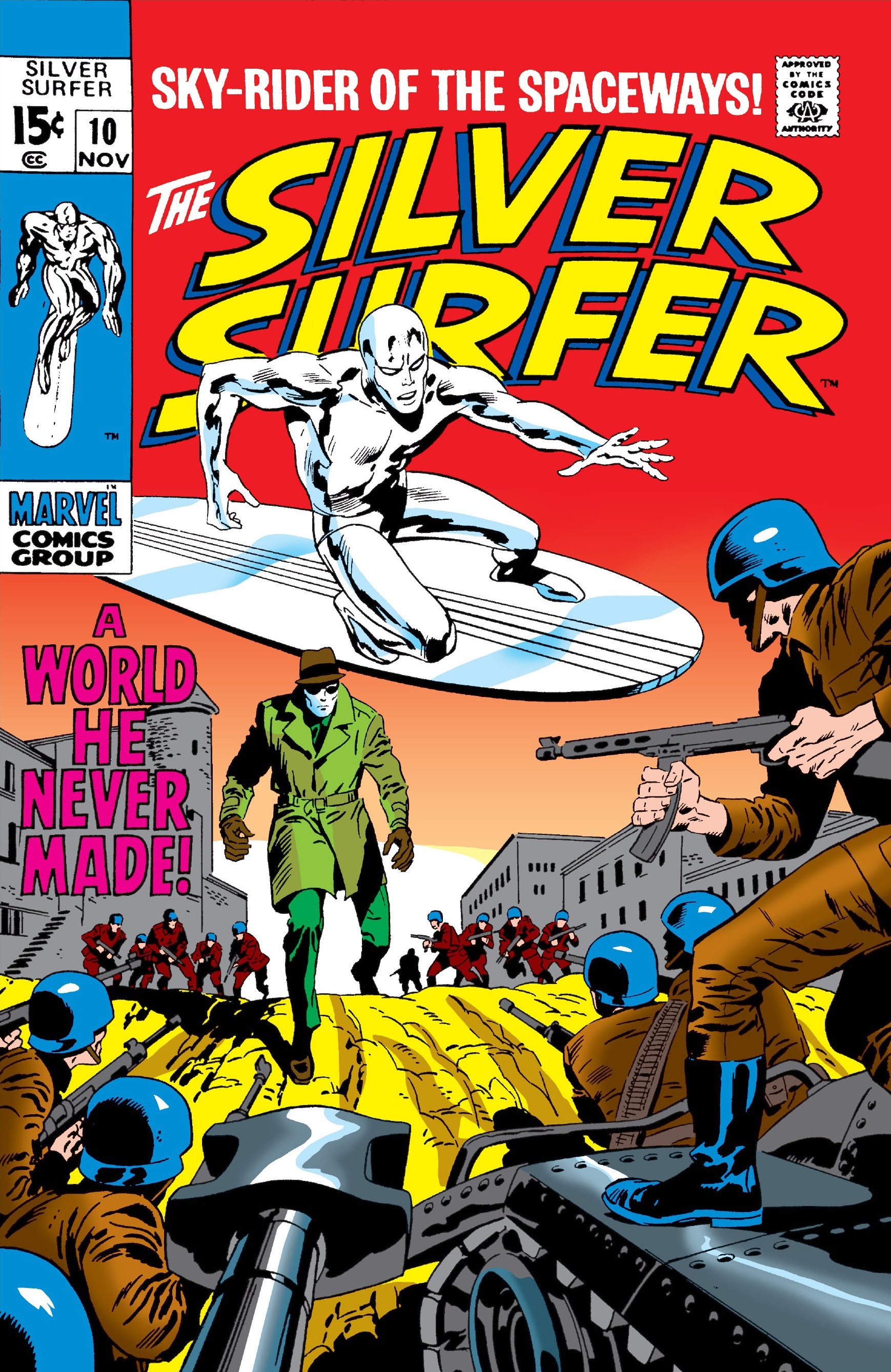 What do you think of when you hear the tag line, “A World He Never Made?” Why, Howard the Duck of course. It was the undertitle to his comic.

I really had no idea it wasn’t original!

Silver Surfer #10 focuses on his being trapped on Earth.  In prior issues, it’s pretty much been the same focus–and each issue he tries as hard as he can to get away from our planet, return to Zenn La, and reunite with his one true love, Shalla Bal.

In this issue, he appears to be resigned to his fate.  He decides to “make the most” out of being stuck here on Earth with barbaric, warlike humans by attempting to walk among them and experience their ways. Unbeknownst to him, at the very same time, Shalla Bal has decided not to wait for him any longer–she’s going to come to Earth and find him.

Just when she reaches Earth’s orbit and finds him on her screen, Surfer is kissing an Earth woman.

Still, she’s a good woman.  She goes to the planet’s surface anyway, and even takes a bullet for ol’ Norrin Radd…

So we get what has become traditional for this comic: A heartbreakingly ironic ending.  They are finally united, but her injuries can’t be treated with Earth medicine (or, apparently, with the power cosmic–even though it can repair a complex spacecraft), so he puts her on the next flight back to their home planet. It really sucks to be Silver Surfer.