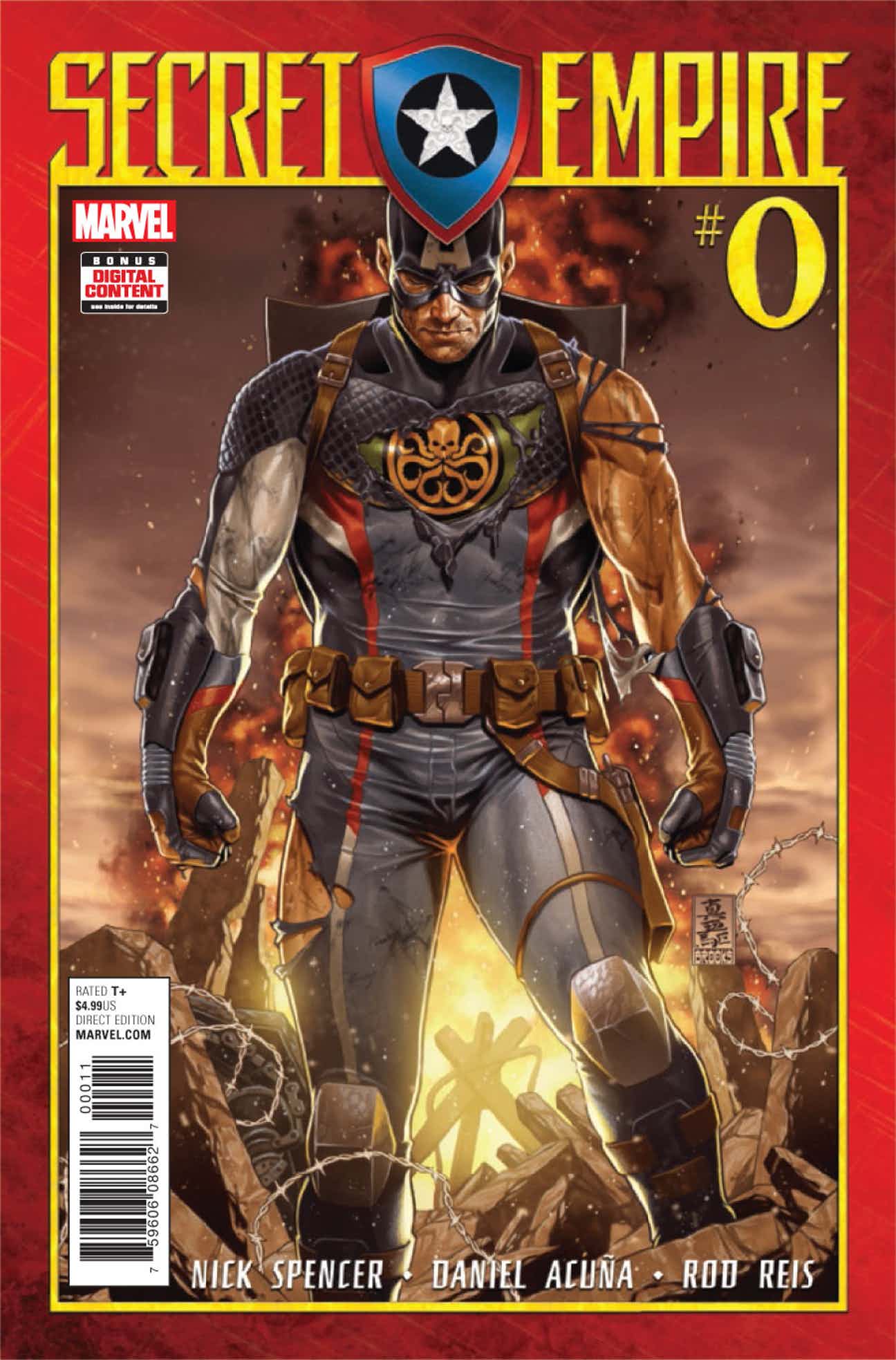 Overall sales dropped 13% last month. Thirteen percent! I’d like to say that Americans are learning to save their money, but the fact is: Comics are way too expensive ($3.99 for 10 minutes of reading!) and the constant rebirths, reboots and renumbering don’t reward loyal readers. Comic fandom used to be an underground elite. Now it’s just a test audience for movie and TV properties.
Marvel controlled 38% of the market, DC 34%, and Image 10%. DC and Marvel are closer and closer these days, which I personally believe is more a reflection of Marvel’s decreasing quality rather than any increase over at DC.

The “Lenticular Editions” had special hologram covers, so you can see how the numbers are misleading. If they’d treated these editions the same way they treat variant covers, Batman #21 and Flash #21 would have been the top 2 comics of the month. And I know what you’re thinking: How did Flash get up there?!?

It’s “The Button” saga. It’s a Batman crossover. Because if you’re DC, the only way you can sell a book is somehow tie it to Batman.

On the Marvel side, only new launches made the top 10. No #2 issues. That’s gotta be a little scary for them. And what should be scary for you, as readers of quality literature, is that most of the best books sold last month didn’t even crack the top 40. Image’s God Country, Kill or Be Killed and Paper Girls; Valiant’s XO Manowar reboot; DC’s Doom Patrol and Wild Storm; and Marvel’s Moon Knight, Kingpin, Jessica Jones and Infamous Iron Man, all were ranked below #80. To quote the President: “Sad.”

On the trades charts, DC took 31% of all dollars spent, Marvel took 23%, and Image took 20%. That’s pretty standard-for some reason, I guess, DC readers are trade waiters. Here’s the top 10: