Back in the early days, annuals were often good and often mattered.  This one wasn’t, and didn’t.

Don Heck is just the worst.  That drawing of Iron Man looks like it was drawn by me.  Left-handed.  With my eyes closed.  When I was five. 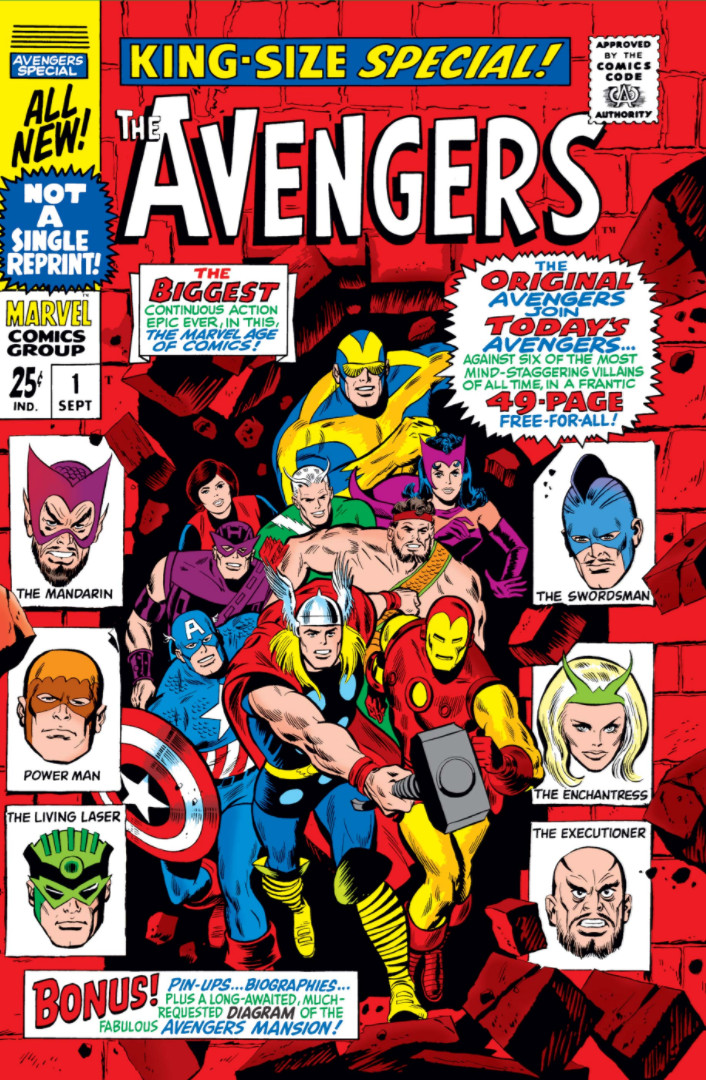 The only redeeming potential here is that it may be the first Evil Avengers, of sorts, by which I mean that the story assembles a bunch of villains, already known from stories featuring solo Avengers, teaming up to fight team vs team: The Mandarin, Swordsman, Living Laser Power Man, Ultimo, Executioner and Enchantress.