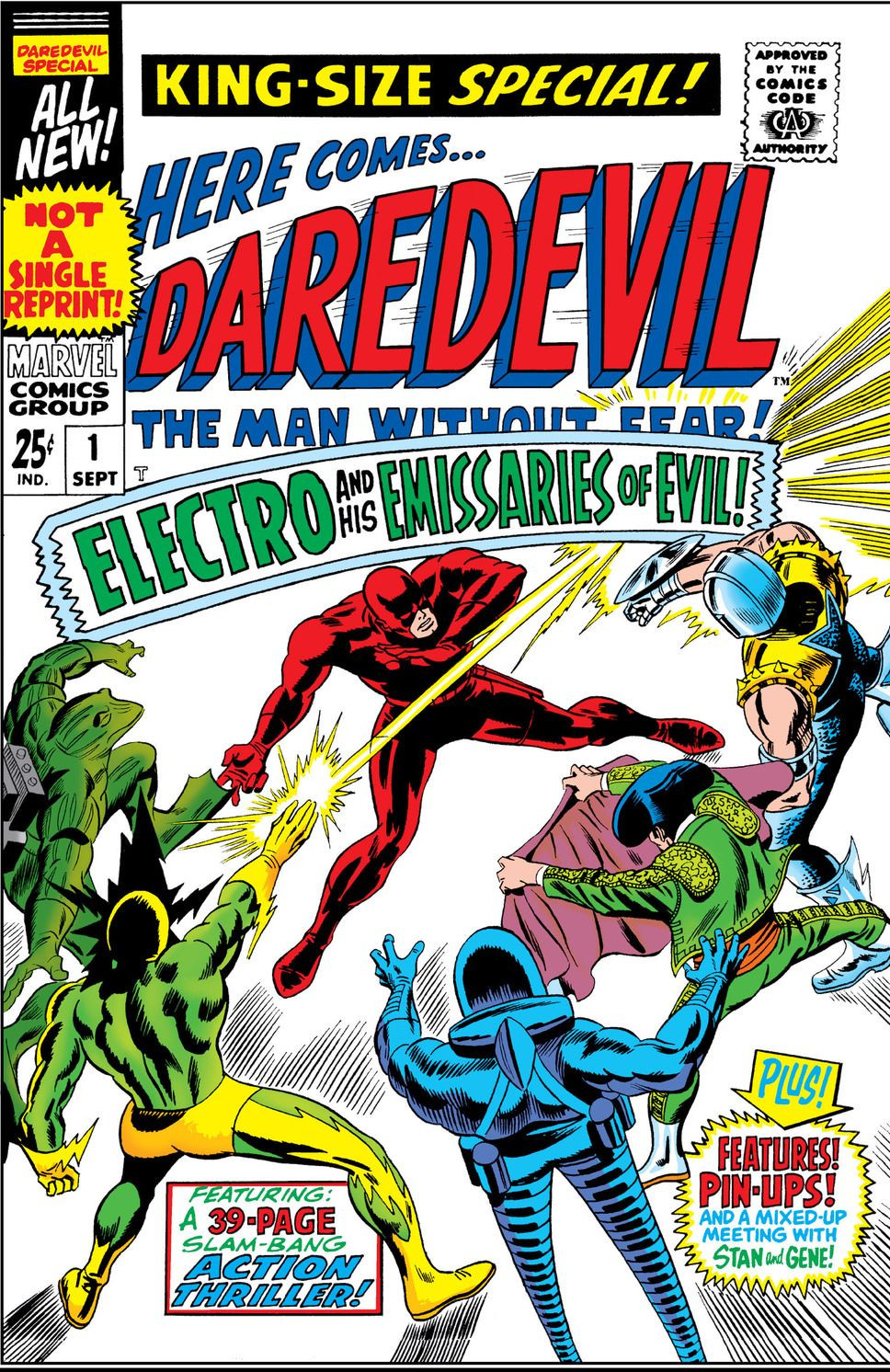 These days, having a Spider-Man villain cross-over and become a DD foe isn’t a big deal.  Especially given that Kingpin became an A-list villain only because he crossed over and was reshaped and reformed at the hands of Frank Miller.  But back in 1967, DD and Spider-Man were barely even friends, so the story titled, “Electro, and the Emissaries of Evil!” probably got a lot of readers very excited.

In this story, Electro recruits Gladiator, Leap-Frog, Stilt-Man and The Matador to kill Daredevil with style.  It’s not a great story, but Gene Colan, as always, knocks it out of the park.