Home
Earth's Mightiest
MARVEL LEGACY: THE BIG EVENT FOR 2017 (AFTER THE OTHER EVENTS OF 2017) Secret Empire will change everything! Until the summer, when “Generations” will somehow restore our original heroes, like Steve Rogers and Odinson, to their roles as the foremost reps of their heroic characters (or it won’t)! Then it will all change yet again, with Marvel Legacy!

Over the past few months, and especially at Chicago’s big comic con on April 21-23, Marvel announced what its legacy event will be, and how it ties to the “Generations” promos we’ve been seeing. It will launch with a 50-page one-shot by Jason Aaron and Esad Ribic, with a foldout cover by Marvel executive Joe Quesada. It’s intended as a jump-on point for any new readers-a restart (but not reboot) of the Marvel Universe. After the single issue of Marvel Legacy is published, many Marvel books will be renumbered again. But, unlike so many line-wide events, the numbering won’t go to #1…It will resume the title’s original numbering!

I’m totally supportive. I think reading Captain America #1,940 or The Amazing Spider-Man #3,041 (or whatever the numbers will be) gives such a great sense of history-kids know their parents grew up with these characters, and sometimes their grandparents did too.

I’m actually excited for an event!

What’s most interesting about Legacy is that it doesn’t involve a major character’s death (or “death,” since they almost always come back), and it really seems to be a recognition of the company’s history. That’s something that’s been lacking with all the younger, nonwhite and nonmale versions of the characters that have been popping up over the past half-a-decade.

And while I’m talking about Marvel events, I’ll acknowledge that Secret Empire #0 was pretty good. I had very low expectations because I’ve found Nick Spencer’s Captain America work incredibly underwhelming, and the “Hail Hydra” story didn’t get me at all: I saw the Cosmic Cube thing coming a mile away. But the zero-issue for this mini-event was pretty good, and I can see how it will lead into the kind of linewide rebirth that they’re promoting with Legacy.

And who knows, if it works maybe we don’t need another huge, game-changing, linewide renumbering/rebooting next year. After getting one a year for the past several, we could all use a break. 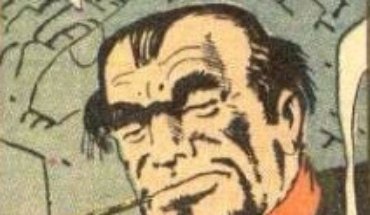