Home
Earth's Mightiest
JANUARY 2017 IS A PROMISING MONTH FOR COMIC BOOK SALES: The top 10 books sold, and what the top 10 SHOULD have been! The total number of comics sold in January 2017 was up from 2016. Not by a lot, but any gain in an industry that’s struggling to stay relevant is a good gain.

Sadly, that doesn’t speak to the quality of what everyone bought. The #1 selling book was “U.S. Avengers,” which, despite being multicultural, was simply bad. There’s no debating that. Especially when issue #2 shot all the way down to #94 on the list. It lost its audience faster than a speeding bullet. It’s also worth mentioning that it took over 50 variant covers for USAvengers to get to the top of the list. That’s cheating, as far as I’m concerned—marketing over quality.

In the trades, IDW’s “Love is Love” topped the list—a niche book targeting the Valentine’s Day gay crowd mostly. Not a surprise that comics are popular in left-leaning, nonmajority populations.

Marvel crushed in market share, selling 43% of all books sold and taking 37% of all the dollars spent. DC came in second, of course—and a distant second, capturing just 31% of the market. Image held steady at just under 10%, where it’s been for a long time. I predict this is the year they break into double digits, for at least one month. 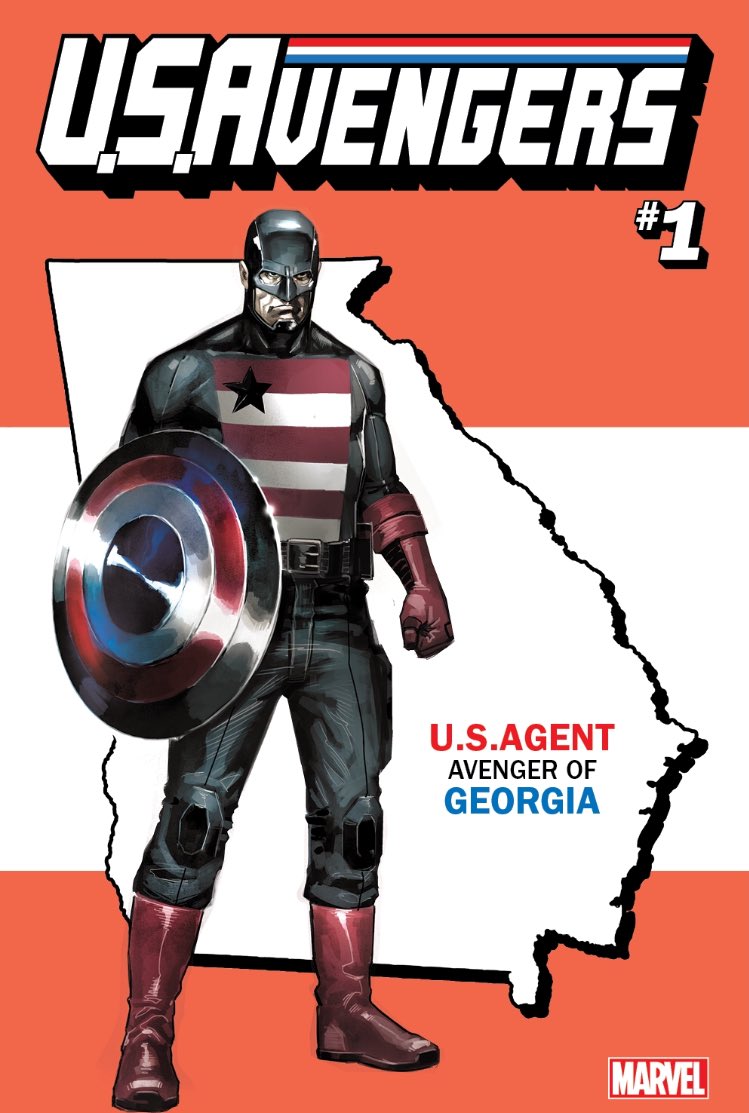 See what I mean about quality? Walking Dead and Batman are still pretty good books, but the rest of this list is just bad. Even Amazing Spider-Man, which overall is probably my favorite comic of all time (if you consider the 50-year publishing history), has become unreadably bad. Why are people buying this stuff instead of the many books out there that are great and fighting for an audience? (I know, I know: It’s the movies, stupid.) But seriously, even if capes-and-tights are your thing (and God knows they’re mine!), there are so many better books out there. 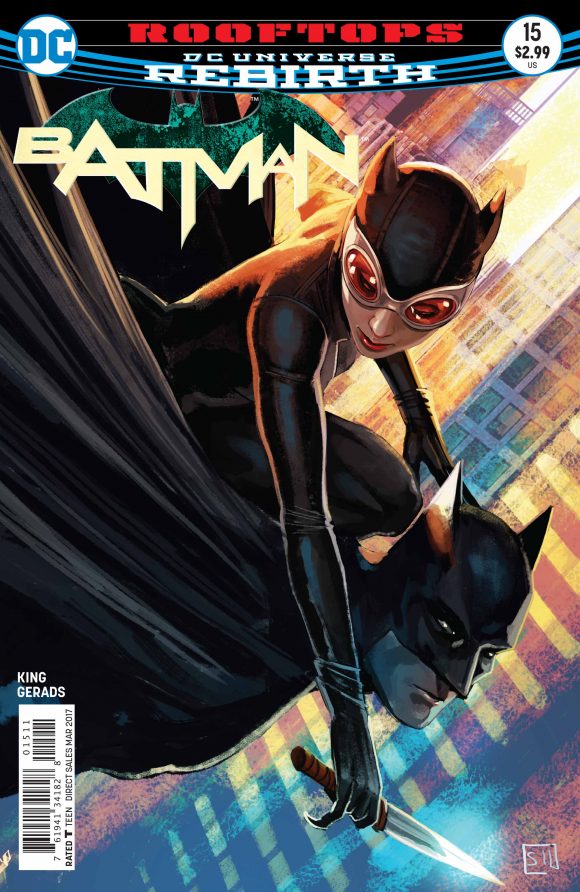 Here’s what the top 10 SHOULD have been…

1. Batman #14/15 (DC, #2&3 on the real list). I can’t disagree with these issues—particularly these two issues, which focused on a Catwoman/Batman rendezvous and were truly extraordinary. Just so I can fit in more on my list, I’m counting these as one issue.

2. Saga #42 (Image, #50). Two issues of Saga came out in January, but the other one was a late shipment so I’m not counting it.
3. Doom Patrol #4 (DC, #105). This book is one of the most interesting DC has put out since…The last Doom Patrol reboot. Super-highly recommended.
4. Divinity III: Stalinverse (Valiant, #215). Valiant continues to pump out interesting stuff. I know very little about their extended universe, and I could easily understand this comic, which is basically a “What If?” involving the Valiant universe. Lots of fun, wonderfully executed.
5. Moon Knight #10 (Marvel, #78). Jeff Lemire’s story is a little too decompressed at times, but that’s a small price to pay for a truly brilliant take on the unification of a schizophrenic mind. And the art is

phenomenal.
6. Black Widow #10 (Marvel, #124). Mark Waid and Chris Samnee wind down their terrific run with this character. And all the superhero zombies can read this because, hey, she was in a movie.
7. Old Man Logan #16 (Marvel, #40). Andrea Sorrentino is producing the best-looking book in Marvel’s lineup.
8. Bloodshot USA #4 (Valiant, #244). Wow. Two Valiant books in my top 10!
9. Infamous Iron Man #4 (Marvel, #68). The Doctor Doom iteration of Iron Man is a fun distraction from the real rich despot who is taking over the world.
10. Foolkiller #3 (Marvel, #190). I was extremely skeptical about this book, because nobody has made a decent Foolkiller book since the 1980s, but this one hews very close to the original Steve Gerber work and it’s actually very, very good and very, very different. If it’s too “out there” for you, you can stick Jessica Jones #4 on the list (Marvel, #85). It’s not nearly as good as Alias was, but it’s still very solid Brian Michael Bendis work, at a time when Bendis isn’t making the kind of quality books he used to. So I tried to stay in the super-realm for my hypothetical top 10, because that’s what sells—and if you’re buying what’s in the top 10, try what’s on my list! But there’s some really interesting other books you should give a try to, if you can venture out beyond superpeople, like:

And while we’re here, I’ll just list the top 10 trade books as well: