Sandman, Paste Pot Pete, and The Wizard decide to form a band, but they need a girl if they’re going to parallel the makeup of the Fantastic Four, so they go a remote island and find the mythical Madame Medusa. They attack the FF and lose.  That’s basically it.

Fun story, though.  Also, it’s interesting how Sandman appears to have given up on fighting Spider-Man, and now he’s going to be an FF villain.  His shape-changing powers match better against the FF, given how Reed Richards was treated more like Plastic Man in these early issues (by taking on various shapes and sizes, instead of simply being stretchy and rubbery). 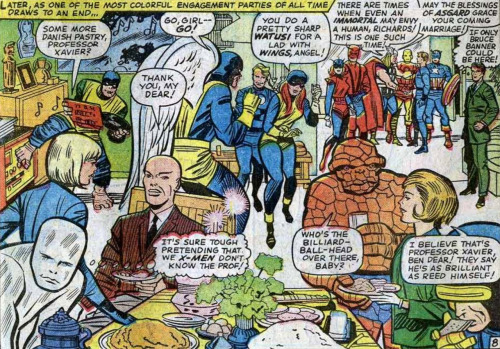 I like how Rick Jones is pining for Bruce.