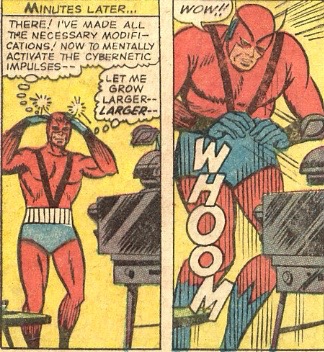 In this issue, Hank figures out how to change size using a mentally activated helmet.  Which is kind of strange because decades later, when Scott Lang steals Hank Pym’s equipment, he’s still using gas to shrink.

Anyhow, he’s still a supreme dick.  He’s got a hottie like Janet Van Dyne around, and he barely notices her.

She redesigns her costume in this issue.  I think it’s the first time she did that.  During the Roger Stern run in the 1980s, she was designing new costumes for herself every issue, and also designed ones for Wonder Man and some other people, I believe.

There’s also a “Tales of the Wasp” backup feature in this issue. 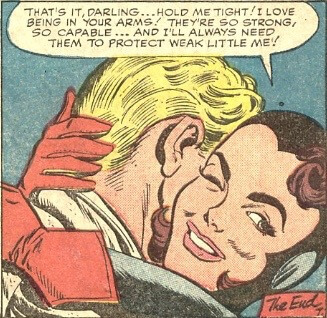 It’s not a great story, but she breaks the fourth wall by winking at the reader.

Grade: C+.  Not a terrible comic, and somewhat historically significant. 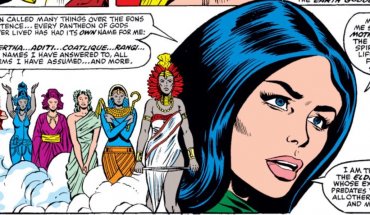