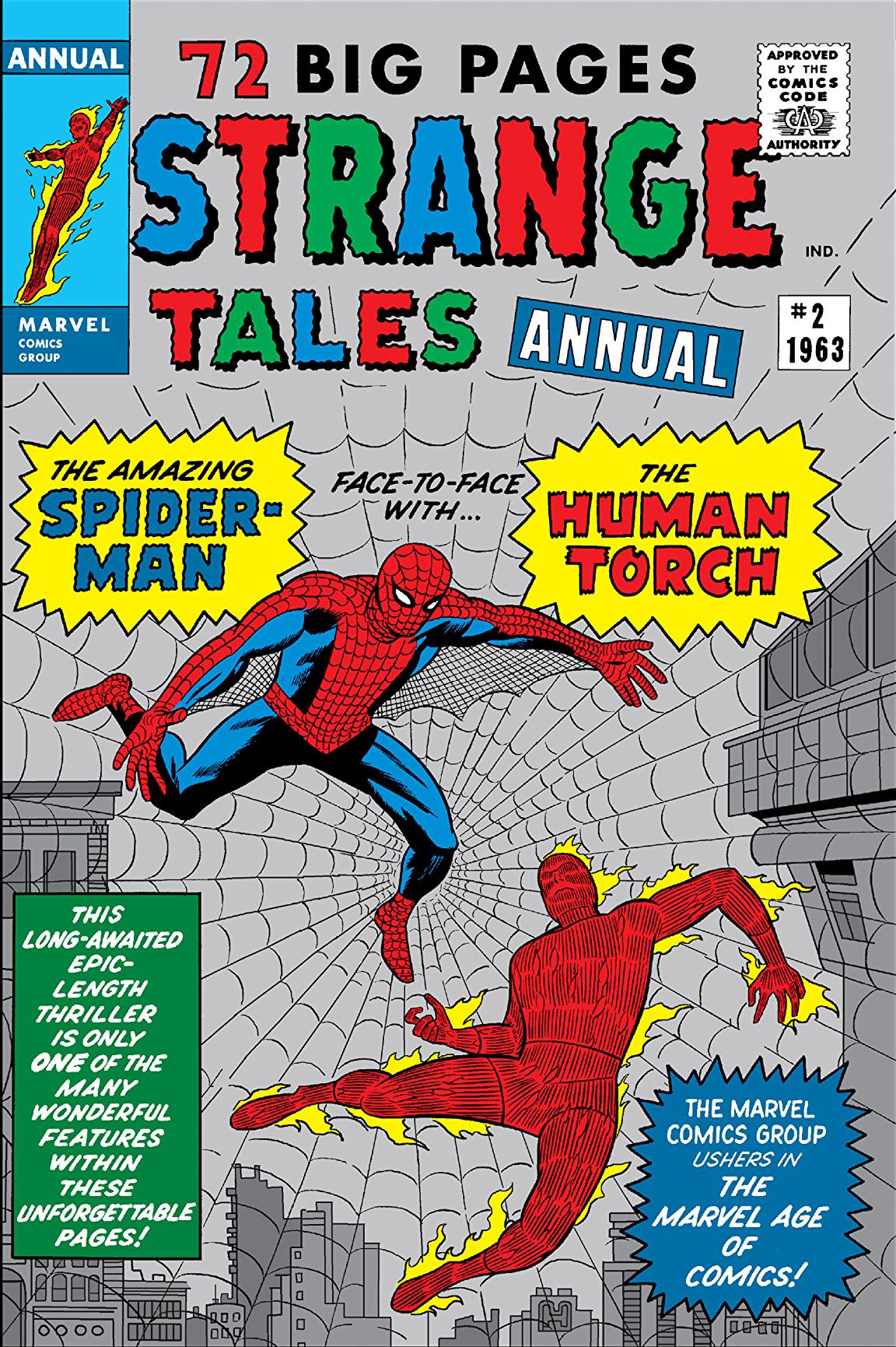 So this is neat: The two legendary artists most responsible for Marvel’s early success team up to create a comic teaming up the two titles most responsible for Marvel’s early success (Spider-Man and Fantastic Four)!  It’s also the first time we see someone other than Steve Ditko drawing Spider-Man, other than on the cover of Amazing Fantasy #15-also penciled by Kirby, inked by Ditko.

By most accounts, this is the first annual with mostly original material to take place in the actual Marvel Universe.  (The second was Fantastic Four Annual #1, which came out the following week.)

Nerdwise, it’s an incredibly significant story because it’s the first time Human Torch and Spider-Man meet on the crown of the Statue of Liberty.  This would become an iconic rendezvous site.

I’m pretty sure it’s also the first issue where Torch uses his fire powers to create “fire duplicates” of himself.

Other than that, the story itself is pretty “meh.”

Human Torch (solo and appearances not in Fantastic Four), Marvel 1963, Spider-Man and Human Torch at the Statue of Liberty, Spider-Man appearing outside his own comics
Tweet Pin It