Probably the most respected award in the industry has announced its nominees for the 2017 Hall of Fame. And anyone who is a creator, publisher, editor, retailer, librarian or comics historian/educator can vote. It’s easy! I registered and voted already for my favorite four. Register and vote here: www.eisnervote.com.

Here’s the candidates (4 will be selected, so you can vote for up to 4): 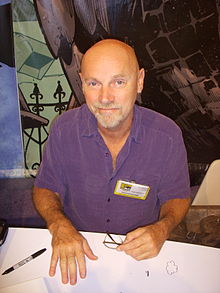 It wasn’t an easy choice for me. I went with Englehart because he’s my second-favorite 1970s Marvel writer (after Steve Gerber); George Perez because of his work on The New Teen Titans and Crisis on Infinite Earths, but there’s many other good reasons, too; Simonson because Frog Thor (and he’s a helluva guy whose influence on comics cannot be overstated); and Jim Starlin, who is probably the best cosmic guy every to work in comics (not just at Marvel, his Dreadstar series is one of my all-time faves). It was hard not voting for Garry Trudeau, especially at a time when political cartooning seems like an exceptionally important profession. And it was also hard not to vote for P. Craig Russell, whose work is gorgeous. But you can only do four.
Go vote!