Manhunter first appeared in Police Comics #8, which published by the now-defunct Quality Comics that was bought by DC back in 1956.  This initial iteration was police officer Dan Richards, who became “Manhunter” to track down a fugitive murderer after Dan’s brother was framed as responsible for the killing.    I don’t have these books to read, but I can tell you that he had a dog named Thor.  So that’s cool.  But it’s in no way related to the Manhunter we’ll be reading about here.

After DC bought the rights to the character, they reintroduced him as Paul Kirk, Manhunter, who first appeared in Adventure Comics #58.  But a few years later, in issue #73, the creators of Captain America, Joe Simon and Jack Kirby, created a new Manhunter: Rick Nelson, a big game hunter who hunted the “most dangerous prey of all…Man!”  In the very next issue, though, he was inexplicably renamed as Paul Kirk.  Weird.  I don’t have these comics, either, so I sadly can’t include them as part of my “A Panel From Every Issue Of…” feature on the character.  This is all just for background.  For uber nerds like me. 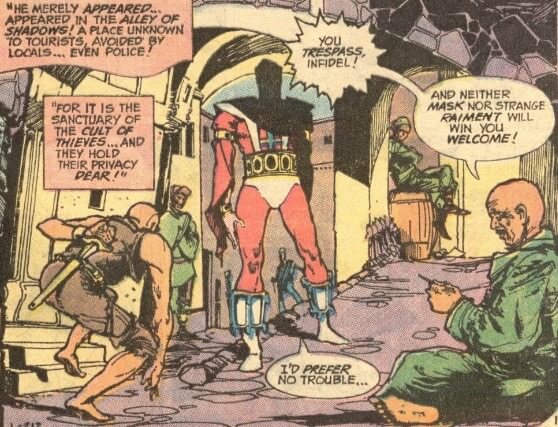 No, my retrospective will begin the 1970s, when future legendary creators Archie Goodwin and Walt Simonson revived the Manhunter for a series of backups in Detective Comics, beginning with #437.  The first story, which ended in issue #441, offered the origin of Manhunter.  The splash page introduces him with his face in the shadows, wearing boots that are unmistakably designed by Simonson.

We learn only a little about the character in his debut, an 8-page story.  He’s mysterious, he’s got ninja-like skills, cool weapons, and he’s a master of disguise who is being hunted by Interpol…. 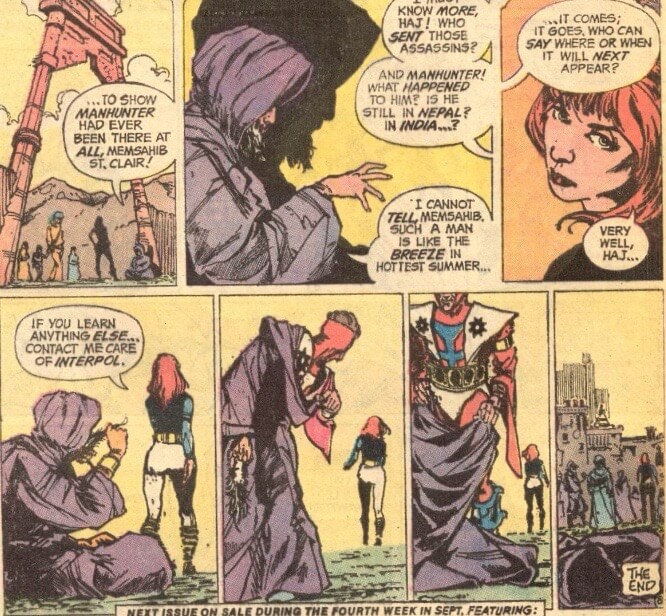 Next: More from Goodwin and Simonson! 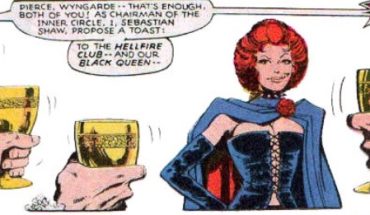 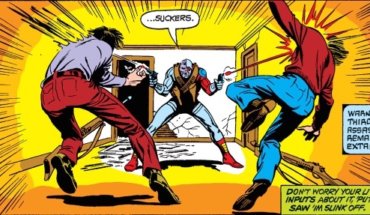