I missed the Baltimore Comic Con again this year—I gotta go next year—and the Harvey awards came out again. Saga won four (it just keeps on winning!), a Peanuts tribute book won three, and, in a bizarre twist, Valiant lost in every category—and it was nominated in nearly every category, too! Just being nominated is a good thing, and perhaps the fact that it often had multiple books nominated in the same category led to split votes so, in the end, Valiant was shut out.

BEST LETTERER went to John Workman, who has been in the business for almost half a century and got his win for working with Walt Simonson on IDW’s Ragnarok book. Ironically, Workman first became famous for his work with Simonson on Thor. It’s all a big circle, see? Valiant was shut out of this category, despite having three nominations. 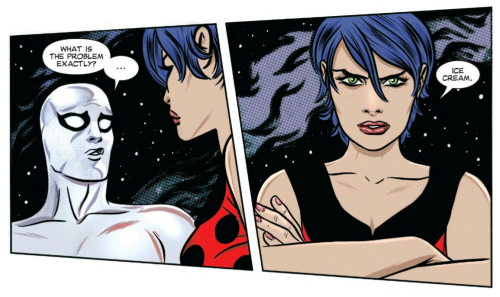 BEST COLORIST: Valiant again had three noms, but lost to Marvel’s sole nominee: Laura Allred for Silver Surfer. Allred is terrific, and Silver Surfer is a very tough book to color, so kudos to Laura! Note that Jordie Bellaire, who is probably the best colorist in comics right now, lost for Image’s Warren Ellis joint, Injection. It’s not Bellaire’s best work, nor Ellis’ for that matter, so I’m not surprised at the loss.

this time with four nominees in the category. Marvel didn’t even get one nom.

BEST NEW SERIES went to Brian “Saga” K. Vaughn’s other great Image comic, Paper girls, defeating the new Archie comic, Marvel’s The Vision, BOOM!’s Giant Days, and, yes, one Valiant book: Bloodshot Reborn. The Vision is the most (ahem) visionary comic Marvel’s made in years, while Paper Girls is good but…Just a good romp. Vision was robbed here. But, hey, at least Vision author Tom King took the MOST PROMISING NEW TALENT award. Between this and his work for DC and Vertigo, he’s easily the most exciting writer to emerge in years. And guess what? He beat two Valiant nominees!

The SPECIAL AWARD FOR HUMOR IN COMICS is ridiculous. Five Valiant nominees, one Marvel one, and Chip Zdarsky takes it for Howard the Duck. It’s not even a good comic. Hmph. I can’t understand how it beat wonderful Valiant books like Quantum and Woody and Unity.

Top Shelf’s Civil Rights comic March Book 2 won a couple awards (BEST BIOGRAPHICAL, HISTORICAL, or JOURNALISTIC PRESENTATION and BEST ORIGINAL GRAPHIC ALBUM), which is cool because I can’t remember the last time a comic book got so much news coverage. It’s getting good praise for the medium, while telling an important story. Can’t beat that with a bat. 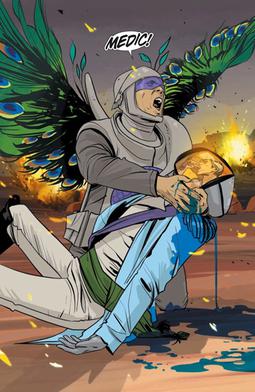