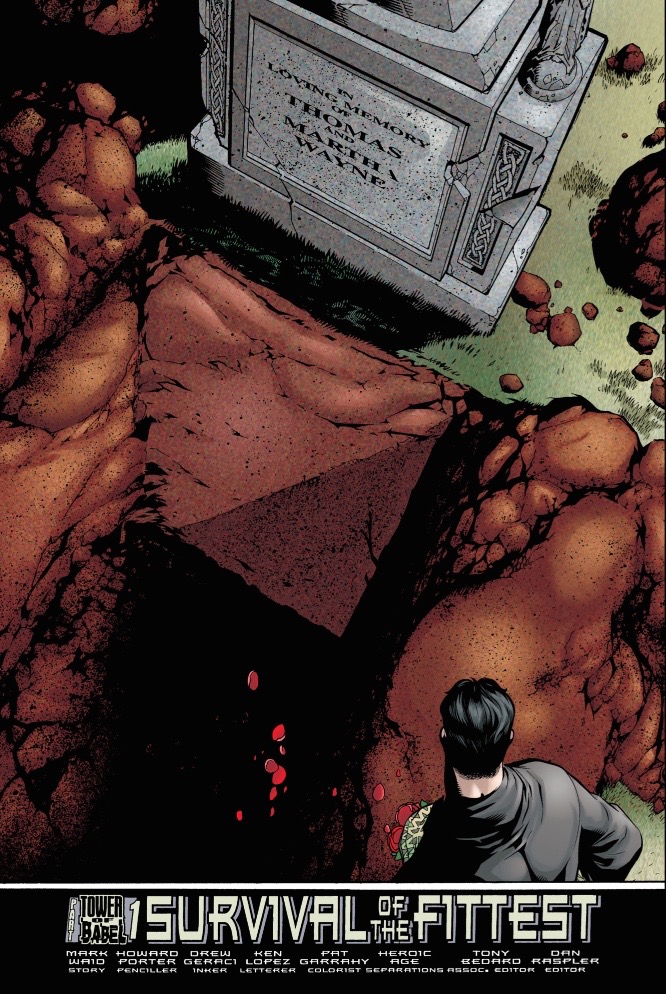 Mark Waid takes over the title in total, and gives us one of the best JLA tales ever—and also one of the best Batman stories. Yeah, this is the one where Batman’s ability to plan and prepare for anything exposes him and his teammates to peril and threats in their personal lives. The essential elements of this story are still shaping JLA stories today—it’s truly a great one. I don’t need to say more, as there are massive articles dedicated to this story. 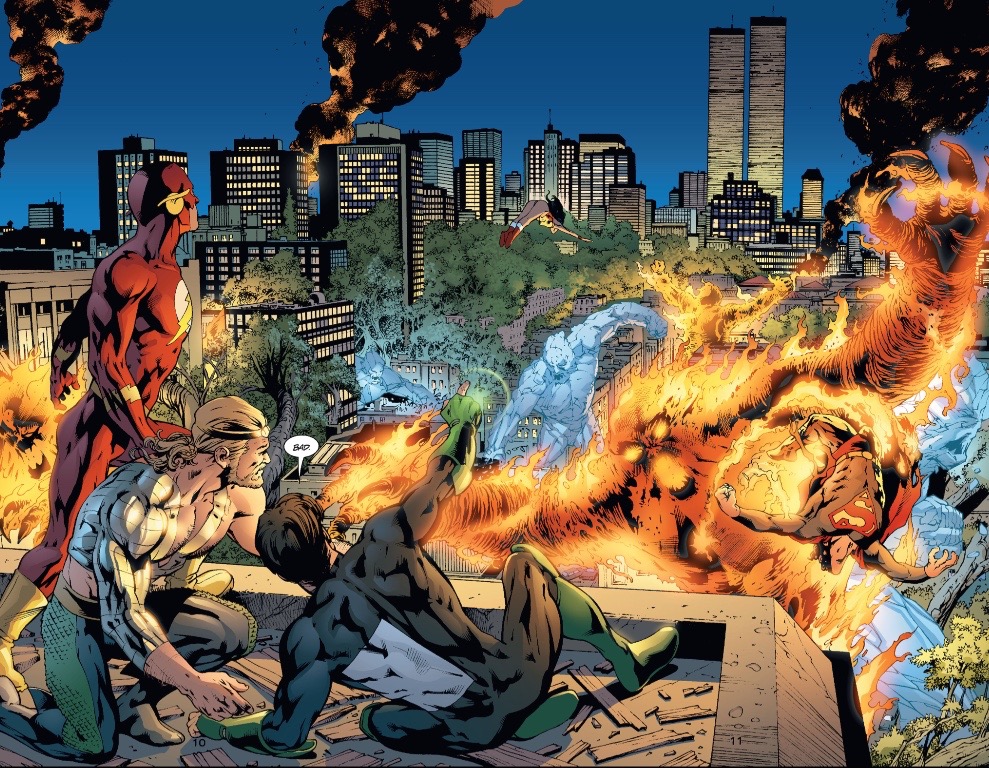 From here, Mark Waid gets paried up with the great Brian Hitch and we get some of the best-looking issues of Justice League ever. And to Waid’s credit, the team never really shakes the events of Babel. In issue #50, we see Superman coming back to Batman to talk about Bats rejoining the JLA… 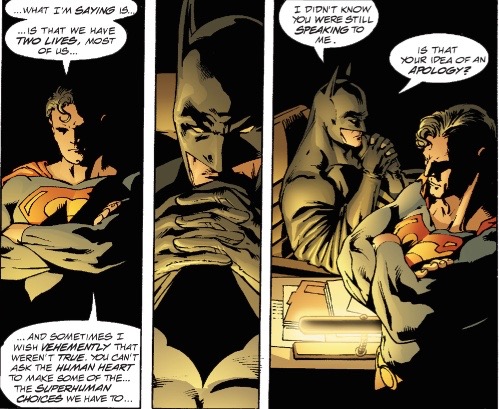 Look at Batman’s arrogance there: He almost got his teammates killed, but he’s still self-righteous. This is the Batman I love. To me, this is the essence of the character. 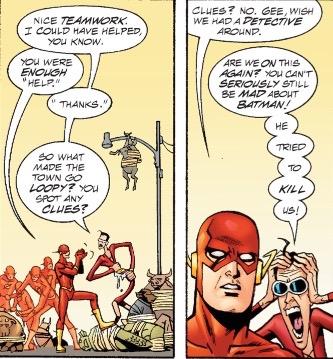 See? Plastic Man gets it! It’s also worth noting that Plastic Man is a completely stupid character, but Mark Waid writes the hell out of him and makes him relevant. He even gets to be a part of the last frames of Waid’s run. 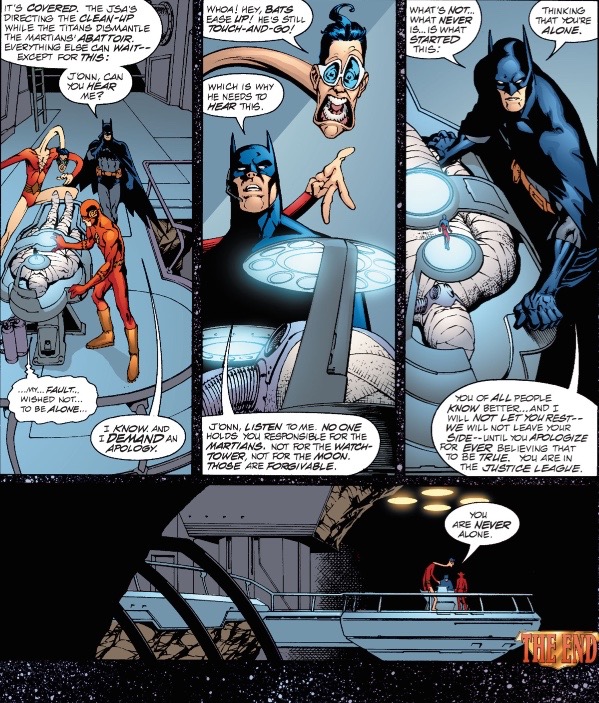 Yes, Mark Waid ends his run in a traditional way: Reseting the playing field for the next guy. But it’s a damn fine run he gave us, and one that still holds up today.

Okay, technically that wasn’t the end for Mark Waid. After a fill-in issue by Chuck Dixon and and Scott Beatty, Waid gives us a Christmas story. We’ll look at that tomorrow. 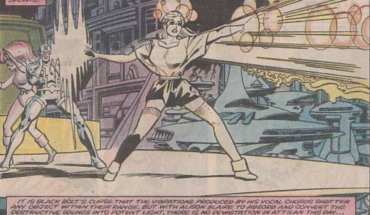