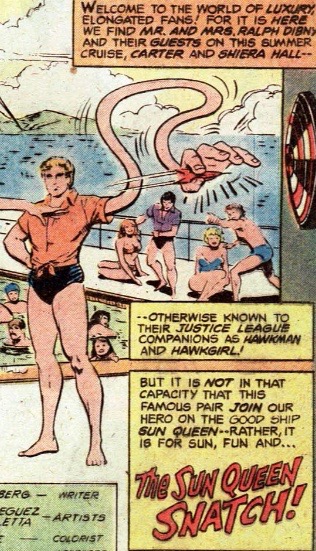 So these are the issues where Green Arrow does a big, dramatic resignation from the team because he doesn’t like the way the organization is being run, and they’re good stories (Gerry Conway finally seems to have found his voice), but it’s the back-up feature by Paul Kupperberg, Rodin Rodreguez, and Vince Colletta that gets mentioned here.  Mostly because of the title.  Wow.

It could only have been better if they called it “Enlongated Man in the Sun Queen Snatch.”