Home
Earth's Mightiest
COMIC BOOK NEWS OF THE WEEK: DEADPOOL IS THE KING OF ALL SUPERHEROES, THE RETURN OF SCOOBY DOO, AND MUCH MORE!

Who needs Batman vs Superman? I wanna see Deadpool again!
Deadpool held the #1 spot in the US for a month, and has now become one of the top 50 grossing movies of all time. It’s made more than two Star Wars movies and Independence Day. And it’s well on the way to become the top grossing R-rated movie of all time—beating American Sniper (#2), Passion of the Christ (#1), The Matrix, Hangover, and Beverly Hills Cop, among others. It even made more than Man of Steel, proving that Deadpool really can beat Superman in a fight! So naturally, the studios are doubling down on “serious” superhero movies. The sequel to Suicide Squad (which will hold at PG-13) is already greenlit, even though we haven’t had the chance to hate it yet. Batman vs. Superman is getting an R-rated DVD release, even though we haven’t had the chance to walk out of the theater before it’s over. Wolverine 3, the third in a mediocre series, will up the ante to R.

It’s about the quality, stupids. Not the darkness. In fact, Deadpool really wasn’t dark. It probably has the R rating more for creative cursing (at one point he calls someone a shit-splatter) and the sexual content (his girlfriend does him with a strap on). Deadpool was funny, creative, different, sometimes shocking, and, most of all, it was a labor of love. It was something the creators spent

years working on, making better, and putting all their hearts into. These other movies…Not so much.

I don’t have any plans to see BvS in the theaters. I mean, I probably will, but I don’t have plans. What I’m doing instead is watching Daredevil Season Two.

And in other news…

SHANG CHI IS COMING TO NETFLIX. Perhaps in response to claims that Marvel was racist for casting a white guy to play Iron Fist (a character defined by being a white orphan in a mythic Asian land—but hey, it’s the internet so white=bad), Marvel will include Shang-Chi in its Iron Fist series and in the everyone-comes-together Defenders series that will end its first phase of Netflix shows.

LUMBERJANES COME TO GOTHAM CITY. DC and Boom! Comics will do an old-fashioned cross-over, with 6 issues of Boom!’s most acclaimed comic, Lumberjanes, meeting the cast of DC’s critical favorite, Gotham Academy.

THE FIFTH BEATLE COMES TO TV. Vivek Tiwary’s, Andrew Robinson, and Kyle Baker’s wonderful graphic novel (published by Dark Horse) about the live of the Beatles’ gay-and-closeted manager, Brian Epstein, may be developed for a TV miniseries. The comic won an Eisner.

VENOM IS STILL AT SONY. Looks like Marvel taking Spider-Man, and all the excitement around it, has got Sony believing it can still find life in the Spider-franchise, and it’s resuscitating it’s plans for a solo Venom movie. I’m sure it will be rated R, will be violent, and will be as good as 90% of Venom’s solo comics. Which is to say, it won’t be very good at all. 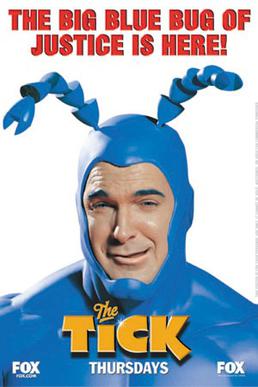 SPOON! Amazon is fighting like hell to be your streamer of choice over Netflix, and their latest salvo in the content wars is…The Tick! The cartoon of Tick was easily one of the best supertoons of all time, but the live version never got its due. It starred Patrick “Rules of Engagement” Warburton as the titular hero, and it was hilarious. Well, Amazon wants to bring a reboot series to your screens, albeit without the cast from the previous failed version. Wally Pfister is in talks to direct—he worked as a director of photography on Chris Nolan’s Batfilms.

AND SPEAKING OF OLD CARTOONS…HANNA BARBERA! I think I already told you all that DC is launching comics based on H-B characters, but who knew they’d have such a murderer’s row of talent? I’m a big supporter of comics for kids—if we don’t get kids reading them, the art form will die off—so I’m hoping these are as good as the people who create them. Here’s two titles to look forward to in May…

CINEMAX TO OUTCAST: WE LOVE YOU EVEN THOUGH WE HAVEN’T MET YOU YET. The series based on Robert Kirkman’s latest horror comic is set to debut in June, and it’s already been renewed for season 2. It’s a great comic, and Kirkman really understands how to get people to read comics without gimmicks like variant covers and new #1s. Hint: It’s the writing, stupid.

DC TO MARVEL: ANYTHING YOU CAN DO, I CAN DO WORSE. To counter program against Marvel’s Civil War movie and event-reboot, DC’s Cyborg comic is launching The Cybernetic Regulation Act, which means the US government will be hunting down the titular hero.

Let’s end it all there. 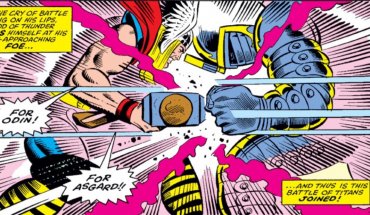